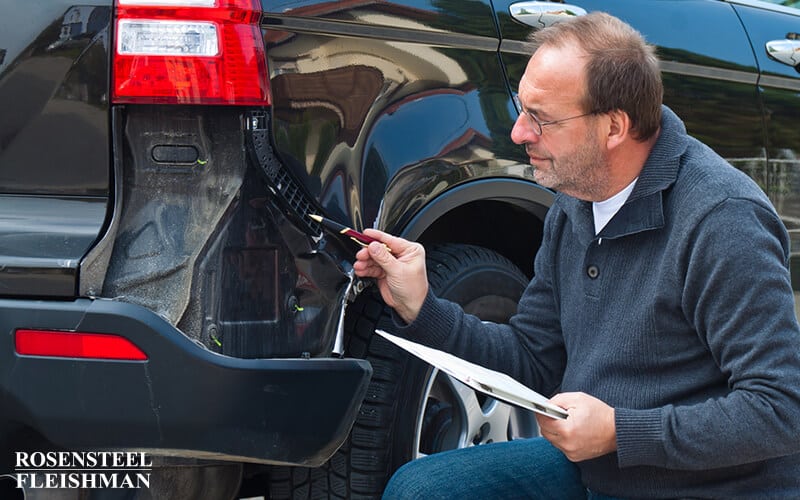 Handling “separate” injuries may seem like a pretty good idea in terms of picking separate lawyers. Some lawyers, in fact, may feel as though their expertise in an auto accident case has very little to do with another attorney’s expertise and handling of north carolina Worker’s Compensation. In reality, there can be very practical reasons to have one attorney – with expertise in all types of trial practice – handling both cases.

We are going to talk here about what unfortunately happened when someone decided to have two different attorneys for their original workplace injury, and then for an auto accident. Perhaps, there was bad advice from friends: perhaps someone suggested that they were two very different types of cases. But only an experienced trial attorney who has workers compensation experience was really qualified to explain why there was an important overlap in these cases. Advice, whenever there is a serious physical injury, or subsequent injuries, should usually be had with ONE very well-qualified attorney. If that doesn’t happen, it’s vitally important that all legal experts involved are aware of anything – or other facts of any other accident – that may relate to the extent of injuries and recovery in both cases.

It was this mistake, of divided legal services—almost a wall of silence between the injuries— that undercut the injured worker’s case for the best possible coverage. What followed later was a case of falling dominoes and decreased recovery for the injuries.

As a utility technician, David was used to heavy labor. On June 18, he was lifting a manhole cover in order to get into a sewer line. What made this day different was also life-changing. He sustained serious injuries to his neck and right shoulder. He reported the injury to his employer and promptly filed in appropriate form of the industrial commission: this admitted the employers liability and that the injury was compensable. David was seen by a doctor on June 22, but was told only to restrict work until June 29. In attempting to do his work on that day, he experienced severe pain and was simply unable to handle his job duties. At that point, he asked employer what to do, and the employer told him to get a work restriction from the doctor.

While driving to his doctor’s office to pick up the note, he was involved in an auto accident. It wasn’t immediately known, but later evaluation show that David suffered a traumatic brain injury (TBI) and other injuries in the auto accident. An important point in his favor was that he had been going actively to the doctor’s office for a work-related reasons. Unfortunately, and in an even more important point, was that David had two different attorneys to handle these lawsuits. Later, it became evident that the right hand did not know how the left-hand had been harmed.

Let’s look at the bottom line, of what were treated by the injured employee, as two separate causes of action. In the North Carolina industrial commission case, the defendant employer actually conceded liability. In the auto accident case, there was a settlement of over $45,000 for personal injury… Which included attorney fees and costs and medical expenses. The injured worker received around $16,000 from that case. Unfortunately, that case was about to harm the workers comp claim. On the workers comp side, the workers compensation lawyer fought and won a case showing that David had suffered a permanent 10% disability based on his shoulder injury.

Looking back, of course, the overlap of these accidents could be seen with 20/20 hindsight. It was later proven by the experienced Worker’s Compensation attorney that not only was the employee going to a doctor because of the Worker’s Compensation case itself… but the auto injury was very likely also related to the right shoulder injury from work. Besides, the auto trip to get a medical note was itself related to the workers comp treatment. Instead of looking at two separate cases, as an expert trial attorney would have, a non-expert could logically (but not legally) think of this as two very different episodes. The fact is that trial attorneys who have a wealth of experience want to protect their clients: but need to be involved as soon as possible, and as completely as possible.

This is one of those all too common, sad, and yet all too lasting worker injuries, where an injured worker’s compensation attorney may have won the battle – in fact two battles—and almost lose the war. As noted above, it’s not clear why two different attorneys handled the case. Whether the decision came from attempting to simplify things or perhaps poor advice from a third-party. It does seem pretty clear that there didn’t seem to be an intention to deceive by the employee. The North Carolina Court of Appeals went out of its way to note there had been three contacts with David’s supervisor in the timeframe of the auto accident. What matters was that the best interest of an injured worker is not usually best served by having important legal decisions spread out among different law firms or comp attorneys. Generally, one very well qualified and experienced workers compensation attorney is also going to be qualified to be a personal injury attorney. That should even be a criteria for how you pick an attorney: are they able to handle the wrinkles and nuances of whatever the defense or employer throws at each case?

That qualified experts could come to two different conclusions about whether this was one or two separate cases was evident by the decision of the North Carolina industrial commission itself. The Commission deducted nothing from the Worker’s Compensation case itself, and saw no reason to make a set-off against the workers comp award. On appeal, the employer argued that there were three problems with the award to the injured worker. All three arguments by the employer boiled down to one major point. That was, that the auto accident and its settlement should be deducted from the Worker’s Compensation award. The appeals court agreed and reversed the compensation award, and ordered it to be recalculated with the auto award as a setoff.

This result could likely have been avoided…if only one experienced, trial attorney/compensation attorney had been handling the entire matter.

In so many ways, this injured worker did everything right.  He promptly and fully told his employer what happened. He diligently followed employer orders, and tried his best to work. He’d even told his employer supervisor about the auto accident. If you, a family member or a loved one have been hurt in a workplace incident—or have questions about a prior or recent accident related to a motor vehicle, or involving related claims or your legal rights or hearings, please contact us.  You will speak with an auto accident/ workers compensation attorney who can best answer your questions about how your cases may relate to each other.  There is never a fee for this initial consultation.