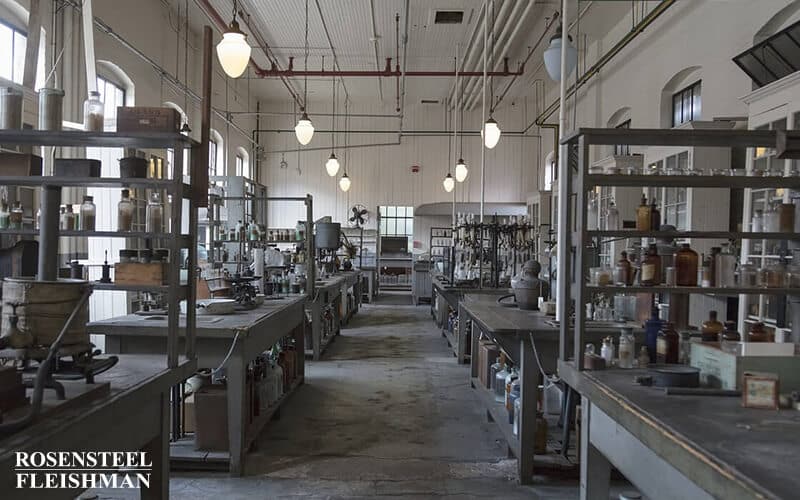 There’s no exact number on how many workers are simply afraid to file for Worker’s Compensation. However, one related estimate puts the costs of workplace injury into frightening perspective: injured workers tend to earn 15% less (over the 10 years after an injury) than they would have earned without the injury. Hopefully, knowing this will encourage injured workers to get the help they need from a workers comp lawyer. Many injured workers, however, simply think that their injuries are going to get in the way of doing the job they want to do. Even more often, as known by experienced Worker’s Compensation lawyers, workers fear they may actually be fired for filing a legitimate Worker’s Compensation claim.

But if the numbers for how many workers are afraid to file for repeat stress injuries is unknown, there are other numbers which are getting increasingly well-documented. One of the epidemics in workplace injuries being under- or non-reported?  Repeat stress injuries. For example, the US Bureau of Labor and Statistics reports that more than 8 million American workers are now affected by carpal tunnel syndrome, every single year. Also, surgery for carpal tunnel is the number two, most common type of musculoskeletal surgery--with back surgery from work remaining a distant first.

So, what happens when a worker, in good faith, attempts to correct for a prior injury, but can never quite get back to the pre-injury level of performance?

One case involved a lady named Alberta M. According to all records obtained by her Worker’s Compensation lawyer, Alberta had been a very good employee, and for a long period of time. That is also one of the common problems with repeat stress injuries…the same work, though not necessarily physically hard, nevertheless wears out joints and tunnel carpal. As the Worker’s Compensation lawyer introduced into evidence, the injured worker’s doctor’s orders were specific. The doctor ordered Alberta to avoid all “repetitious pushing, pulling, gripping, pinching and fingering.” The Worker’s Compensation lawyer did an effective job, showing this was the workplace methods had caused Alberta’s original injury. The critical issue for the courts to decide was whether or not her treatment had adequately addressed Alberta’s return to work job functions.

II. On the Other Hand…

…there were two sides, not unlike the repeat syndrome itself, to this case, at almost every level. First, the workers comp commissioners were split on whether or not the employer had done enough to accommodate Alberta’s disability. The commissioners ruled in a split decision the employer had done enough to accommodate Alberta with the surgery. The appeals court, also in a split decision, supported the commission, but went a bit further: ruling that the injured worker had not actually suffered a post-surgery disability so as to keep her from returning to work. But at the Supreme Court level, the Worker’s Compensation lawyer won a unanimous decision. Just because Alberta could not work as well as she once did, did not mean she had done so willingly.

III.   Fencing In: Your Rights to File

Ultimately the Worker’s Compensation lawyer succeeded in pointing out that prior injuries should be balanced into the return to work production quotas. This reveled a major legal issue with the majority opinions of the Worker’s Compensation commission and the court of appeals. If those decisions were allowed to stand, employers would get an enormous benefit in terms of being able to terminate previously injured employees. The workers compensation lawyer pointed out that it was important to recognize the actual nature of the work, which caused the decreased ability to work after surgery. The lower court would have essentially allowed someone’s injuries to become a permanent barrier to returning to either lighter duty or modified work.

The Supreme Court responded to the Worker’s Compensation lawyer’s point by acknowledging the risk of ignoring the results of surgery. The north carolina Supreme Court said: “(T)he dissent’s paramount concern,”… focused on the potential prospect of having “…expanded an employer’s right to terminate an injured employee well beyond the narrow parameters recognized under existing law.” With that, the Supreme Court had clearly put the focus on a broader issue of accommodating decreased ability after injury.

In this case, the employer alleged that Alberta had essentially refused to engage in suitable employment. As the Worker’s Compensation lawyer successfully emphasized, it wasn’t even an actual refusal. It was at law what would be called a constructive refusal…essentially, an inability to meet work performance or production standards. She would (if the employer had their way) not be given any benefit of the doubt that her previous injury and requiring surgeries had slowed her production capability.

This case had also raised an interesting issue regarding Alberta’s so-called “refusal” of work. The Worker’s Compensation lawyer pointed out that the employee actually attempted to do the work assigned to her.  The Worker’s Compensation lawyer could’ve pointed out that the company was essentially asking a previously injured worker not to perform at her prior level. Not that they were willing to let her work below her past level. Given her increased limitation of function, the company was basically asking her to work at a higher level than before she was injured.

As well, there were in this case the implications for good faith. If an employer has control to essentially ignore a previous injury, then it can put the focus almost entirely on an alleged standard of work performance. This itself, workers compensation lawyers know, would have severely changed the very nature of what Worker’s Compensation in North Carolina is designed for. This would have created an elusive standard of so-called misconduct: Alberta’s termination could be justified without any regard whatsoever to an otherwise compensable injury.

There are several reasons that talking with an experienced Worker’s Compensation lawyer is so important in cases like this. From the time of Alberta’s firing by the company, to actually receiving a final decision, more than three years went by. Most cases are not as legally or factually complicated as this case was. It’s unlikely to have as many appeals, or dissenting opinions involved. At the same time, there is a direct correlation between delays, and seeking qualified workers compensation advice, to prevent delays in receiving a final decision.

If you, a family member or a loved one have been hurt in a workplace accident—or have questions about insurance claims or need help related to a repeat stress injury, or involving related claims or your legal rights or hearings, please contact us.  You will speak with a worker’s compensation attorney who can best answer your questions.  There is never a fee for this initial consultation.