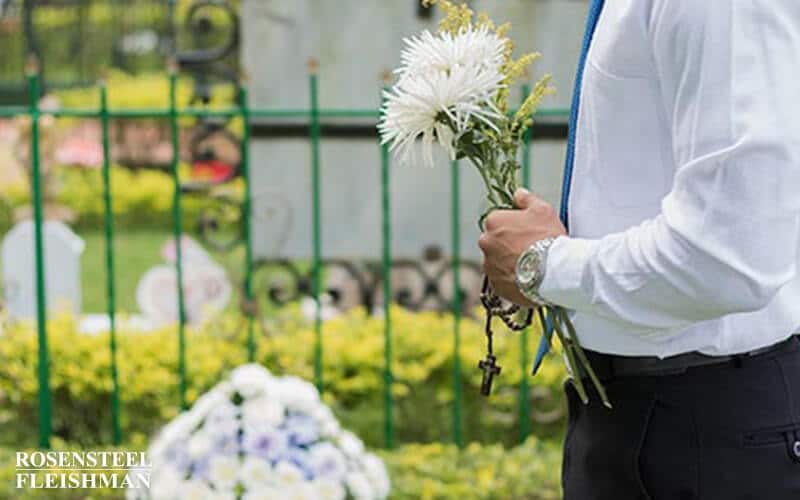 Parent versus Parent: Family Losses in an Auto Accident

I. An Accidental Death

It’s become something of a cliché to say there have been enormous changes to “family” structure in the last 30 years. Lawsuits, especially, reflect a lot of these changes and challenges. One thing that has not changed at all has been the raw grief of losing a child in an auto accident. The law around how to deal with these tragedies requires an extraordinary sensitivity and level of trial experience. north carolina rules regarding insurance coverage and the nature of the family coverage have also changed over the years. Experienced trial lawyers know that wrongful death actions in the state of North Carolina have been, and are likely to remain, in a state of slight flux.

More importantly, laws often have certain practical limits in what they can anticipate happening. North Carolina, which changed its wrongful death statute in the recent past, has wrestled with holding parents liable for family negligence. Even more complicated, when insurance claims are involved, and lawsuits go ahead in the name of the parents…seemingly making enemies of loving partners.

A lot of you may remember the famous Hollywood movie, Kramer versus Kramer. The title captured the mood of change in the country at the time. No longer was it assumed that the parental interests were one and the same. In a similar, but real, case of Carver versus Carver, courts had to wrestle with the tragedy of a two-month-old child dying in a car driven by his mother. Unlike a Hollywood version of life and law, this case also involved crucial questions about how auto insurance should be obliged to deal with such horrific loss. But like the Hollywood case, Carver v. Carver dealt with genuinely complicated issues of the heart as well as the law.

At trial, the judge dismissed the lawsuit against the mother. The reasoning was that the parents, who would share in any recovery under wrongful death, were barred from going ahead. The case worked its way through appeals and to the North Carolina Supreme Court. In a classically difficult case, a majority of judges on the Supreme Court agreed that “benefit” was probably not the right word to describe the grief of this process. Instead, majority on the Supreme Court agreed with the trial lawyer that the child was entitled to protections regardless of connections to the parents: recovery would have to be determined in a full trial, and should have been allowed to proceed at trial. This was a major victory for the trial lawyer representing the grieving parents.

Luther and Phyllis Carver were married and the parents of Benjamin Scott. One April, Phyllis and Benjamin Scott were in the family vehicle, driving down Ike Lynch Road, in Gaston County. Benjamin, at 2 1/2 months old, was the youngest of four children in the Carver family. The car rolled over, taking Benjamin Scott’s life. Phyllis was the driver of the car. Luther was the registered owner of the vehicle, but was not in the vehicle at the time.

When a loved one passes away, the legal system recognizes that the person’s vital interests, memory, and impacts don’t disappear. If strangers had caused the accident, the estate of Benjamin Scott would have simply proceeded under North Carolina wrongful death statutes to seek just recovery. Since the interests of Benjamin Scott were tied to his family, however, several legal issues blocked an initial suit for his estate. A change in North Carolina law, in 1975, was meant to make some situations in deciding liability for (and between) parents simpler. Unfortunately, “simplicity” was not the case for Carver versus Carver.

The case actually presented several different legal questions not solved by the law[1]. The Court, however, seemed not to wrestle with the wrongful death action being legitimate, by itself. The Supreme Court noted, by comparison, if the child had lived after the accident, he would have been entitled to pursue a personal injury case… regardless of any issues of parental immunity. This analysis is a pretty standard fare for determining if wrongful death should be allowed: the Court of Appeals had also reached the same conclusion, in disagreeing with the trial court dismissal on this point.

The court had a major problem, however, with another ancient legal maxim…

A whole book, let alone this blog, could write about the ideas of maxims in law and ideas of the common law. Fortunately, there is already a book on legal maxims, called Broom’s. “It is a maxim of law, recognized and established, that no man shall take advantage of his own wrong; and this maxim, which is based on elementary principles, is fully recognized in courts of law and equity.…” Under North Carolina estate laws, the parents of the deceased child would inherit any wrongful death award, if family members hadn’t been involved in the car accident.

The Supreme Court noted that rewarding deliberate wrongs would “excite public indignation.” The Court also noted that this maxim is public policy in the state of North Carolina, and that beneficiaries can’t benefit by doing something wrong. The language can be brutally harsh: the Supreme Court said that both parents were theoretically “responsible for the child’s death” This was through what is described as active negligence by the mother and imputed negligence, under law, to the father. Yet, somehow, the Supreme Court arrived at an exception to what it acknowledged was an established maxim, and also its own court precedent. So, what made the difference here?

The Supreme Court relied on the trial lawyer’s argument that there was more than parental relationship involved here: there was an issue of agency law, or principles of respondeat superior. First, the court agreed that the mother, because she was actively negligent, could not benefit in any recovery of the child’s estate. However, it would not be fair to impute this particular negligence of the mother to the father. Crucially, the Court ended the section of this analysis by noting that the father “was not present at the time of the…collision.” In every sense, the father had no general control over what happened. Further, that the father lacked specific control. Since he “was not in the automobile at the time of the collision, and that is another reason why his wife’s negligence cannot be imputed to him.”

Changes come to the law. The manner in which this happens, as this tragic case illustrates, are often not the most desirable set of facts or circumstances. To deal with these enormous challenges and changes, grief, and how to deal with mixed issues of responsibility, accountability, and insurance can be (or appear to be) insurmountable. If you, a family member or a loved one have been hurt in any accident—or have questions involving information regarding your rights or claims for insurance, please contact us.  You will speak with an experienced trial lawyer… a trial lawyer who can best answer your questions about how your case of injury or wrongful death should proceed.  There is never a fee for this initial consultation.

[1] There was also a dissenting opinion, insisting the law was clear in not allowing a parent to pursue any wrongful death claim when there’s an unintentional tort, such as under these facts. Experienced trial lawyers anticipate and plan for these dissents.