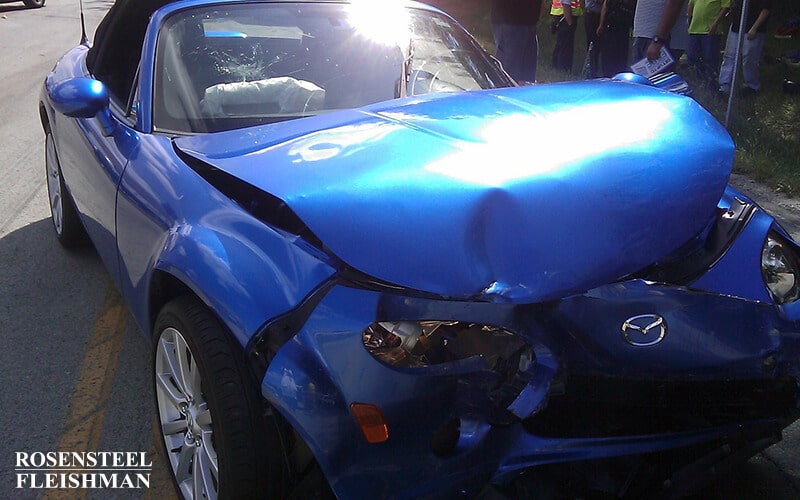 A car accident by itself is complicated enough but a car accident while on the job is something else entirely.  When you are involved in an accident while on the job you have both a case against the at-fault driver and their insurance (herein “Third Party Claim”) and you also have a claim against your employer pursuant to the workers compensation laws (herein “WC”).  The interplay between the two cases can be complex. However, if handled properly having both claims can be advantageous for the injured party.

There are numerous possible outcomes when you combine both a Third Party Claim and a WC claim.  For simplicity sake, this article will focus on the most common scenario of pursuing both the Third Party Claim and WC.  We will also focus on how to maneuver the two claims to produce the best outcome for the Plaintiff.

In general, the WC claim takes precedence over the Third Party Claim (at least initially).  Under NC law the WC insurance gets to direct treatment for the injured party.  As such, they control which providers you treat with.  While there are exceptions to this general rule, for the purposes of this article we will assume that WC has directed the care of the injured party and paid all of the bills.

The advantage of treating through WC is that all the bills get paid by the WC insurance.  As long you are filing through WC, you will not pay anything out of pocket for medical care.  The downside is sometimes care can be slower, more conservative, and referrals to specialists can take longer since they need WC approval.  Another advantage is that while you are treating with WC your job is protected.  This is not true if you pursue the case without filing a WC claim.

Unlike a Third Party Claim there is no pain and suffering in WC. However, our attorneys are able to get extra money for our clients depending on the severity of their injuries or if future medical care is needed.  At the conclusion of the WC claim, WC will have a lien against the Third Party Claim for any money it paid out.  In other words, if WC paid money for medical expenses, lost wages, permanent injury, etc, they have the right to get paid back out of any Third Party Claim settlement.

N.C.G.S. §97-10.2(f) sets out the manner and priority of the disbursement of the Third Party Claim proceeds.  The statute provides that the litigation costs will be paid first; the attorney fees will be paid second; then the employer will be reimbursed its lien; and finally, the employee will receive any remaining money.  N.C.G.S. §97-10.2(f) also provides for the apportionment between the employer/compensation carrier and the employee of the attorney fee charged the injured worker.  To put it simply WC has a lien on the Third Party Claim but that lien can be reduced.  I explain to my clients that it doesn’t matter if you have a one million dollar settlement if you owe WC two million dollars.  As such, you always have to address the WC lien and failure to do so is legal malpractice.

The trick is knowing when to address the WC lien.  The first thing to understand is The Third Party Claim is on the hook for the lien amount.  As such, negotiating the lien too early, in effect, reduces what the Third Party Claim owes.  We’ve seen this mistake countless times when we’ve taken over cases from other lawyers. This mistake can cost clients thousands of dollars.

Ideally, once we have the “final” lien from WC we engage in negotiations with the Third Party Claim adjuster.  Once that has been resolved we return to the WC adjuster to negotiate the lien.  There are a few statutes which cover this portion of the claim.  Initially we attempt to negotiate the lien with the WC adjuster or subrogation department.  If we are unable to reduce the lien via negotiation to where we and our client are satisfied we have the option of filing for a hearing.

N.C.G.S. §97-10.2(j) gives the trial court discretion to determine how settlement proceeds are to be distributed.  The trial court may reduce or completely eliminate a workers’ compensation lien, and appellate courts may not interfere with such an exercise of discretion except in extreme circumstances in which discretion has been abused.  Allen v. Rupard, 100 N.C. App. 490, 495, 397 S.E.2d 330, 333 (N.C. Ct. App. 1990). In deciding whether to reduce or eliminate a workers’ compensation lien, the trial court “is to make a reasoned choice, a judicial value judgment which is factually supported...[by] findings of fact and conclusions of law sufficient to provide for meaningful appellate review.”  Id.

The judge shall consider [1] the anticipated amount of prospective compensation the employer or workers’ compensation carrier is likely to pay the employee in the future, [2] the net recovery to the plaintiff, [3] the likelihood of the plaintiff prevailing at trial or on appeal, [4] the need for finality in the litigation, and [5] any other factors the court deems just and reasonable.  Our Court of Appeals held in Wiggins v. Busranger Fence Co., that the 1991 amendment to Subsection (j) made clear the legislature’s intent that subsection (j) is independent from the other § N.C.G.S. §97-10.2 subsections..., and...that the Superior Court has discretionary authority to determine the lien amount. (Emphasis added.)  Wiggins v. Busranger Fence Co., 126 N.C. App. 74, 77, 483 S.E.2d 450, 452 (N.C. Ct. App. 1997).

N.C.G.S. §97-10.2(f)(1)(j) bestows exclusive authority upon the Superior Court to determine the manner and priority of disbursements of third party settlement proceeds upon the happening of either of two events: 1. a judgement is entered which is insufficient to compensate a subrogation claim of the workers’ compensation insurance carrier, or, 2. a settlement.

As explained by the Court of Appeals in the case of Hieb v. Lowery:

Under Subsection (f), therefore, the Commission is specifically granted exclusive authority to distribute third party proceeds subject to Subsection (j) which, when applicable, accords that authority to the Superior Court (citation omitted).  Further, as noted earlier, ‘the two events which trigger the authority of a judge to exercise discretion [under Subsection (j)] in determining or allocating the amount of ...disbursement are (1) a judgement insufficient to compensate the subrogation claim of the workers’ compensation insurance carrier or,(2) a settlement. (Emphasis added.)  Hieb v. Lowery, 134 N.C. App. 1, 14, 516 S.E.2d 621, 629(1999)

The typical §97-10.2(j) hearing takes place before a Superior Court Judge.  Our attorneys would go through the factors outlined above and argue that the WC lien should be waived.  Each case is different so we would have to look at the facts of the case and focus on the factors which best help our argument.   If we are able to get the lien waived or substantially reduced the outcome could be a windfall for our client.

If you have been involved in a car accident while on the job please call us at (704) 714-1450.  You will speak with a lawyer who can answer your questions and go over your options.  There is no fee for an initial consultation.