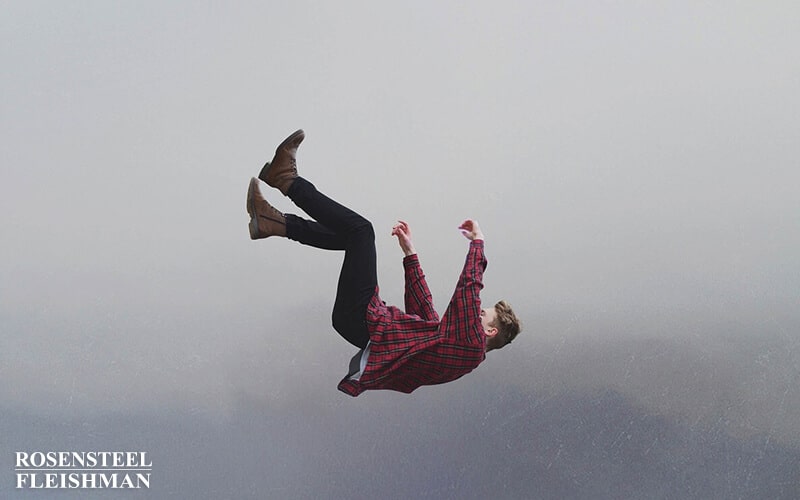 Cast Away: An Injured Worker’s Plea

I. Attorney as Life Raft

When you stop to think about it, a “deserted” island is a powerful symbol. Just as someone who is stranded on such an island may feel cast away, so can denied, or inadequate, medical treatment have a debilitating, isolating effect on an injured worker. There was one case where treatment seemed to never address a man’s pain after a workplace auto accident. If anything, he seemed to feel more and more alone in asking for help.

This particular worker was in a unique position to understand the medical system. He was employed by a major north carolina healthcare company as a respiratory therapist. He had originally complained of “pain to the belly into the neck and back.” He had repeatedly noted his difficulty in urinating. His employer at no time, the injured worker’s Worker’s Compensation lawyer later established, denied their liability for compensation. They had even promptly begun, initially at least, paying medical expenses and weekly wages.

II. Doctors, doctors everywhere… and not any help to spare

One of the horrible ironies of far too many Worker’s Compensation cases is that an injured worker may feel – and is in fact – shuttled from doctor to doctor, with partial opinion to partial opinion. One consequence of this type of practice is the lack of focused, necessary medical help. Appallingly, in this case, the workers compensation lawyer later pointed out the injured worker kept pleading for specific help. This injured worker had special medical training that would have helped him, if he had been listened to from the start.

The proposed treatment of Robbie C. began, instead, to look like something of a smorgasbord. Immediately after his October accident, involving a car crash (driving was part of his employment), follow-up care was for his spine and neck injuries. Some attention was paid at that time to his urination problems. It soon became apparent that medication wasn’t working to solve the urination difficulty: one doctor diagnosed the spine injury was causing the urinary problems. In late March, there was still no definite plan to treat the spinal injury. The employer’s decision was to send Robbie to another doctor. That didn’t happen until December…by which time numbness was then being also reported in Robbie’s upper and lower extremities, as well as severe lumbar pain and incontinence. That doctor actually sent Robbie back to work.

Further surgery didn’t have the desired results. Robbie continued to have swallowing problems, but now also reported daily headaches and severe muscle spasms. An additional surgery was in the summer, now almost a full year after the injury. One of the treating doctors claimed that Robbie’s MRI results were “satisfactory,” and that no other treatment “was necessary.”

Robbie, of course, had been indicating more and more often that he was unhappy with the treatment he was receiving. This included complaints about being “abruptly released” from care. Promises that he would soon be at what is called maximum medical improvement were made. However, one doctor clearly felt that Robbie was now totally disabled and unable to work any amount of time. Another doctor, representing the insurance company, countered by saying that Robbie needed “psychological or psychiatric care” to deal with his depression and anxiety. While this did not rule out follow-up orthopedic or neurological care, it clearly Robbie probably feeling cast further away to deal with his pain. Regardless, Travelers refused to authorize these specific care recommendations. Instead, the insurer actually ordered the doctor to restrict care to the swallowing dysfunction and headaches, not for any psychiatric or back problems.

As it turned out, another life tragedy was to galvanize Robbie, now working with an experienced Worker’s Compensation lawyer, into decisive action.

Ultimately, the injured worker did something predictable: he acted like the great father he was, who needed to take care of his family.

When an insurer refuses to cooperate, or deliver reasonable medical treatments to an injured worker, a Worker’s Compensation lawyer can literally save the day. This may be done through a motion to compel, filed with the North Carolina Commission. This provides an opportunity to specifically review the decisions on medical care that may be being blocked by the insurer. That is exactly what Robbie did with his Worker’s Compensation lawyer in this case.

Sadly, many injured workers simply accept the decisions of their employers insurer. Having an experienced Worker’s Compensation lawyer means that this can be a more even-sided argument. What ultimately compelled Robbie rebel against his treatment was another family tragedy. While waiting on the motion to compel, Robbie’s five-year-old son was involved in a serious bicycle accident. Because of his own injuries, Robbie felt limited about how to help his son recover. At that point, Robbie said that he simply decided to “take health into (my) own hands.” In other words, he knew that only his own recovery would help his son. Without permission from the insurance company, Robbie went to an orthopedic surgeon for his shoulder and knee pains. Immediately, new treatment of his low back pain gave him much-needed relief. So did the physical therapy he started at the same time.

Within a short period of time, Robbie’s Worker’s Compensation lawyer won the motion to compel. The insurance company was ordered to pay for the new treatments. The insurers response? They didn’t admit they were wrong, or that Robbie had seen beneficial medical improvement. Instead, they filed an appeal.

To accept the insurer’s position of refusing treatment, would have let them ignore requests for treating Robbie’s care as medical emergencies. This was strenuously argued by Robbie’s Worker’s Compensation lawyer as being completely unjustified by North Carolina’s law. The Court of Appeals agreed that these were two separate issues: and then the judges analyzed if Robbie had been justified to seek treatment on his own.

The judges agreed with the Worker’s Compensation lawyer in this case, that Robbie had an emergency, on account of the employer’s clear failure to provide better medical care. The workers compensation lawyer also proved that Robbie was justified to address unanswered problems, such as the urination issue. One final key question in this case was how long was “reasonable” to wait, before Robbie sought help on his own? Three months had passed, and which Robbie demonstrated, through the work of his Worker’s Compensation lawyer, excruciating and untreated pain. For the judges in this case, that was more than enough time to have waited for help. If you, a family member or a loved one have been hurt in a workplace incident—or have questions about a prior or recent accident related to work or subsequent treatments, or feel “cast away” from your legal rights, hearings, payments or good treatment, please contact us.  You will speak with a workers compensation attorney who can best answer your questions about how your case rights can be protected.  There is never a fee for this initial consultation.