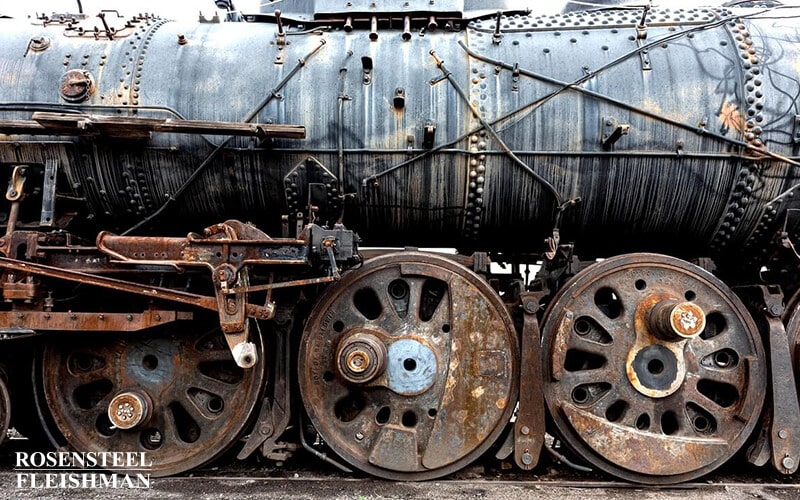 Introduction: “I’ve been working on the railroad”

There’s a very long, frequently checkered, history of using prisoners for workers. On the one hand, the argument is frequently made that it helps the inmate gain valuable skills and also improves living conditions. There is a much less positive history, as well. One aspect of this less positive history of convict labor has been confronted by experienced workers compensation lawyers.

The first use of convict labor in north carolina really took hold in 1870. That was the year North Carolina built its first state penitentiary; for 20 years, almost 65% of all state prisoners worked for the Western North Carolina railroad. This unique arrangement in America occurred because Western North Carolina was a state-owned business. By the end of the century, road building and farming began to absorb most of the inmate labor. The State even begin purchasing farmland in the 1890s, and this actually increased the use of state prisoners (sometimes to more than 80% of all prisoners, according to historical records). The state began to take serious profits from these uses of prisoners… actually gaining at least $1000 a week in profits by the 1920s. Until 1933, states and counties in North Carolina competed with who had first dibs.

This isn’t just long-ago history, either. In 1996, an injured inmate had his case work all the way to the North Carolina Supreme Court, based primarily on issues about negligence by the Department of Corrections, and the inmate’s rights to sue them, and what rights the inmate had under the Worker’s Compensation Act.

Keeping in mind the long history of inmate work on modern farms, since the 1940s, the following injuries are tragic. Mr. Richardson was serving his time at the Caledonia Correctional Institution. His job was to run a tractor. Unfortunately, there was a dangerous silage attachment to the tractor. His Worker’s Compensation attorney lawyer argued that Richardson had received inadequate training, as well as inadequate supervision to safely operate the machinery. In running the machine, Richardson’s legs were caught in the silage cutter: his right leg was severely mangled. Eventually, that leg had to be amputated just below his right knee. His left leg was also severely damaged, and he suffered permanent injuries to the leg.

The legal issue became crystal clear, because prisoner rights are often so limited: is Worker’s Compensation the only remedy for an inmate who is injured while working on a prison job?

This language presents an enormous obstacle in terms of fairness for prisoners, who are injured working in custody. The statute goes even further, and covers not only injury. The statute also excludes recovery for many instances of death.

... may be used by an effective Worker’s Compensation lawyer to convince the Supreme Court that the time has come to remedy an injustice. The experienced Worker’s Compensation lawyer in this case actually pointed to several North Carolina court rulings, which might’ve allowed the Supreme Court to reverse the policy of precluding prisoner recovery for negligence. One key case actually involved the death of a prisoner. That case dealt with an instance where Department transportation use of prisoners did allow for recovery as a tort claim. Unfortunately, the justices pointed to the fact that the Section 97 law, passed after this case, seemed to indicate the Assembly wanted to use workers compensation as the only remedy.

The final basis for the Worker’s Compensation lawyer’s effort to protect Richardson were constitutional claims. The workers comp lawyer pointed to both the federal and state constitutions: rights to equal protection under the Federal 14th amendment, and in Article I of the North Carolina Constitution. The attorney skillfully presented two important differences to show unequal treatment. First, it was unfair to discriminate between working and nonworking prisoners. Second, clearly intentional discrimination, which worked an unfairness between working prisoners and all other state employees. Unfortunately for this argument, the burden generally rests very much on the injured party to show the legislature/Assembly had acted without a ‘rational’ relationship to a legitimate interest. That’s a pretty low bar to get poor laws under. Perhaps, eventually, the courts will accept the deeper part of this argument by the workers compensation lawyer: in terms of receiving unequal wages— which are actually not adequately or rationally addressed for prisoners.  The judge’s clearly were not uncomfortable with the fact that there are what they called “poorly paid” workers.

Hopefully, this was not an easy decision for the North Carolina Supreme Court. A worker’s compensation lawyer can point to some of the language used by the judges in this case, indicating that an unfairness was clearly at work. For example, the judges noted that Mr. Richardson “was severely and permanently injured while working as a prisoner. If and when plaintiff is released from prison, he can apply to [the] industrial commission for worker’s compensation benefits. There’s little doubt in the circumstances of this case (that the prisoner) will be found disabled and his injury will be found compensable.” While the facts of fairness, and Worker’s Compensation exceptions, show that it may take time to actually change an unfair policy. Whether there is a prejudice towards inmates or not, it seems reasonable to expect “safety” at work… whether behind bars or on work release. Having an experienced Worker’s Compensation attorney on your side will act to balance not only public policy, but also fairness and workplace practices. Cases like this can be very important to finally make significant improvements in safety for all workers. In the same way, prisoners have now won the right to band together across the country in de fact unions to help change these practices. If you, a family member or a loved one have been hurt in a workplace incident while in custody—or have questions about a prior or recent accident related to time spent in jail or prison, or involving related claims or your legal rights or hearings, please contact us.  You will speak with a trial or workers compensation attorney who can best answer your questions about how your cases may relate to each other.  There is never a fee for this initial consultation.