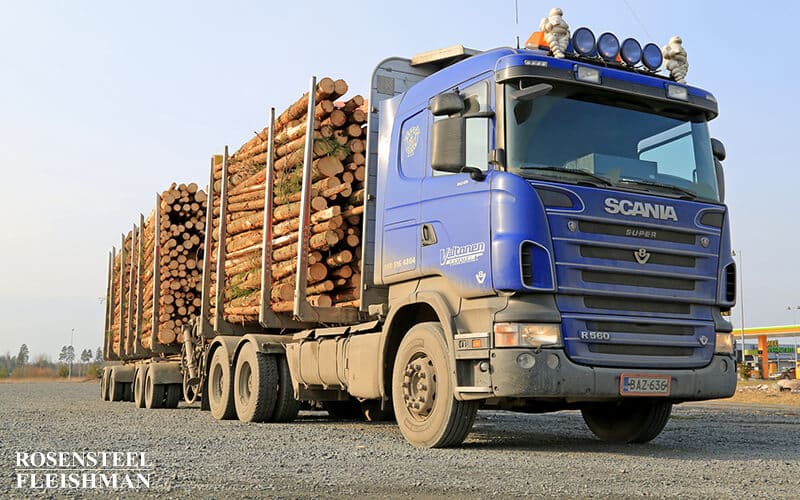 I. A Truck Wreck in Charlotte

There’s a famous book called “Unsafe at Any Speed.” Part of the premise of that book is that companies know there are going to be risks and lawsuits for the way they do business. At some point, many companies feel the costs of avoiding the accidents are not worthwhile. On the other hand, an experienced Charlotte semi-truck accident attorney can help make sure that the full weight of north carolina law protects your rights after a truck-involved accident. Trucking and semi-truck trailer accidents are often part of a great network across America. That so many of them happen to cross the path of North Carolina is not a coincidence. The sheer volume of trucker traffic in North Carolina has had both benefit and bane, in terms of costs. When an accident happens, it’s essential that someone speak only with an experienced Charlotte semi-truck accident attorney.

Because of the intricate web of inter-state corporate contacts, in trucking, and the potential for having out of state jurisdiction tested, a special skill set has developed in trucker accident law. A Charlotte semi-truck accident attorney is often one of the preeminent authorities about when an out-of-state resident or corporation, even when the accident occurs out of North Carolina, can be sued in a North Carolina court. For a variety of reasons, where a lawsuit takes place is essential to any satisfactory pursuit of judgment and justice.

In the following case, a man named Roger Walls was driving his truck to North Carolina, southbound along Interstate 95, in Caroline County, Virginia. Stopped alongside the road and standing near their stalled pickup truck was a father and son named James and William G.  Before even discussing the deaths of these two men, the courts had to settle where the lawsuit could be brought. This was to really narrow the scope of looking at what had happened to contribute to the accident in Virginia.

Could this case be fairly, legally, and Constitutionally brought in a North Carolina court? The vital importance of this particular legal point was not lost on the Supreme Court of North Carolina. The reason that the case was able to be taken on an immediate appeal was because of a specific Assembly rule regarding jurisdiction and the right to appeal jurisdiction. To bring home the importance of this point, the Charlotte semi-truck accident attorney noted Walls now claimed that he had absolutely no intention of ever coming back to North Carolina again.

II. The long arm of the law?

Aside from testing the sincerity of Wall’s claim (about never seeing North Carolina again), his attorney did have a basis for arguing that Walls had not had any “significant contact” with North Carolina since the collision and deaths.

Obviously, this was a case requiring a great deal of knowledge by the Charlotte semi-truck accident attorney in terms of practical state and federal jurisdiction. By the end of the case, there was even an issue regarding whether or not the North Carolina state long-arm law was consistent with federal guarantees of equal protection.

Since M and B trucking was a North Carolina corporation, the Charlotte semi-truck accident attorney felt confident that all relationships, including safety checks and inspections, flowed from that business. What the business owners required, or failed to require, from their truckers. Many laymen aren’t aware of that important difference: what someone fails to do can be more important than what they did do. This is where knowing the actual details and facts of the case often rest upon having a qualified Charlotte semi-truck accident attorney to investigate.

Remember, in terms of proving jurisdiction for wrongful death, there needed to be some specific act or omission. Because the accident turned upon visibility, weather and the operation of the semi-truck relating to that visibility were crucial factors. An experienced Charlotte semi-truck accident attorney will also examine prior history and any citations or failures in terms of trucker maintenance. In this case, there was a specific factual issue of whether or not bad weather affected all the equipment…including the windshield wipers. Unfortunately, the court of appeals in this case could find no evidence (in the prior trial court record) that the attorney in that case had introduced that evidence.

Because the requirement for pleadings were not specifically met at the trial court level on one wrongful death, one issue was lost. The court specifically noted that there was nothing in the original complaint to show that Walls had failed to adequately inspect the vehicle’s wipers, or his prior operation of the vehicle even being used in North Carolina. It’s very possible that these factors, if discovered and used earlier, by an experienced Charlotte semi-truck accident attorney, could’ve been allowed. And these, importantly, were the plaintiff’s claims for wrongful death and property damage.

Fortunately, the Charlotte semi-truck accident attorney had established sufficient jurisdiction for negligent infliction of emotional distress and loss of consortium.

Ultimately, including winning on the question of federal Constitutional protections, the Charlotte semi-truck accident attorney was more successful. The case was allowed to continue forward in a North Carolina court, albeit on a narrower legal front.

One of the major mistakes people make is where to file a court case. The importance of how local rules and laws affect the case can only be determined by speaking with a very well-qualified Charlotte semi-truck accident attorney. So, if you, a family member or a loved one have been hurt in a semi or tractor trailer accident—or have questions about insurance claims or need help related to a motor vehicle insurance policy, or involving related claims including wrongful death or severe injury, please contact us.  You will speak with a Charlotte semi-truck accident attorney who can best answer your questions.  There is never a fee for this initial consultation.