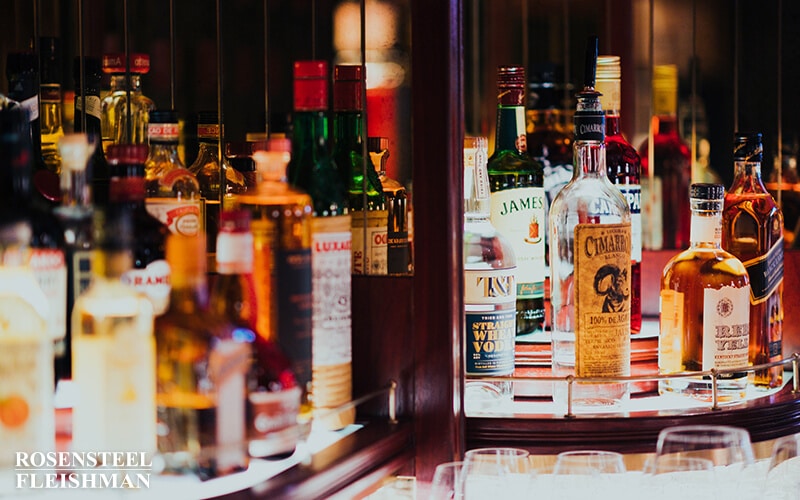 Townsend and Probable Cause for DWI in North Carolina

The last two days we’ve looked at the recent North Carolina Court of Appeals decision, State v. Townsend, and its discussion of Knoll motions and checkpoint evidence. Today we’ll look at the opinion one more time to see how it addressed the issue of probable cause for a DWI arrest.

The defendant filed a motion to suppress the evidence because his arrest lacked probable cause. The trial court denied his motion, and he argued on appeal that the trial court erred in this denial.

In considering the issue of whether the officer had probable cause to arrest the defendant, the court of appeals stated that

Probable cause for an arrest is a reasonable ground of suspicion, supported by circumstances sufficiently strong in themselves to warrant a cautious man in believing the accused to be guilty. To justify a warrantless arrest, it is not necessary to show that the offense was actually committed, only that the officer had a reasonable ground to believe it was committed. The existence of such grounds is determined by the practical and factual considerations of everyday life on which reasonable and prudent people act. If there is no probable cause to arrest, evidence obtained as a result of that arrest and any evidence resulting from the defendant's having been placed in custody, should be suppressed.

The defendant argued that there was not probable cause to arrest him because “there was no set of facts in the case at hand that would lead a reasonable, cautious person to believe that [defendant] was driving while impaired.” The court reviewed the facts, including the defendant’s bloodshot eyes, the odor of alcohol on his breath, his admission of drinking, the two positive alco-sensor tests, and the field sobriety tests. The officer who stopped the defendant had 22 years of experience as a police officer and “determined that defendant was ‘under the influence of some impairing substance,’ regardless of the positive alco-sensor test results.”

The defendant, however, argued that there was insufficient probable cause to arrest him for dwi “because he did not exhibit signs of intoxication such as slurred speech, glassy eyes, or physical instability.” The court cited previous court of appeals cases, State v. Rogers (1996) and State v. Fuller (2006), which held that the odor of alcohol on a driver’s breath, together with a positive alco-sensor result, are sufficient to provide probable cause to arrest the driver for impaired driving.

north carolina statute G.S. 20-16.3(a) contains the procedures on when an alco-sensor may be administered and states that

(a)    When Alcohol Screening Test May Be Required; Not an Arrest. - A law-enforcement officer may require the driver of a vehicle to submit to an alcohol screening test within a relevant time after the driving if the officer has:

G.S. 20-16.3(d) provides how the results of an alco-sensor test may be used and states that

(d)   Use of Screening Test Results or Refusal by Officer. - The fact that a driver showed a positive or negative result on an alcohol screening test, but not the actual alcohol concentration result, or a driver's refusal to submit may be used by a law-enforcement officer, is admissible in a court, or may also be used by an administrative agency in determining if there are reasonable grounds for believing:

The court in Rogers noted that although the trooper did not administer a second alco-sensor test, this did not “rob him of the probable cause that these facts and circumstances furnished him” because “[t]here is no prohibition against the results of this test being used by the officer to form probable cause, although this evidence may not have been admissible at trial.” The positive result of the one alco-sensor test plus the odor of alcohol on the defendant’s breath was sufficient to provide probable cause.

In Fuller, two officers responded to a report of a hit and run accident. When they arrived at the scene, they found the defendant sitting behind the wheel of a car on the side of the road. The officer noticed a strong odor of alcohol coming from the defendant when he approached her. When she stepped out of the car, she seemed unsteady on her feet and leaned against the car. She also had red, bloodshot and glassy eyes, and her speech was slurred. As she spoke, the officer smelled a strong odor of alcohol on her breath.

The defendant claimed that when she had turned onto the road from a side street, another car, which she was unable to described, had crossed the center line and side swiped her car. The officers did not see any evidence, such as a paint transfer or vehicle debris on the road, which would support this claim, but there was damage to the defendant’s car.

The court in Fuller noted that G.S. 20-16.3(d) allows “[t]he results of an alcohol screening test [to] be used by an officer to determine if there are reasonable grounds to believe that a ‘driver has committed an implied-consent offense under G.S. 16.2.’” Therefore, the Fuller court concluded that the officer’s “testimony that he relied on the alcohol screening in making the determination that he had reasonable grounds to arrest defendant for DWI was properly admissible.”

Comparing these two cases to Townsend, the officer in Townsend had additional clues beyond the odor of alcohol on the defendant’s breath and the positive alco-sensor test. The defendant had bloodshot eyes and also exhibited signs of impairment on the field sobriety tests which the officer administered. Therefore, the court held that the officer had probable cause to arrest the defendant.

If you have been arrested for impaired driving, contact an attorney at Rosensteel Fleishman, PLLC (704) 714-1450, to discuss your options.