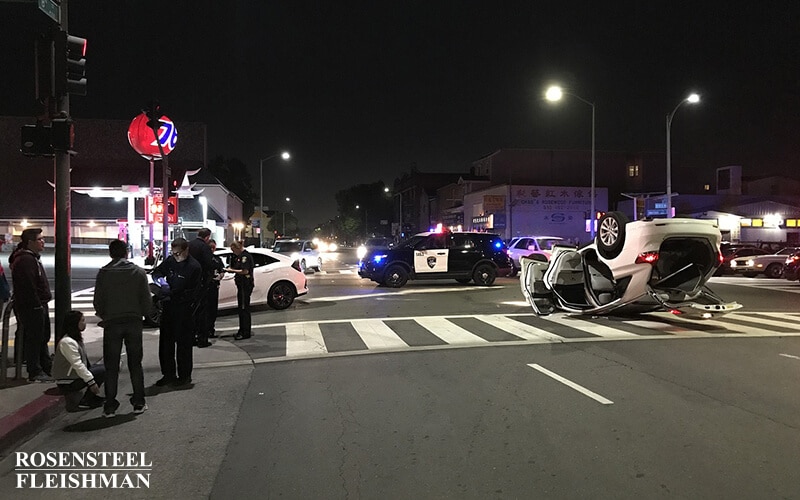 Following a NC car accident it is required for the police (assuming they were called) to produce a crash report.  N.C. Gen. Stat. § 20-166.1(e) requires law enforcement officers investigating an accident to make a report of the accident within 24 hours.  That report “may be used in any manner as evidence, or for any other purpose, in any trial, civil or criminal, as permitted under the rules of evidence.”  N.C. Gen. Stat. § 20-166.1(i). There are 2 types of crash reports, a non-reportable crash for and the long form.  For the purposes of this article, I will focus on the long form (DMV 349) report.

In general, the courts have held that police reports are admissible in court under the hearsay exception for business records (Rule of Evidence 803(6) – Records of regularly conducted activity) or under the exception for public records (Rule of Evidence 803(8) – Public Records and Reports). in Wentz v. Unifi, 89 N.C. App. 33, 365 S.E.2d 198 (1988), the court held that a properly authenticated accident report should be admitted into evidence.

Under N.C. Gen. Stat. § 8C, Rule 803(6) (1986) of the N.C. Rules of Evidence, “Records of Regularly Conducted Activity,” highway accident reports may be admissible, as a business records exception to the hearsay rule. To be admissible such reports must be authenticated by their writer, prepared at or near the time of the act(s) reported, by or from information transmitted by a person with knowledge of the act(s), kept in the course of a regularly conducted business activity, with such being a regular practice of that business activity unless the circumstances surrounding the report indicate a lack of trustworthiness.  Fisher v. Thompson, 50 N.C. App. 724, 275 S.E.2d 507 (1981).  Such reports may also be admissible as “official” reports under Rule 803(8), “Public Records and Reports,” if properly authenticated.

While police reports, in general, are admissible, it doesn’t mean that all the information contained in the police report is admissible. In fact, if deemed inadmissible a certain section or element can be redacted.

Admissible Information in the Report

Typically, objective data in the police report is admissible.  Objective data includes information about the road, lighting, locality (rural, mixed, and urban) and weather conditions.   This type of information can be very helpful especially in a contested case.  The report will also include the identities of the drivers of the vehicles as well as the registered owners. The identities include their names, addresses, phone numbers, and date of birth.


Under NC law the police officer is required to ask whether any person involved in the accident was injured and needs an ambulance.  The police report contains a section for the officer to record his findings on the injury status of the parties.  The options range from no injury to dead.  If the officer records no injury it can severely reduce the viability of the claim.

The damage to the vehicles involved is both admissible and not admissible.  For example, the report has a spot for the officer to provide his estimate of dollar damage to the vehicle.  Unless it can be proven that the officer was a trained estimator, that dollar amount of damage is not admissible.  However, there is another section in the report that the officer can provide the TAD value, which is a vale between 0 and 7.  This is a range of damage “0” being no damage and “7” being the most severe damage.  While historically this has been admissible in court there is case law which allows the plaintiff’s lawyer to argue that it should not be admissible.

Inadmissible Information in the Report

In general, the officer’s opinion as to fault is not admissible.  The officer was not a witness to the car accident.  As such, his opinion as to what happened is no more valid than the jury’s.   Therefore, the courts have held that any opinion of the officer should be withheld from the jury.  However, the courts have let officer’s testify as to their conclusions as long as they are based on the statements provided by the drivers.  In Wentz v. Unifi, 89 N.C. App. 33, 365 S.E.2d 198 (1988), the court held, “Trooper Yates was entitled to report his understanding of the accident as told to him by both plaintiff and defendant.”

There is a section on the first page of the police report where the officer can give his opinion on the “Contributing Circumstance” of each driver.  This section is used by personal injury lawyers and insurance companies to get an idea as the officer’s thinking.  While the officer’s opinion is important during the initial investigation of the claim it is not determinative of the viability of the claim.  Too many individuals give up on their claims just because the officer has a negative opinion on their claim.

Many times people look at the police report and are surprised with the findings of the officer and/or how the police report was written.  Too often, people give up on their claims because they feel the officer is against them.  If you or a loved one has been involved in a car accident please call us (704) 714-1450.  You will speak with a personal injury lawyer who can discuss your case and your options.  There is no fee for an initial consultation.