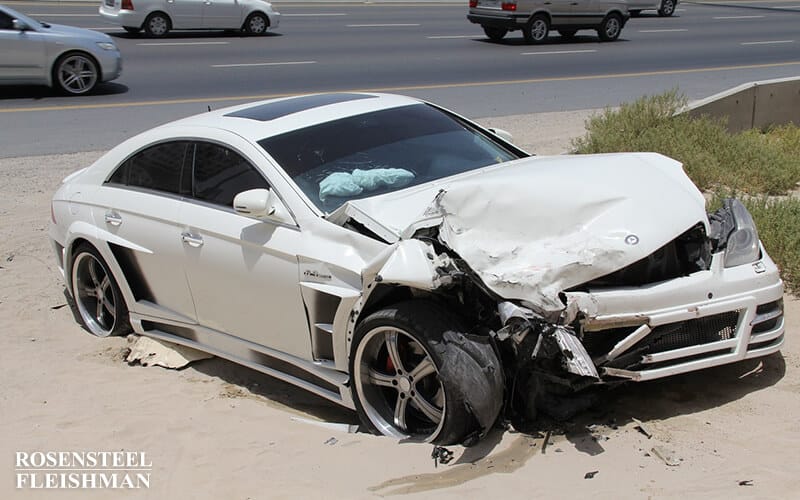 In getting help after an injury or trauma, there is something called a “no wrong door” policy. This is an approach that encourages the consulting professional to be sure that the specific needed help, and not a closed door, greets an urgent request. This is especially important when an auto accident results in one of the worst possible outcomes… a wrongful death. As with other qualified counselors, a Charlotte car accident lawyer can help an injured party or family member cope with often overwhelming loss.

Not every automobile accident involves a wrongful death. When it does, an experienced Charlotte car accident lawyer will help navigate the difficult initial challenges: challenges that are both emotional and legal. The need for legal advice happens quickly, when dealing with insurance issues… and insurance companies that may be reluctant to address their actual legal obligations. In the following case, coming from Wake County, the help of a Charlotte car accident lawyer demonstrated that insurance companies may try to shift obligations between complementary insurance policies, as well. Because of the wrongful death aspect in this particular case, the liability questions are especially important. Because wrongful death cases may be dealt with in the context of what a Charlotte car accident lawyer sees as essential safeguards for survivors, it is also essential to meet with only a qualified attorney as soon as possible. Fortunately, people have increasingly become aware that even before meeting with their insurance agents, it’s vital to get advice from a qualified lawyer.

This case involved the death of a daughter, who was at the time clearly still a part of her father’s household. In some ways, even what should be a clear issue of coverage can be contested by the insurance companies involved. Status of household members can be that kind of an issue. As noted, a wrongful death case may especially trigger defensiveness by the insurance companies. Because wrongful death cases also involved the policies of the person who ran into the daughter’s car, the question of “stacking” policy coverages became contested in different ways.

The ‘stacking’ in this case actually came not from the other vehicle involved in the accident. Since they had a fairly large family, and the kids were getting old enough to be independent, there were actually two different policies, covering three separate vehicles in the same household. Each of the policies had significant under and uninsured motorist coverages, which were almost identical in language. The Charlotte car accident lawyer designated the policies as policies A and B.

The deceased daughter, Crystal, was named as driving under policy A, and was listed on that policy. She was not named as an insured on policy B, and had no ownership of either of the two vehicles listed on policy B. The question argued by the Charlotte car accident lawyer was whether or not the uninsured motorist coverage could be stacked by combining policies A and B for Crystal’s estate.

At the trial, the insurance company argued that since the Toyota driven by Crystal was not her own, and not insured under policy B, that the uninsured motors coverage couldn’t be available for her wrongful death. The trial court, however agreed with the Charlotte car accident lawyer, and ordered the insurance company to pay under both policies. The insurance company pushed back and appealed all the way to the Supreme Court of north carolina, in order to try to only pay under one policy.

IV.  When Insurance Follows the Person: Not the Vehicle

Because the insurance was viewed as following Crystal as a covered person, this may be analysis fairly straightforward. The Charlotte car accident lawyer had proven that Crystal was a covered person as a family member under policy B, and she was a named insured under policy A, which gave her protection under North Carolina law (Section 20-279.21 (b) (3) ), even though her own vehicle haven’t been involved in her injuries.

It’s important to point out that there was a strong dissent in this case. The dissenting judge argued that the effect of the Supreme Court ruling would be to encourage family members to find the cheapest insurance possible, and then buy that policy, regardless of what family member would be allowed to drive the vehicle. What’s interesting about this argument by the dissent is that it really goes to what the Assembly intended. It’s also a good reminder that an experienced Charlotte car accident lawyer is aware of trends in the Assembly, as well as court decisions that argue policy. In certain areas of law, such as wrongful death, where public policy is often crucial, only an experienced wrongful death or Charlotte car accident lawyer can be fully aware of how important or how difficult it is to assemble a majority opinion at the North Carolina Supreme Court.

So, if you, a family member or a loved one have been hurt in a vehicle accident—or have questions about insurance claims or need help related to a motor vehicle insurance policy, involving related claims or your legal rights or hearings, please contact us.  You will speak with a Charlotte car accident lawyer who can best answer your questions.  There is never a fee for this initial consultation.