Looking for a Charlotte Injury Values Lawyer Near You?
Call Today! 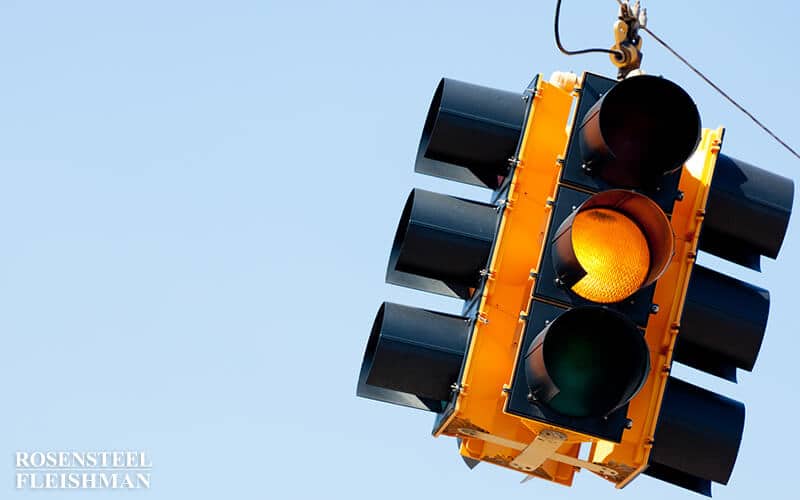 Getting the Wrong Signals: Car Accidents and Wrongful Death

Each year, the Federal Highway Administration (FHA) estimates there will be about 2.5 million intersection accidents. The vast majority of these crashes will involve (as did the example to be looked at here, in just a minute) left turns. Depending on the city or town you may drive in, you probably have your least favorite intersections. Most intersections have made significant improvements to traffic lights. Still, hurried and distracted drivers often share the road at these most dangerous stop and go situations.

These intersections can also be thought of as a traffic evidence pileup. When, if ever, does the bad driving of one driver potentially shield another bad driver from a mistake?

Accidents at intersections have some advantage in terms of proof. There are often witnesses. More often, there are also now cameras to monitor what actually happened. Nevertheless, getting this evidence together and explaining it to a jury is often one of the hardest tasks of proving responsibility when several drivers exercise less than perfect judgment. Talking with a Charlotte car accident lawyer as soon as possible after an accident may help prevent any number of more serious charges from being filed… and help sort out any shared responsibility.

In the following case, the expertise of a Charlotte car accident lawyer helped explain who could have, and who should have, avoided the accident itself. This leads to legal arguments about whether or not the accident results should be viewed as “reasonably foreseeable” versus “expected.” This sometimes confusing distinction can dictate how evidence is presented, how courts instruct a jury, and even what a jury finally decides.

There was also an important, and probably more emotionally difficult, second issue: how wrongful death should or should not be evaluated in terms of lifetime financial loss.

This case involved a multiple car and vehicle (even a transit bus) pile up. Bryant was killed when a man named Ray turned his car in front of him. Bryant’s surviving wife sued several people besides Ray. The Charlotte car accident lawyer carefully reconstructed the site of the accident. It was a busy intersection with a properly functioning 4-way traffic light. The Charlotte car accident lawyer for Bryant’s wife established that the most dangerous driver was a man named Woodlief. The accident attorney fairly conclusively prove that Woodlief was driving somewhere between 80 and 90 mph at the point of impact.

The Charlotte car accident lawyer emphasized that it was proper for the jury to decide whether or not Ray, in seeking to avoid an accident with Woodlief, had acted with reasonable care under the circumstances. The Charlotte car accident lawyer had evidence that Woodlief’s car was actually approaching a speed of almost 100 miles an hour before reaching the intersection. The lawyer also introduced evidence to estimate the distance between the several vehicles at the time Ray made the fatal left turn into Bryant’s car: this gave a range of decision-making for Ray of between 100 and 200 feet. No legal formula can dictate what’s reasonable to do in this short a space. The Charlotte car accident lawyer successfully convinced the jury that the primary cause (the speeding driver, Woodlief) of the accident was not shielded by subsequent bad drivers. The one arguable exception? The transit bus company was excused from liability. The judge ruled the bus was mechanically and physically incapable of avoiding the pileup.

People are often surprised to find out that severe auto accidents actually diminish their long-term or even lifetime earning capacity. Cases involving a severe accident have more obvious implications; the wrongful death in this case was one of the worst imaginable outcomes. An experienced Charlotte car accident lawyer is also often experience with wrongful death claims in the context of a severe auto accident. This case raised an issue about how to compensate the victim’s surviving family. Since Mr. Bryant had been a retired railroad employee, he was receiving a significant sum from the NC Railroad Retirement Board at the time of his death. The Charlotte car accident lawyer had trouble believing that the defendants in this case really wanted to exclude evidence of the retired Mr. Bryant’s lost income potential. The NC Supreme Court seemed to share this skepticism, as it said: “the defendants insist and seriously contend that the…value of the life of plaintiff’s testate is limited to the net income which the deceased might reasonably have expected to earn from his own labors, had his life not been cut short by his untimely death.”

The judges went on to agree that there was not any rule that required a jury to either include – or certainly not to exclude – retirement sums as part of a measure of damages.  There’s an interesting difference of North Carolina court opinions in terms of how to define intervening incidents. Some courts rely on whether or not the resulting injury could’ve been reasonably foreseen and expected by the person causing the harm. The judges in this case agreed with the test laid out by the Charlotte car accident lawyer: the better test is whether the person committing the error could have reasonably expected such a result rather than foreseen.

There’s not always a green light between specific areas of the law. When someone seeks expert help from a Charlotte car accident lawyer, they may not be aware of other legal issues. This case primarily focused on ascertaining whether or not intervening events could effectively shield one bad actor from the domino effect of other people’s bad decisions. The case presented by the Charlotte car accident lawyer emphasized the importance of experience in working with a jury. The Supreme Court emphasized that there was to be no hard and fast rule in terms of what is reasonably foreseeable to the negligent driver… because a major fact was the speeding vehicle. This factor alone could allow a jury to infer what harm is expected, if someone drives through an intersection at close to 100 miles an hour.

A similar process also guided the judges in agreeing with the Charlotte car accident lawyer that no hard and fast rule should decide how to calculate lost income or wages after death. Certainly, estimating “income” doesn’t exclude retirement payments.

If you, a family member or a loved one have been hurt in a vehicle accident—or have questions about insurance claims or need help related to any harm related to traffic devices or road design, or involving related claims or your legal rights or hearings, please contact us.  You will speak with a Charlotte car accident lawyer who can best answer your questions.  There is never a fee for this initial consultation.