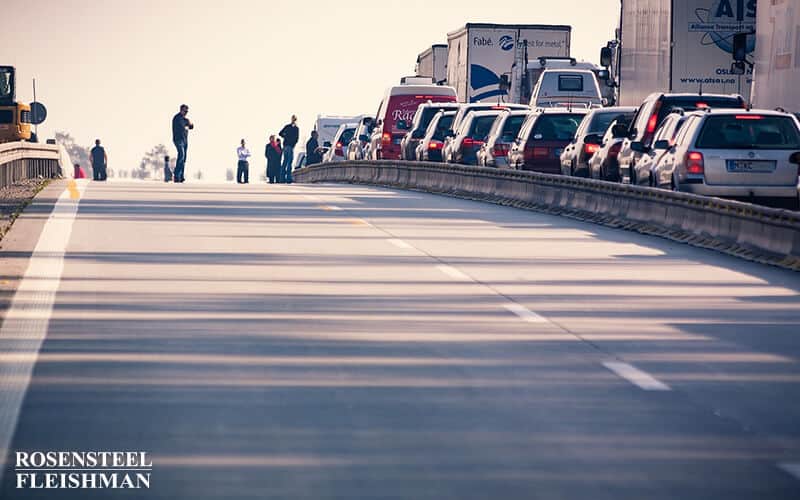 I. When a Semi truck hits another tractor trailer

People tend to think of semi-truck or trailer accidents as almost always involving something about or around a collision between a semi-truck and a smaller vehicle. That isn’t always the case. Many times, there are accidents involving two or more large trucks themselves. Truck drivers themselves often need the assistance of an experienced semi-truck accident attorney to re-create what happened and why. For example, one of the most common fallouts of a truck-on-truck accident is that one of the companies, or independent truckers, will often allege contributory negligence by the other driver.

Mr. Adams was using his dump truck to do a landscaping job in Anson County. It was a winter day in February: so, it was already dark at 5 o’clock in the afternoon when Adams got to the house with a load of driveway stone. Adams pulled up past the driveway, carefully turned on his four-away flashing lights, and then backed the dump truck up onto the driveway. Adams jumped down from the dump truck, and loosened the clamps in order to partially dump the rock. As he pulled forward, to dump rock as he went, and as Adam’s semi-truck accident attorney conceded, Adams had gradually pulled out onto the highway, headed west. Adams then parked the dump truck, stopping the rear end about 42 feet from the driveway. The semi-truck accident attorney established the flashers were still on, as Adams worked on his finishing tasks before driving back for another load.

Adams testified to the semi-truck accident attorney about what quickly happened: he climbed out of the dump truck went around the back. That’s when a sudden collision occurred. As Adams was fastening the tailgate, he heard (rather than at first saw) another heavy truck coming down the road. Then glancing over his right shoulder, Adam says that he saw the truck “coming directly at me.” He quickly jumped across the back of the truck “to keep from being hit.” Crucially, Adam’s semi-truck accident attorney also introduced evidence that at no time did Adams hear any screeching tires or a horn from the defendant’s truck.

III.   No Brakes: Battle Of Wits

Having an experienced semi-truck accident attorney on your side helps develop expert testimony. And as noted above, contributory negligence cases are in a special category when it comes to explaining evidence. These contributory negligence cases almost always require at least a qualified expert to help a semitruck accident attorney to reconstruct the accident. Especially, in terms of this case, two professional truck drivers were involved. It would be understandable if the fact pattern was not only subjective, but even led to a debate about which “expert” to believe. That seems to have happened to some extent in this case. For example, the justices on the North Carolina Supreme Court even admitted in their opinion that evidence was ‘conflicting.’ This can make it very difficult to give the proper weight to any contributory negligence case. Having the early advice and help of a semi-truck accident attorney to reconstruct the facts of the case was crucial to this case’s somewhat surprising outcome.

The semi-truck accident attorney for Adams established the position of the dump truck, based upon the extent and type of damage. At the trial court level, the judge ruled that the defendant had not established any support for the idea of contributory negligence: this meant that the trial judge essentially agreed with Adam’s semitruck accident attorney and had removed this issue from the province of the jury. But that was not going to be the final result, in a fairly interesting twist.

The semi-truck accident attorney had satisfied the court about the likelihood of one major fact: that the dump truck was parked or standing at least 2 feet onto the paved portion of the highway. Accident reconstruction is part of the expertise of a semi-truck accident attorney. Careful measurements of the total width of Adam’s truck and that specific point of the road were crucial. Reports from the investigating officer (which qualified as an official record) showed that the shoulder of the road was only 6 feet wide at the point of the accident. The dump truck driver himself testified the total with his truck was 8 feet. The testimony of the dump truck driver on this point was thus crucial, when he told his semi-truck accident attorney that he “had pulled over as far as I could.”

This allowance for an expert opinion by one of the parties, in turn, led to the crucial point of why contributory negligence was possible in this case. The Supreme Court justices, interestingly, noted that it had been possible to have parked the dump truck on the opposite shoulder. The opposite shoulder was more than wide enough to “accommodate the entire width of the truck.” If this evidence had not been presented, the case would have ended here, and there would have been no likelihood of any contributory negligence.

There was, perhaps, one other glaring fact about why it was probably important for the Supreme Court to kick this case, wisely, back into the trial court to measure for possible contributory negligence. There was no doubt, based on evidence from both sides, that the sun had played a crucial factor in what happened. This was almost a blinding fact, in retrospect, that did a lot to raise some uncertainty about where the dump truck had actually been parked.

Full or partial loss of memory, or jumbling of events, is not uncommon in a serious accident or traumatic event, such as this. It’s very possible that the justices on the Supreme Court were impressed by both the drivers’ apparent candor. At one point in his testimony to his own semitruck accident attorney, the defendant said, “I don’t think I’d be up here telling about it if I was driving much faster than that.”

So if you, a family member or a loved one have been hurt in a semitruck/big rig vehicle accident—or have questions about accident reconstruction or need help related to a trucker injury or driving, or involving related claims or your legal rights or hearings, please contact us.  You will speak with an auto accident attorney who can best answer your questions.  There is never a fee for this initial consultation.