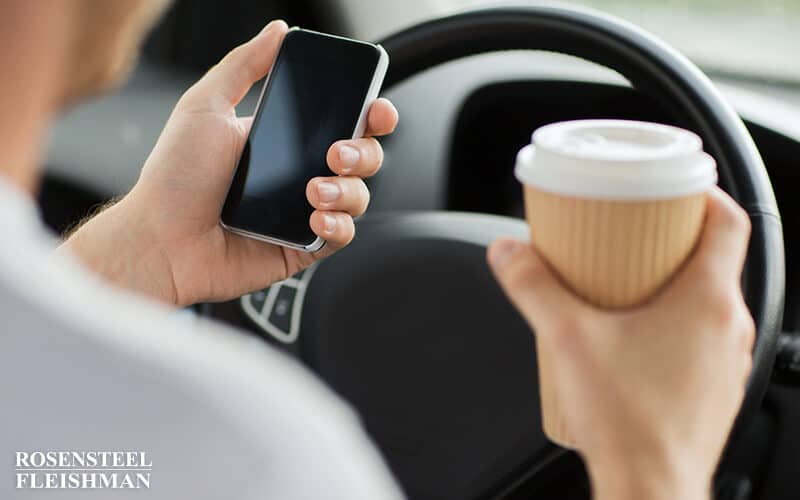 Yesterday, the Supreme Court heard oral arguments in two cases involving the search of cell phones.  At issue is whether a full search of a cell phone can be conducted without a warrant upon a person’s arrest.

To understand what’s at issue, we need to start with the Constitution.  The Fourth Amendment protects us against “unreasonable searches and seizures.”  Searches or seizures conducted without a warrant are per se unreasonable.  However, there are a few exceptions to this general rule that have been established over the years through case law.  One exception to the requirement of a warrant for searches and seizures is when a person is arrested.

In the case United State s v. Robinson, the Supreme Court held that “In the case of a lawful custodial arrest, a full search of the person is not only an exception to the warrant requirement of the Fourth Amendment, but is also a "reasonable" search under that Amendment.”  Robinson was arrested for driving with a revoked license and upon arrest was searched. The police found a packet of cigarettes containing heroin and then seized the heroin.  The Court held that a warrant was not required for the search and seizure.  In doing so, it reasoned that

The justification or reason for the authority to search incident to a lawful arrest rests quite as much on the need to disarm the suspect in order to take him into custody as it does on the need to preserve evidence on his person for later use at trial.

Of course, when this exception was established, people did not own such items as smartphones in which they keep large amounts of personal information on them at all times.  Does it make sense to treat the emails, texts, and photographs contained in a smartphone the same way as you might a letter or photograph found in someone’s wallet when they are arrested?

Currently, the Fourth Circuit (which includes north carolina) permits the search of cell phones in the case of a lawful arrest.  In the 2009 case, United States v. Murphy, the defendant was arrested for obstruction of justice during a traffic stop.  The driver and other passenger of the car were also arrested during the traffic stop.  At the scene of the stop, the police conducted a search of the vehicle and found large amounts of cash packaged in way often used during narcotics transactions as well as sheets of uncut counterfeit money.  During the search, the police seized a cell phone from the defendant’s person, which was logged into evidence.  The DEA later used the text messages found in the cell phone to determine the identity of a witness who testified that the defendant was the witness’s drug supplier.

At trial, the defendant Murphy argued that law enforcement officers needed a warrant to retrieve the information in the cell phone.

In its analysis, the Fourth Circuit began by quoting a Supreme Court case which held that “law enforcement officers following a lawful arrest may search "the arrestee's person and the area `within his immediate control.'"”  It went on to consider the issue of searching the information contained in the cell phone and reasoned that

Citing the "manifest need ... to preserve evidence," this Court has held on at least two prior occasions, albeit in unpublished opinions, that officers may retrieve text messages and other information from cell phones and pagers seized incident to an arrest.

The Fourth Circuit rejected the idea that the law enforcement officer must consider the device’s storage capacity in determining whether they were permitted to search the information contained in the cell phone as an “unreasonable and unworkable rule” because “it is very likely that in the time it takes for officers to ascertain a cell phone's particular storage capacity, the information stored therein could be permanently lost.”

Now there are two cases before the U.S. Supreme Court that could make the holding in Murphy irrelevant.  In Riley v. California, the defendant Riley was stopped for driving a car with expired tags and then it was discovered that his license was revoked.  The law required that his car be impounded, and prior to impounding a car, the police were required to search the car.  During that search, the police found two guns and subsequently arrested the defendant for possession of firearms.  When they searched the defendant in connection with his arrest, they found his cell phone which contained pictures of the defendant making gang signs and other indications of gang connection.  This information was later used to tie the defendant to an earlier shooting and convict him on various charges, including attempted murder.

In U.S. v. Wurie, the defendant Wurie was arrested on suspicion of selling small quantities of drugs.  He was then taken to the police station where his personal belongings were inventoried.  Among his personal belongings was his cell phone. The officers opened the defendant’s cell phone when it rang but did not answer it.  They found a number listed for “my house” and used a website to connect an address to that phone number.  This address was different than the one at which the defendant claimed to live.  When they went to address connected to the phone number, the police found further evidence that the apartment was connected with the defendant. After obtaining a search warrant, the police searched the apartment and found drugs and a loaded firearm.

During the oral argument for Riley and Wurie, the justices seemed wary of allowing all cell phones to be searched in all arrests.  Several justices believed it to be unreasonable that someone arrested for a minor offense would open up their “entire lives” for search, and differentiated the amount of data kept on a cell phone from the amount of data a person might keep in their wallet.  The government argued that the issue of concern in having to obtain a warrant to search a cell phone is the potential destruction of evidence, since it is possible to erase data remotely or lock a phone so that it is very difficult, if not impossible, to unlock.

It seems unlikely that the Court will either allow or disallow warrantless searches of cell phones in all cases, but it was hard to tell where they might find some middle ground.  Some possible distinctions that were suggested during the course of oral arguments included searching only for information relevant to the crime for which the person was arrested, as well as allowing searches in the cases of serious offenses but not in non-serious offenses.  The justices also seemed to have less problem allowing the search of the flip-phone in Wurie, as opposed to the smartphone in Riley.

The ruling in both Riley and Wurie is expected out the end of June.

If you have been arrested for dwi, it is important to contact a lawyer as soon as possible.  Visit www.rflaw.net to get legal help.