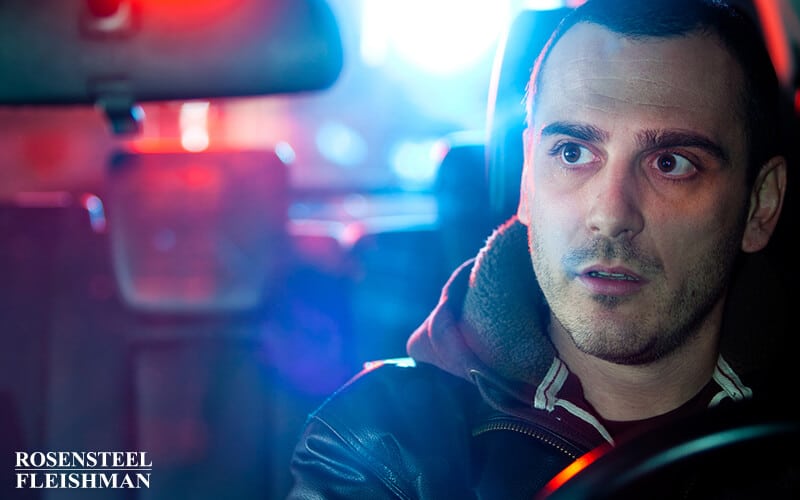 Weaving as Reasonable Suspicion for DWI in North Carolina

The US Supreme Court has held that a “traffic stop is a seizure ‘even though the purpose of the stop is limited and the resulting detention quite brief.’” Traffic stops are reviewed under the standard set out in the US Supreme Court case Terry v. Ohio, which requires an officer to have “"reasonable, articulable suspicion that criminal activity is afoot."

The north carolina Court of Appeals summarized in the 2009 case, State v. Fields, the rationale behind the reasonable suspicion standard. “The requisite degree of suspicion must be high enough ‘to assure that an individual's reasonable expectation of privacy is not subject to arbitrary invasions solely at the unfettered discretion of officers in the field.’” The court noted that they had previously “held that weaving can contribute to a reasonable suspicion of driving while impaired.” However, courts had held that there must always be another factor present in addition to weaving. Examples of additional factors noted by the court were traveling well below the speed limit, driving off the road, speeding, driving at an unusual hour, and being in the vicinity of bars.

The court stated that

In order to preserve an individual's Fourth Amendment rights, it is of the utmost importance that we recognize that the presence of any one of these factors is not, by itself, proof of any illegal conduct and is often quite consistent with innocent travel.

Because in Fields there was no additional factor (the defendant was stopped at 4 p.m. and there was no evidence showing that there were bars in the vicinity), the court held that “[t]he totality of circumstances do not give rise to a reasonable, articulable suspicion of criminal activity justifying the stop of defendant's vehicle.”

Later in 2009, the court of appeals, followed their previous reasoning, requiring a factor in addition to weaving in State v. Peele. In that case, the officer responded to a dispatch regarding “a possible careless and reckless, D.W.I.” headed towards a nearby intersection. The dispatch was in response to an anonymous tip. The officer spotted a vehicle matching the color and make of truck, followed the truck for about a tenth of a mile, and saw the truck weave in its lane once. The court stated that all they had was “a tip with no indicia of reliability, no corroboration, and ‘conduct falling within the broad range of what can be described as normal driving behavior.’” They held that the single instance of weaving combined with the unreliable anonymous tip did not provide reasonable suspicion and stated that if they were to allow it to, they “would be, as the Court in Fields cautioned against, ‘extend[ing] the grounds for reasonable suspicion farther than our Courts ever have.’”

The court distinguished the decisions in the 2009 Fields and Peele, which required an additional factor to weaving, from the 2012 Fields facts because neither of the other cases “involved the level of erratic driving and potential danger to other drivers that was involved in this case.” Because the defendant’s weaving was so substantial, the court held that the officer had reasonable suspicion to stop him.

The Court distinguished the 2009 Fields as involving only a single instance of weaving and Peele as involving only three instances of weaving over the course of a mile and a half. In contrast, the defendant in Otto “constantly and continuously” over the court of ¾ of a mile. The Court added, almost an afterthought, “[i]n addition, defendant was stopped around 11:00 p.m. on a Friday night.” However, this factor did not seem to be dispositive and the Court seemed to base its reasoning mainly on the severity of the defendant’s weaving rather than the time of night. It concluded that the officer had reasonable suspicion to stop the defendant.

Earlier this year, the court of appeals decided another weaving case, State v. Derbyshire. In that case, the officer came upon the defendant from the opposite direction and thought the defendant had his brights on. She flashed her own brights at him in an attempt to cause him to dim his. When the defendant failed to respond, the officer glanced at him when her car passed his and noted that he had a “blank stare” which she thought was an indication of a potential impaired driver. She turned around and began following the defendant, during which time she saw him weave “at least once.” She then stopped him on suspicion of dwi.

As it turned out the defendant did not have his brights on, but had “very, very bright” halogen headlights. The court distinguished the Otto decision because Derbyshire did not involve “weaving constantly and continuously over the course of three-quarters of a mile”. Because the defendant had only an instance or two of weaving, the court required that there be a factor present in addition to the weaving. The court held that “the facts that Defendant was driving at 10:05 on a Wednesday evening and that [the officer] believed Defendant's bright lights were on are not sufficiently uncommon to constitute valid “plus” factors.” The court reasoned that “[a]n increase in the likelihood that an individual may be subjected to a Terry stop merely because that person owns a car that ‘sits high off the ground’ or that was built with brighter headlights, as in this case, would constitute an irrational inference of criminal activity, which we decline to adopt here.”

If you have been charged with DWI after a traffic stop based on weaving, contact an attorney at Rosensteel Fleishman, PLLC (704) 714-1450, to discuss your options.