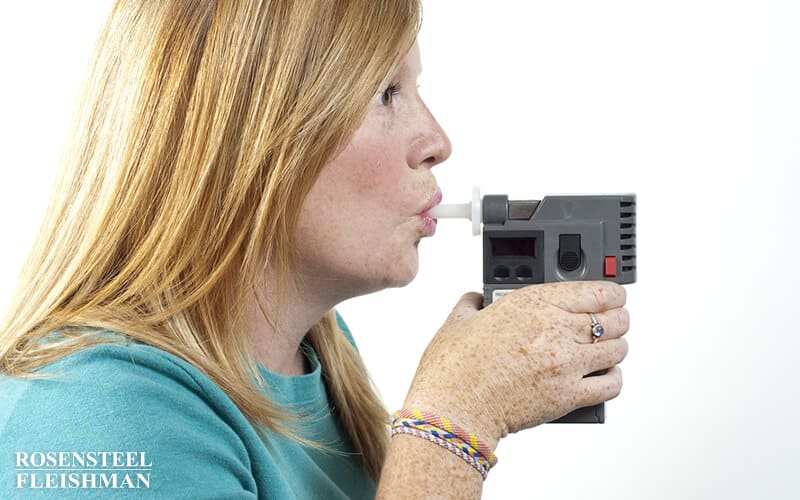 The Court of Appeals issued an opinion today which involved the issue of retrograde extrapolation and expert testimony. The court applied the Daubert standard for expert testimony under the amended Rule 702. However, its conclusion in allowing the expert testimony did not differ significantly from the standard previously used under Howerton.

In State v. Turbyfill, the defendant was involved in a single-vehicle accident. The police officer who responded to the accident approached the defendant who was beside his truck crying and saying that he was going to lose his job. During the conversation, the officer noticed the defendant’s slurred speech and an odor of alcohol on his breath. The defendant admitted to drinking and taking prescription medications earlier in the day.

The officer administered several field sobriety tests and observed several signs of intoxication on these tests. Based on the officer’s observations and the results of the field sobriety tests, the officer formed an “opinion that the defendant had consumed a sufficient quantity of impairing substance that his mental and physical faculties were appreciably impaired.” The defendant was then placed under arrest for impaired driving. A Breathalyzer test was administered to the defendant less than two hours after the accident and registered a blood alcohol content of 0.07.

The expert testified that through retrograde extrapolation, he determined that the defendant’s BAC at the time of the accident was 0.10. The defendant was subsequently convicted by a jury of dwi. The defendant appealed this judgment.

On appeal, the defendant argued that the witness should not have been qualified as an expert on retrograde extrapolation because he did not “demonstrate sufficient knowledge of scientific and mathematical principles.” The court noted that Rule 702 governed the admission of expert testimony. Rule 702 states that

[i]f scientific, technical or other specialized knowledge will assist the trier of fact to understand the evidence or to determine a fact in issue, a witness qualified as an expert by knowledge, skill, experience, training, or education, may testify thereto in the form of an opinion, or otherwise, if all of the following apply:

(1) The testimony is based upon sufficient facts or data.

(2) The testimony is the product of reliable principles and methods.

(3) The witness has applied the principles and methods reliably to the facts of the case.

The defendant argued that these revisions applied a more rigorous standard, which the witness did not meet on the subject of retrograde extrapolation. The court of appeals disagreed with this argument, noting that “[f]ederal courts traditionally grant a great deal of discretion to the trial court in determining the admissibility of expert testimony under Daubert.” The court then stated that “to sustain a successful challenge to a trial court’s ruling allowing expert testimony, a defendant must show that the trial court’s ruling was so arbitrary, so lacking in reason as to constitute an abuse of its discretion.”

To determine whether a witness meets the standard under Rule 702, courts should apply a three-part test.

Because the defendant did not challenge either the science of retrograde extrapolation or the relevancy of the testimony, the court reviewed the defendant’s challenge to the reliability of the witness’s application of the methods and principles to the facts of the case.

The court reviewed the witness’s qualifications which the trial court considered in allowing him to give opinion testimony on retrograde extrapolation. These qualifications included working as a field technician for the North Carolina Department of Health and Human Services in the “Forensic Test for Alcohol Branch” for about nine years prior to the trial. The witness had previously worked as a police officer and had been a certified chemical analyst for almost 20 years prior to the trial. As part of this certification, he studied the pharmacology of alcohol and he was required to be recertified every two years. The witness had also been involved in more than 130 retrograde extrapolation cases and had previously testified as an expert in retrograde extrapolation 28 times.

The defendant challenged first that the witness did not establish to what degree retrograde extrapolation was established in the scientific community and second that the witness used the terms “average” and “midpoint” interchangeably. The court reviewed the trial transcript and determined first that the witness’s “testimony confirmed that blood alcohol extrapolation is a scientifically valid field, which principles have been tested, subjected to peer review and publication, and undisputedly accepted in the scientific community and in our courts.”

The court then turned to the second challenge and noted that prior case law (applying the Howerton expert testimony standard used before the amended Rule 702) has held that “[a]n expert can be qualified but his application of a formula should be tailored to the facts of the case.” The court then stated that “[t]o be admissible under the heightened Daubert standard the reviewing judge must not only rule that the expert is qualified but that his math is correct as well.”

The court also held that the trial court reviewed the five Daubert factors to assess the reliability of scientific testimony, which are:

Therefore, the court disagreed with the defendant’s argument and concluded that the trial court did not abuse its discretion in qualifying the witness as an expert.

If you have been arrested for DWI, contact an attorney at Rosensteel Fleishman, PLLC (704) 714-1450, to discuss your options.