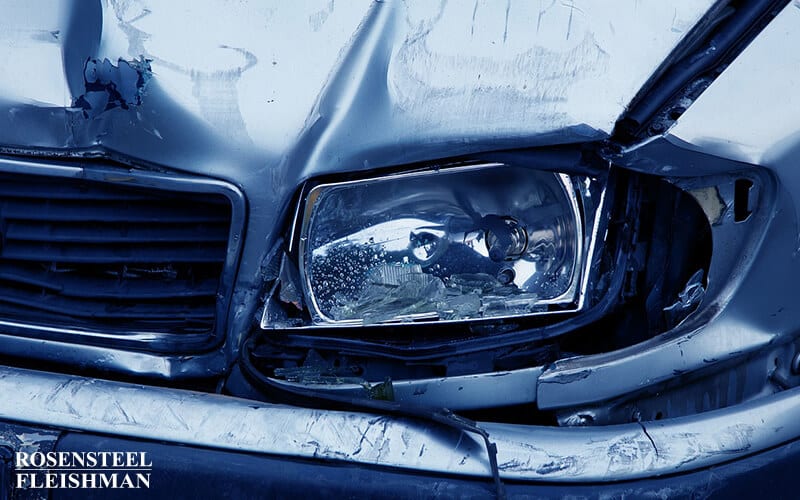 Collisions in which one car strikes another car from the rear are among the most common types of car accidents. These crashes do tend to have less impact than side-impact or head-on collisions because the people in the car are further form the site of impact. A rear end collision can lead to expensive car repair and high medical bills. These types of accidents may happen at lights, stop signs, or during stop and go traffic. These accidents are also becoming increasingly more common with the distraction of cell phones.

There is a presumption in most states that the rear-end car accident is always the fault of the driver who rear-ended the car in front. This is not the case in one hundred percent of rear-end collisions.

Determining fault is the issue at hand in a rear-end collision. The driver who is following another car is almost always at fault. The driver following behind another vehicle needs to leave a safe distance between their car and the car they are following. Drivers need to take several factors into account when they are driving on the road. The distance a driver gives to another car takes into account factors such as debris, animals on the road, traffic that suddenly slows down, construction, poor weather, or some other reason. A driver is expected to have enough distance between themselves and other cars in the event of any unanticipated stop. A driver who is tailgating is not leaving a safe distance between their car and the vehicle they are following. This aggressive behavior such as tailgating could lead to the following driver being found liable.

Liability in a rear-end collision case falls under the duty of care that all drivers must have for other drivers on the road. Any driver must drive in a way that does not pose any risk to other drivers. A driver of a car must anticipate when the car in front might stop predictably at something such as a red light or stop or sign, or stop suddenly. The breach of duty is a requirement for determining responsibility in a rear-end collision. The driver in the back is not automatically at fault just because they were the vehicle following behind.

When a driver has their car rear-ended it is their responsibility to prove the liability of the other driver involved in an accident. There are many different ways that a plaintiff might go about making their case. A plaintiff can reference accident reports, use eyewitness testimony or even look at skid marks and debris. A plaintiff may be forced even to prove that there was a defect in the vehicle that rear-ended them. The plaintiff must show that their actions were not the cause of the accident and thus why the driver of the car following behind should be held liable.

To determine fault in north carolina a plaintiff must be aware that North Carolina follows a doctrine of contributory negligence. Under this doctrine in a rear-end case, it may be possible that a plaintiff is unable to collect any damages. If you are the driver of the leading car is at fault to any degree it is possible that they will not be able to collect. The defendant has the burden of proof when claiming contributory negligence. If the defendant is able to prove that the driver of the lead car is partially liable and that they themselves did not have a last clear chance and were not grossly negligent then the plaintiff could possibly not recover any damages.

Once fault has been determined in a rear-end collision then the issue of compensation comes into play. Some of the more common injuries a victim in a rear-end collision could suffer from would be whiplash, head trauma such as a concussion, spinal cord injuries, facial injuries including bruising and lacerations. If a person is rear-ended in North Carolina and is suffering from any of these injuries then that person can file a personal injury lawsuit to help them recover any damages. The damages passed on injuries or damage to a vehicle could be medical costs, lost wages, pain, and suffering or property damage.

If you or a loved one has been involved in an accident contact one our our Charlotte car accident lawyers at (704) 714-1450.  We will discuss your rights and options.  There is no cost for an initial consultation.