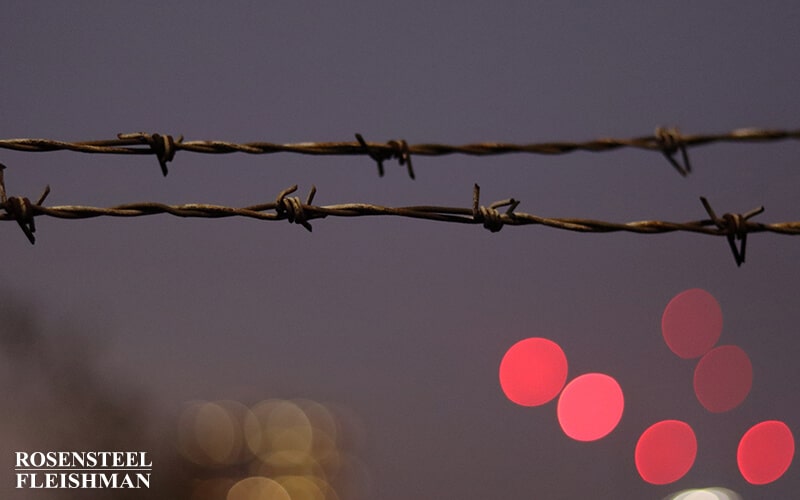 Not only can it happen to anyone: it often does. Vehicle livestock collisions are among the more common accidents that occur across America. Statistics indicate that they were at least 233 significant animal wrecks across America; many of these accidents actually create vehicle rollovers. Further study of the statistics by experts show that the accidents generally occur on curves or corners of a roadway. And, it is a serious economic and safety problem: at least 27,000 animals were reported killed during the course of the multi-year study[1]. There were no statistics describing the sheer number of injured animals.

Picture a massive, two-thousand-pound animal ambling on the road[2]. Add in the risk of driving at 9:30 at night on a September evening, and the mix can be deadly. In this case, fortunately, the casualty was not to the human side of the equation. A very valuable bull was killed: it also created quite a stress on a married couple. They prudently worked with a Charlotte car accident lawyer.

It turns out livestock collisions are such a serious problem that nations such as Canada actually have special trucker codes for handling farm animals that are injured on highways. The United States federal government has been criticized by many animal advocates for having “done little to address farm animal transport accidents.” Once again, it is evident that these significant incidents call for special expertise. Though this criticism may have been leveled against the lack of federal or state agency regulation or codes, courts have had frequently to deal with the fallout of vehicle on livestock lawsuits.

The interesting case mentioned above involved Virginia residents on that road in Northampton County. The bull was in north carolina, so the case was filed here. This followed, however, a lawsuit having been filed in Virginia by the wife against her husband for negligence in his driving. More on how important this turned out to be, and how a Charlotte car accident lawyer can help, in a bit. The couple sued the livestock owner, alleging he was negligent in letting the bull out.

II. He Said, They Said

Responding to the North Carolina lawsuit, the bull’s owner countersued the couple for damage to his bull. One of the key elements of the livestock owner’s lawsuit was to be allegations contained in the wife’s suit against the husband. These kind of fairly common wrinkles, where insurance companies often represent spouses, is just one more reason it’s important to hire an experienced Charlotte car accident lawyer in any unusual collision.

The counterclaim by the livestock owner was also significant. At a minimum, the average cost for a decent bull is almost $5,000. In fact, depending on the demand for the particular breeding, a bull can easily be worth many, many times that much.

III.  Taking Problems By the Horn

Under North Carolina law, the livestock owner was helped by what the wife had said about her own husband. In fact, in the Virginia lawsuit, wife and said that “at the set time and place aforesaid, the defendant [her husband], carelessly, recklessly and in a negligent manner failed to drive a reasonable speed under the circumstances.” Perhaps because they realized what this might mean for their suit in North Carolina, the husband and wife had actually settled the lawsuit in Virginia.

A qualified Charlotte car accident lawyer investigates the facts of accidents like this thoroughly. This means that an investigation into how the animal may have been avoided will be part of a full investigation. Were there warning signs? Adequate fencing? Are there open range rules? Following that kind of investigation, a Charlotte car accident lawyer will be better able to assess whether or not any specific rules of the road under North Carolina General statute were violated. In addition to the proper examination of traffic laws, there are also court decisions, which will be used to ascertain relative liability between the parties. One of the most common tests is whether or not the driver was contributorily negligent. Certainly, the wife’s suit in Virginia and criticizing her husband’s driving was a major blow here.

But the couple also had another major area of dispute that came up. It turned out that the husband may have been driving, but the wife was indeed in the car. Though she tried to change her Virginia testimony, and noted that she now believed that “(my) husband did everything he could to avoid colliding” with the bull. She was also riding in the front seat at the time of the accident. What difference does it make? Courts will often impute control or benefit/liability between family members in a vehicle accident. This is a complicated area of law and makes it absolutely critical that in any case involving family members, you need to protect your rights by talking to a qualified Charlotte car accident lawyer. Her presence in her own car was pivotal in imputing the husband’s negligence to her.

This case demonstrated one of the crucial details of making a claim for negligence in almost any auto case: timing. Filing a suit at the right time, and in the right place, can make or break a case. Of course, ultimately, the key fact developed in this case was where the wife was sitting at the time of the accident. As noted, it was a successful effort by the livestock owner to impute liability because the family owner of the car was also a family passenger at the time of the collision. Regardless, these interspousal lawsuits can be especially stressful. Arguments between parties, spouses, partners, insurers and then counterclaims amongst or against all parties... it makes a confusing mix of measuring liability. Part of this, of course, can merely be a strategy by one side to avoid owning up to responsibility and accountability. On the other hand, it’s also a great reminder of why it’s so important – after any accident – to contact a well-qualified Charlotte car accident attorney. If you, a family member or a loved one have been hurt in an auto accident—or have questions involving related injury and/or property claims about your legal rights or insurance, please contact us.  You will speak with a Charlotte car accident lawyer who can best answer your questions about how to protect your rights.  There is never a fee for this initial consultation.