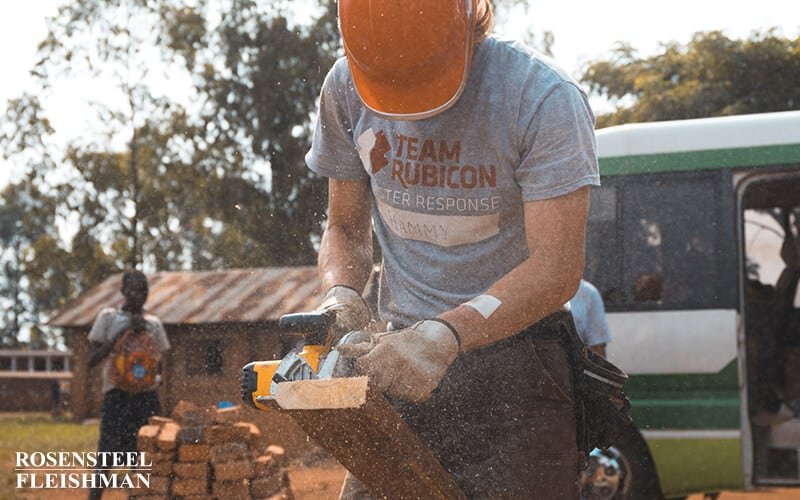 Better safe than sorry: Before beginning a subcontractor’s job…

I. Contracting for Injury

General contractors and their subcontractors are not always enormous companies or big corporations. In fact, one of the most common practices is for a subcontractor to be a sole proprietorship or a partnership. Unfortunately, many workers who form a business partnership for subcontracting building work are not aware of all the pitfalls… literally. In the following case, two men work together as partners in creating their small business called C & H builders. They worked as specialty carpenters for general contractors. They had a great reputation, but this did not keep them from being immune from a very preventable workplace injury.

Two days after starting a job, one of the men fell from the two-story scaffolding. Because the accident was thoroughly investigated by their workers comp lawyer, they were able to demonstrate that the scaffolding collapsed because of improper construction outside of their control. Even worse in some ways than the accident, was the contractor’s reaction.  In attempting to file a workers comp claim, the injured worker was suddenly, contradictorily, told by the general contractor that he was not eligible for worker’s comp. Wisely, the injured worker quickly sought the help of an experienced workers comp lawyer. Well before an official hearing, the carrier for the general contractor also attempted to refuse coverage. The workers comp lawyer went on to win coverage for the injured partner at that hearing, and then won again at a subsequent Court of Appeals decision. The contractor’s insurer didn’t give up, and appealed to the north carolina Supreme Court.

II.   Shaky Footing to Stand On

In terms of grabbing the Supreme Court’s attention, there were two great reasons this case was so legally important. First, the entire concept of exactly how subcontractors and contractors work out responsibilities for comp coverage. Because North Carolina has been such an attractive “boom” state for construction, it may be fair to say that subcontractors are the lifeblood of the building industry in this state. This helps explain in part why the workers comp lawyer could feel comfortable relying on protections under North Carolina law. To the first point, North Carolina has specifically written rules to impose liability on a general contractor for injuries employees of a subcontractor. Having said that, the workers comp lawyer was also very aware that the same state laws protecting employees did not apply to the actual subcontractor itself. This creates something of a gray area in coverage, and ambiguity for the insurance carriers.

The second reason the Supreme Court was so interested in this case had to do was called with what’s called “estoppel.” It’s worth defining estoppel, because workers comp layers may argue that an employer cannot make promises that are paid for in cash, only to be broken if a costly injury happens at work. For this discussion, think of estoppel as a promise made that can’t be denied. The workers comp lawyer in this case made it clear that the parties had at least discussed whether or not Worker’s Compensation would or would not be available to the partners of C & H. This agreement between the contractor and subcontractor existed, and was in spite of what other North Carolina laws might apply in the case.

Estoppel is also often defined as a binding promise that someone cannot in fair conscience deny having made. The workers comp lawyer stressed in this case that estoppel seemed to especially apply since they had discussed this very coverage issue, and even agreed to specific terms about how worker’s comp would be paid as part of the total compensation between the contractor and the two partners. This might seem to settle the issue…but the Supreme Court disagreed with the workers comp lawyer.

III. The Carrier Is Not the Employer

The worker’s comp lawyer’s real success was initially in arguing estoppel by the contractor to the subcontractor in the two prior hearings. The emphasis for the Supreme Court justices was the relationship between the contractor and the contractor’s carrier. Even more than that, the Court simply said that “estoppel could not be used” to effect the purpose of North Carolina workers comp law. Put another way, not only are there protections for workers, but also for insurance carriers. It is important to note that talking with an experienced workers comp lawyer may still reveal other areas of liability for duties owed by a general contractor to its subcontractors.

Workers comp lawyers in North Carolina know that there is an important exception in the general rule of ‘no liability’ between contractors and subcontractors. This exception can also work for the benefit of employees of subcontractors. This important exception occurs when a general contractor and subcontractor essentially collude or cooperate to prevent employees who may be injured from recovering under Worker’s Compensation. That exception did not apparently apply in this case. As the workers comp lawyer stressed here, small partnerships seem to fall into a dangerous gap of the laws. The bottom line is that being hurt while being or working as a subcontractor does not mean you should assume you can’t get workers comp.

This case, actually, also demonstrates that there are enough significant statutory exceptions to protect people (subcontractor or not) from being harmed by oversight or intentional wrongdoing by a contractor. This emphasizes how important it is to speak with an experienced and knowledgeable workers comp lawyer as soon as possible. In this case, it would’ve been a good practice for the partner/subcontractors to have spoken with a workers comp lawyer, before beginning the project. For smaller subcontracting companies or partners who have concerns about being protected in the case of an injury, this case is a good reminder: better safe than sorry.

If you, a family member or a loved one have been hurt in a workplace incident—or have questions about a prior or recent accident related to a workers comp, or involving related claims or your legal rights or comp hearings, please contact us.  You will speak with an accident/ workers compensation lawyer who can best answer your questions about how your cases may relate to each other.  There is never a fee for this initial consultation.