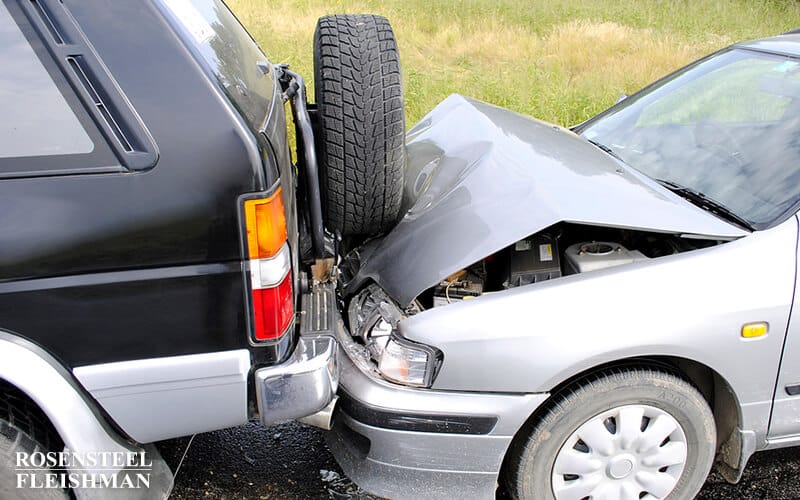 The general rule is that where the result of the accident is to bring into activity a dormant or incipient disease, or one to which the injured person is predisposed, the defendant is liable for the entire damages which ensue, for it cannot be said that the development of the disease as a result of the injury was not the consequence which might naturally or ordinarily follow as a result of the injury, and therefore, the negligent person may be held liable therefor.

Therefore, “if defendant's misconduct 'amounted to a breach of duty to a person of ordinary susceptibility, he is liable for all damages suffered by plaintiff notwithstanding the fact that these damages were unusually extensive because of peculiar susceptibility.'”

However, if the defendant’s negligence instead aggravates a pre-existing condition, the defendant is liable for only the aggravation of the injuries. The North Carolina Supreme Court explained in Potts that

On the other hand, where the wrongful act does not cause a diseased condition but only aggravates and increases the severity of a condition existing at the time of the injury, the injured person may recover only for such increased or augmented sufferings as are the natural and proximate result of the wrongful act, or, as otherwise stated, where a preexisting disease is aggravated by the wrongful act of another person, the victim's recovery in damages is limited to the additional injury caused by the aggravation over and above the consequences, which the pre-existing disease, running its normal course, would itself have caused if there had been no aggravation by the wrongful injury.

Under such circumstance(s), the defendant would be liable for all the harmful consequences which occur, even though these harmful consequences may be unusually extensive because of the peculiar or abnormal [physical] [mental] condition which [happens] [happened] to be present in the [plaintiff] [decedent].

Now let’s look at a few cases where the North Carolina Court of Appeals has applied this law to specific facts. In Holtman v. Reese (1995), the plaintiff was involved in a car accident in a parking lot, at which time defendant was travelling approximately 2 mph. The plaintiff had been involved in three previous car accidents in the past 8 years and had been to see a chiropractor over 100 times to treat injuries from these accidents. At trial, the jury, instructed per the pattern jury instructions, found that the defendant’s negligence had not proximately caused the plaintiff’s injuries. The plaintiff’s chiropractor “testified that these previous injuries were permanent, that soft tissue injuries in the neck "can never be returned to their original state after injury," that plaintiff was "susceptible" to neck pain and injuries because of her pre-existing neck injuries, and that her pre-existing neck problems were a "contributing factor" in the problems she had after the most recent accident.” The court of appeals held that

a defendant whose negligent act would not have resulted in any injury to an ordinary person will not be liable for its consequences to one of peculiar susceptibility. As for aggravation, our case law indicates that where a pre-existing mental or physical condition is aggravated or enhanced by a defendant's negligence, the defendant is liable only to the extent that the underlying condition is enhanced and not for damages attributable to the original condition.

Therefore, the jury’s verdict was supported by sufficient evidence.

In Taylor v. Ellerby (2001), the plaintiff was involved in a car accident in February 1995, immediately after which she complained of back pain. A few days later, she went to the doctor and complained of neck and back pain. She continued to visit the doctor several times. It was not until her sixth visit (21 days after the accident) that she complained of knee pain. The doctor who performed her knee surgery testified that there was evidence of fresh injury to the knee, as well as pre-existing damage. The jury found that the plaintiff was not injured as a result of the defendant’s negligence, and the court of appeals held that there was sufficient evidence to support this verdict.

Finally, in Carrington v. Depaoli (2012), the accident at issue occurred in April 2008. Following the 2008 accident, the plaintiff suffered back and leg injuries. The plaintiff had been involved in a prior accident in September 2002, after which he also experienced back and leg pain. The plaintiff “testified that he fully recovered from that collision by September 2002 and participated in several physical activities including running, tennis, and softball, symptom-free, in the approximately six years between recovery and the 2008 accident.” However, the plaintiff’s doctor’s testimony “tended to show that [the plaintiff] had certain preexisting back conditions at the time of the accident at issue.” The jury found that the defendant’s negligence was not a proximate cause of the plaintiff’s injuries. The defendant argued that it was error to provide a jury instruction on peculiar susceptibility. The court of appeals held that “[a] trial court's instruction on the issue of peculiar susceptibility is not erroneous if the evidence, when viewed in the light most favorable to the proponent, supports a reasonable inference of the existence of peculiar susceptibility” and that a “jury instruction on peculiar susceptibility is warranted where a pre-existing condition aggravates an injury suffered by the plaintiff.”