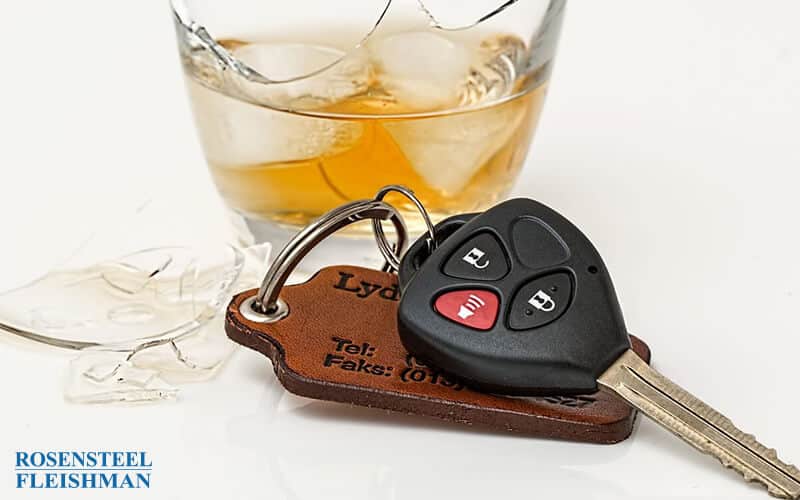 a mathematical analysis in which a known blood alcohol test result is used to determine what an individual's blood alcohol level would have been at a specified earlier time. The analysis determines the prior blood alcohol level on the bases of (1) the time elapsed between the occurrence of the specified earlier event ( e.g., a vehicle crash) and the known blood test, and (2) the rate of elimination of alcohol from the subject's blood during the time between the event and the test.

Typically, retrograde extrapolation is performed by determining a person’s blood alcohol content (BAC) at some time after the person was driving and then using the average rate of elimination of alcohol to determine what the person’s BAC was at the time he or she was driving. However, in 2010, the north carolina Court of Appeals looked at whether an expert could use retrograde extrapolation based not on a known BAC but on a BAC estimated from a detected odor of alcohol. In short, the court determined that the expert could not.

In State v. Davis, the defendant was involved in a hit and run, in which she seriously injured three people and killed a fourth, who were standing in the defendant’s travel lane after being involved in a separate accident. The incident occurred at approximately 9:30 p.m. on a Friday night. The police were first able to identify the make of the defendant’s vehicle and eventually determined the identity of the defendant as well. On Saturday morning, the defendant’s photograph appeared on the television’s morning news. At about 8:00 a.m. that morning, the defendant went to the police station stating that she was aware that the police wanted to speak with her. The officer who met her in the lobby described her “clothing as being in disarray, ‘like it would have been if someone had slept in their clothes all night long’” and “testified that he ‘could smell alcohol on [Defendant's] breath at that point.’”

The officer questioned the defendant, who admitted that she had been driving at the time of the accident and knew she had hit something but did not stop because she had a revoked license. The defendant told the officer that she went to a friend’s house after the accident, where she had some vodka to drink. The officer did not administer any breath or blood tests that morning. Four days later, the officer requested the defendant to return to the police department for a blood test. The results did not show any drugs or alcohol in her blood.

The expert explained that “the odor of alcohol did ‘not give [him] an absolute value with respect to the alcohol concentration, but it [did] show that alcohol was still in [Defendant's] system and [was] still being exhaled in her breath.’” Based on "look[ing] at some papers, some texts, where the concentration of alcohol that is detectable by the human nose has been measured[,]" the expert determined that “the lowest BAC that is detectable by odor alone is 0.02.” The expert also “testified that the literature he relied upon suggested a range of possible BAC levels, but that ‘[n]ot knowing the concentration, [he] used the lowest concentration that is detectable[.]’” [Note that the expert’s assumptions also included that the defendant did not consume alcohol after the accident, even though she said that she did, which would have been an issue for retrograde extrapolation performed even with a known BAC.]

The court of appeals conducted an analysis of the admissibility of the expert’s testimony, which requires a three part inquiry:

The court determined that the issue here was the sufficient reliability of the expert’s odor analysis. On this issue, the North Carolina Supreme Court has stated that

Where ... the trial court is without precedential guidance or faced with novel scientific theories, unestablished techniques, or compelling new perspectives on otherwise settled theories or techniques, a different approach is required. Here, the trial court should generally focus on the following nonexclusive "indices of reliability" to determine whether the expert's proffered scientific or technical method of proof is sufficiently reliable: "the expert's use of established techniques, the expert's professional background in the field, the use of visual aids before the jury so that the jury is not asked 'to sacrifice its independence by accepting [the] scientific hypotheses on faith,' and independent research conducted by the expert."

Although the expert in Davis had testified regarding retrograde extrapolation between 230-240 times, “he had never before testified based solely on an odor analysis.” Therefore, the court determined that the odor analysis was “‘[a] novel scientific theor[y], [an] unestablished technique[ ], or [a] compelling new perspective [ ] on otherwise settled theories or techniques’ and must therefore be accompanied by sufficient indices of reliability.”

The court contrasted the expert’s odor analysis with another expert’s analysis of a blood sample that had been exposed to heat for twelve days. In that case, the expert had previously performed a test on a blood sample that had been exposed to heat over an extended period of time, and the study was performed using accepted procedures and methodology. The court found fault with the fact that the expert in Davis did not identify the literature which he referred to as suggesting a range of BACs based on a detectable odor of alcohol. Furthermore, the court noted that the expert had never “performed any independent verification of an odor analysis or ‘smell test’ of this type.” Therefore, the expert’s method of proof lacked the “sufficient indices of reliability” identified in the case involving the blood sample exposed to heat.

The court also noted that North Carolina statute contains specific "[p]rocedures governing chemical analyses” in G.S. 20-139.1. The court stated that the odor analysis lacked the “rigorous standards” set out in the statute because there was no evidence that the officer’s “alcohol-detecting abilities were even remotely comparable to those of a trained operator using well-maintained and certified equipment pursuant to a DHHS-issued permit.”

Therefore, the court held that the expert’s odor analysis was not supported by a sufficiently reliable method of proof.