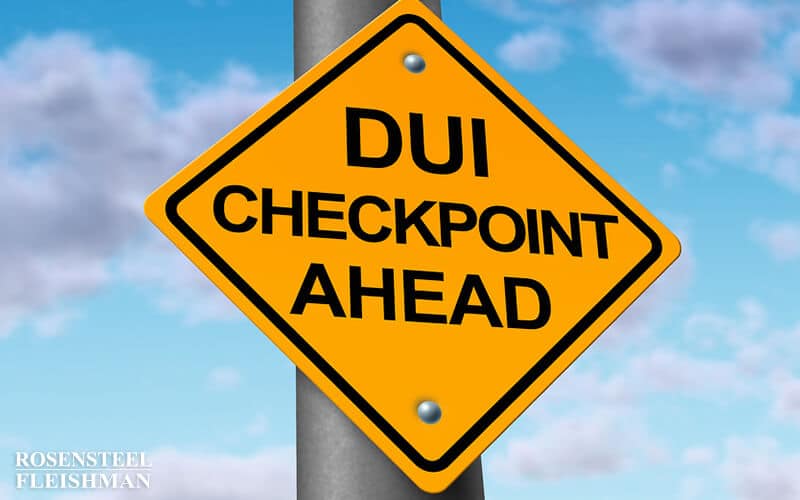 Today, the North Carolina Court of Appeals issued an opinion in the case State v. McDonald which set out the appropriate framework under which to determine the constitutionality of a checkpoint. The court determined that the trial court did not conduct the necessary analysis and remanded the case for appropriate findings.

On March 11, 2010, the Charlotte Mecklenburg Police Department conducted a driver safety checkpoint. As required by north carolina statute, the checkpoint was conducted pursuant to a written operational plan which stated that the purpose of the checkpoint was to “increase police presence” in the area and check for valid driver’s licenses and proper registration. The plan also provided that every car would be stopped and every driver would be asked to produce his license, unless the officer determined that a hazard had developed or that there was an unreasonable delay to motorists. In that case, the cars would be allowed to pass through until the hazard or the delay had cleared.

The defendant moved to suppress the evidence from the checkpoint, and the trial court denied this motion. The defendant then entered a plea of guilty and was sentenced to 6 to 8 months of imprisonment. This sentence was suspended, and the defendant was placed on probation for 24 months.

First, the court must identify the primary programmatic purpose of the checkpoint. The court noted that

a checkpoint with an invalid primary purpose, such as checking for illegal narcotics, cannot be saved by adding a lawful secondary purpose to the checkpoint, such as checking for intoxicated drivers. Otherwise, ... law enforcement authorities would be able to establish checkpoints for virtually any purpose so long as they also included a license or sobriety check. For this reason, courts must examine the available evidence to determine the primary purpose of the checkpoint program.

Second, the court must determine whether the checkpoint is reasonable.

To determine whether a checkpoint was reasonable under the Fourth Amendment, a court must weigh the public’s interest in the checkpoint against the individual’s Fourth Amendment privacy interest. …  [W]hen conducting this balancing inquiry, a court must weigh (1) the gravity of the public concerns served by the seizure, (2) the degree to which the seizure advances the public interest, and (3) the severity of the interference with individual liberty. If, on balance, these factors weigh in favor of the public interest, the checkpoint is reasonable and therefore constitutional.

In applying this test to the McDonald case, the court of appeals noted that the trial court found that the purpose of the checkpoint was “[t]o increase police presence in the targeted area while checking for Operator’s License and Vehicle Registration violations,” which is established as legitimate purpose. The defendant argued that an additional purpose of the checkpoint was to increase police presence in the area, which the defendant equated with a general crime control purpose. The court rejected this argument because it did “not believe an attempt to increase police presence in an affected area while conducting a checkpoint for a recognized lawful purpose is akin to operating a checkpoint for the general detection of crime.” Furthermore, the defendant did not present any evidence suggesting that the checkpoint was being conducted for the purpose of general crime control.

Next, the court of appeals looked at the reasonableness of the checkpoint. The court noted that

Under, “the second Brown prong — the degree to which the seizure advanced public interests — the trial court [is] required to determine whether the police appropriately tailored their checkpoint stops to fit their primary purpose.” Factors to consider when evaluating the second Brown prong are “whether police spontaneously decided to set up the checkpoint on a whim; whether police offered any reason why a particular road or stretch of road was chosen for the checkpoint; whether the checkpoint had a predetermined starting or ending time; and whether police offered any reason why that particular time span was selected.”

However, these factors are not “lynchpins” and the totality of the circumstances must be considered.

If you have been charged with a dwi at a checkpoint, contact an attorney at Rosensteel Fleishman, PLLC (704) 714-1450, to discuss your options.