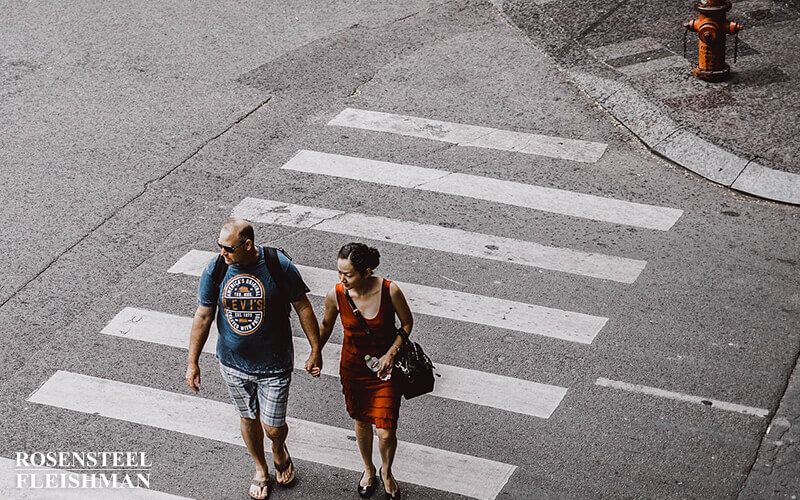 Can A Spouse Receive Compensation For The Other Spouses Injury?

Loss of consortium is a subset of a personal injury claim. The primary differentiating factor in a loss of consortium claim versus the typical personal injury claim is that a loss of consortium action is usually a claim brought forth by a spouse of a party that has been killed or injured. The injury suffered by the claimant must be the direct result of a negligent or intentional action of the defendant. The purpose of claiming that there is a loss of consortium is that due to the defendant's actions the party who was killed or injured is unable to provide their family members or spouse the same care that was offered before the accident. The care that has been taken away can include a lack of ability to love in the same fashion, loss of affection or companionship, and a loss of comfort, society, and even sexual relations. The family member or spouse who is no longer able to receive this care from the injured party can have a claim to recover those damages.

To have a valid loss of consortium claim, the initial claim must also be valid. A plaintiff who has become paralyzed as a result of a car accident would have a valid option of attaching a consortium claim. In north carolina, it is a requirement that the injuries sustained be something of substance. In the above example, where a plaintiff is now paralyzed, they can no longer perform household chores to help their spouse or family members. The plaintiff who is bringing forth the consortium claim would site the lack of ability to help around the house as a direct result of the injuries sustained. In North Carolina, when filing a complaint of consortium, there is a statute of limitations of three years.  The clock on that statue begins from the time of the accident.

Once a valid consortium claim is filed, then damages may be perused. Unlike many other facets of damage recovery, there is no simple formula for calculating the potential compensation a plaintiff may receive. Monetary awards that are received by plaintiffs can vary greatly. Juries and judges will access the activities of the injured party, including sexual activity, moods, and household services provided before the injury took place. The diminished capacity to contribute to the household aids courts in their assignment of a figure to a plaintiff.

The amount that may be recovered in a loss of consortium claim significantly increases if the accident resulted in long-term injuries or death of the victim. The reasoning behind the increased amount that can be recovered is because any long-term disability significantly increases suffering and has a far more severe effect on the spouse or family members. The injured party's ability to work, provide, or even the ability to take part in recreation is significantly more affected when there is a severe injury. The increased severity of injuries leads to increased suffering for the parties that are bringing forth the loss of consortium claim.

Before a plaintiff can collect any potential damages, they must prove their loss of consortium before the courts. In many personal injury cases, it is simple to site economic damages such as medical bills and lost wages. Consortium claims are classified as noneconomic damages. Noneconomic losses are not, so at the outset, it may seem a difficult task for a plaintiff to prove a monetary value it deserved. In establishing that a legitimate claim for consortium exists the court will carefully analyze the relationship between the plaintiff and the injured party.

When a spouse brings forth a claim, their relationship is closely examined. The court will consider if the marriage was stable and loving. A stable and loving marriage is another intangible that a plaintiff must prove, but it can be done. Witness testimony about the marriage, photos, and even journal entries can all be provided as documentation in attempts to prove a loving marriage was present. The court will also look at spouses' living arrangements and general household responsibilities to try and grasp what is now missing as a result of the injuries. Finally, the court may also consider the life expectancy of the injured victim. If a victim in their late 90s is injured, it is unlikely their family will feel long-term ramifications of the accident.

Claiming a loss of consortium can be an emotional distressful time for family members. In addition to the injuries sustained, a spouse will have the private and intimate aspects of their marriage examined by the court.  The courts can consider hardships that may have occurred through the course of a marriage. The hardships can include separations, infidelity, and criminal charges of each spouse. If there are any hardships present, it is possible that a defense attorney will bring them to light in order to try and minimize the compensation recovered. A plaintiffs marriage will now be part of public record and can be very trying for couples.

However, many married couples choose to go through a loss of consortium trial regardless of the spotlight it puts on their marriage. Injuries that are no fault of a plaintiff can significantly affect a marriage. When there is a loss of companionship or present deficiencies in the ability to help with children or chores, a family will likely seek monetary compensation to assist them for their loss. Loss of consortium is intended to help families who are left behind the scenes of an accident. After initial personal injury claims and medical recover, it can be challenging to return to a stable life and marriage. Loss of consortium is intended to help families recover when there are long-term effects on their daily lives because of injuries to their spouse.

If you or a loved one was injured in an accident please contact us.  You will speak with a personal injury lawyer who can best answer your questions and go over your options.  There is no fee for the initial consultation.