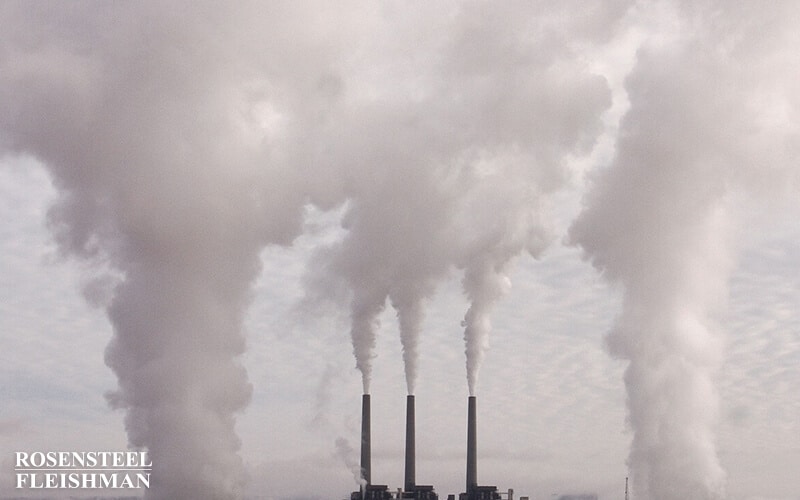 When you stop to think about it, it’s very difficult to find an exact number for almost anything. We all tend to round our numbers, or our estimates, or even our guesses, in one way or another. People often say that they’ll be somewhere in 15 or 30 minutes, instead of 14, or 17, or 23 minutes. In a similar way, some cases involving fair estimates of disability are just as puzzling… and challenging for an experienced workers compensation or trial lawyer to establish a disability number precisely. But an experienced workers compensation lawyer realizes and fights to show just how important the details are in reaching these numbers accurately.

Isn’t there some point—a precise number— at which a certain amount of disability means that a person should be regarded as totally disabled?

The following case points up crucial differences between partial and total disability. The case is especially interesting since it was not a unanimous appellate court decision: the majority faced a very strong dissent. Involving as it does a worker in the textile industry, it also has ongoing and important implications for thousands of workers in north carolina. For all the changes in the US economy, North Carolina still has the largest number of textile workers in America. Let’s meet Elsie M., who had spent her life in working cotton manufacture.

The North Carolina Industrial Commission had “factually” determined that Elsie’s inability to work, or to earn any wages, was caused by chronic and obstructive lung disease. These facts were directly shown by her compensation lawyer’s to have been related to her career in the textile industry[1]. Unfortunately, there was also strong medical evidence that some of her chronic obstructive lung disease was related to non-work conditions: bronchitis, varicose veins, and diabetes. None of these medical disabilities had been shown to have been aggravated by her occupational disease.

Those were the facts of proven legal disability versus medical disability the industrial commission had decided on. But in fact, it takes a well-qualified workers compensation lawyer to have emphasized those facts in the record. Appeals courts, in other words, usually rely on the four corners of the hearings record.

The Appeals Court emphasized that it wasn’t its job to change the facts that have been determined in front of the industrial commission. “The Appellate Court does not retry the facts.”

As sound as that principle is, there’s more to the story. North Carolina began its workmen’s comp coverage in 1929: major amendments came out in 1935. In 1935, specific occupational diseases were added to eligible coverage. The point is that proving occupational “facts” of an injury are a mix of conclusions, experts, and rules. Even the court here admitted as much, by noting both the growth and coverage and the differences between legal and medical disability. All of this adds up to the reality that courts may insist on upholding the facts found at a hearing or trial – while at the same time struggling with how much weight or interpretation to give to legislation and expert testimony. As a result, qualified workers compensation lawyers know that they want to put their best case forward at the first hearing, and not wait for an appeal. The minority judge in this case implicitly acknowledged this level of ambiguity in calculating specific numbers, when it comes to defining an injury. Let’s take a look at that judge’s (Justice Exum’s) lone analysis.

Judge Exum did not seem very sympathetic to Elsie’s case. For example, the judge said “none of these infirmities standing alone had ever kept her from working. She continues to work despite these infirmities until her long disease progressed in such a severe state that because of that she was no longer able to work. Her incapacity for work, therefore, was caused entirely by her lung disease.”  Though this judge was dismissive of the point, there was expert testimony that said there was a 45/55 dichotomy between non-work and work-related disability. Though these precise measurements, as we’ve talked about, may be grounds for concern…the workers compensation lawyer in this case essentially won this case by this one single expert’s 45/55 presentation. Where Judge Exum would have found precise aggravation and probably ruled against the worker, the majority found ambiguity that favored Elsie.

We started this blog with a question: if there’s eventually a point at which someone should be legally assumed to be completely disabled. For the dissenting judge in this case, this was something that the majority had not dealt with. The dissenting judge attacked the majority to more specifically deal with this important question. It is a fair point. It would be hard to imagine many diseases or disabilities that work completely in isolation, within the human body, or aggravating workplace performance, for that matter. But the minority opinion would not use the numbers to necessarily approve compensation. And there’s the point. The numbers used in disability are perhaps more useful in deciding not the exact amount of disability: but the likelihood someone is disabled by working conditions. As we noted at first, people use numbers for common sense purposes.

The workers compensation lawyer, in the words of the majority, proved that the medical evidence “overwhelmingly” supported the industrial commission award to Elsie M.

While it isn’t certain the minority/dissent would have ruled against Elsie, it seems likely. This battle between judges shows how important the injured worker’s lawyer is, in winning the injured worker’s case. Additionally, the minority opinion of today is often persuasive to the majority tomorrow. This can happen as the numbers become more precise in terms of evaluating a specific disability, judges change, legislative reaction to a court decision, or a medical treatment and improvement. For example, the majority went out of its way to comment that workers compensation in North Carolina is not “intended to be, a general accident and health insurance act.” This kind of worrisome language can be an obstacle to fair recovery in some cases. On the other hand, it may have been a very practical way to rebut the implications of the minority opinion. The difference in explaining the meaning of numbers comes from expert level knowledge by a talented workers compensation lawyer. A workers comp lawyer can also anticipate particular courts and both minority and majority opinions that they may have. Finally, a workers compensation lawyer knows how far the legislature is currently looking to provide or limit worker coverage “by the numbers.”

It’s a standard idea in law that someone who hurts another person “takes your victim as you find him (or her).”  The point is that if someone pushes someone down, they can’t hide from the fact the person might, for example, have brittle bones syndrome.  The same price—you might say, the employer has to buy the numbers—is to be paid by the employer, the majority in this case said about Elsie and her non-work problems.

[1] The North Carolina Medical Journal continues to study the many sources of poor air quality in many North Carolina industries, besides textile mills---which have made efforts to clean up their air. http://nciom.org/wp-content/uploads/2017/07/NCMJ_74-5_final.pdf