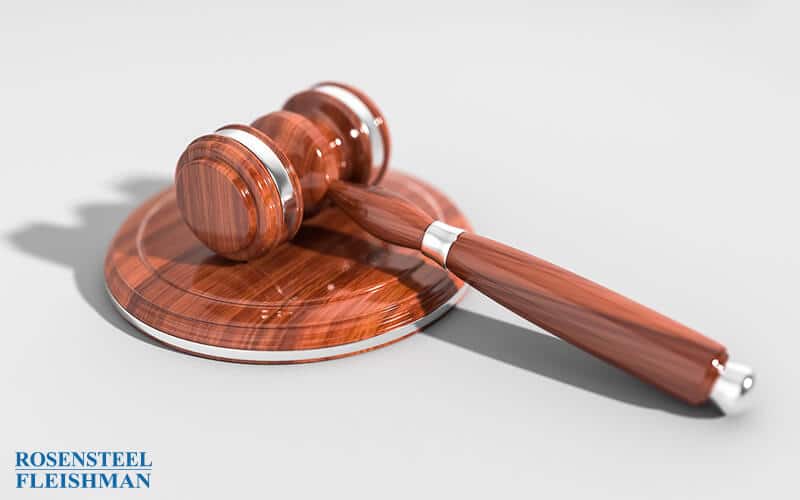 “Facts. Just the facts, ma’am.” That’s according to Joe Friday, from the classic police show, Dragnet. But facts—Dragnet aside— aren’t the only important thing in the law. Having a great criminal defense lawyer on your side goes well beyond the alleged facts of the case.es, it is important to make the AG prove facts and elements of a crime, beyond a reasonable doubt: so is it also crucially important, the way the attorney general attempts to do it.

Besides, people often differ on exactly what are the real “facts.” Conflicting eyewitness testimony is extremely common. We will be looking at a case, where events unfolded very quickly and dramatically. Unfortunately, people in their rush to judgment may also forget that something else is supposed to be even more common: innocence before being presumed guilty. One way a practiced criminal lawyer addresses this issue is to require the police and a prosecutor investigation, and in any trial, to follow explicit rules of fairness. The case here actually tested why the law is written one way (“firing a weapon into a dwelling”) and yet applied to another definition, perhaps too broadly (“firing a weapon into an apartment.”)

In the case of Johnny Bryant, with his nickname of “Blaze,” a criminal defense lawyer worked to make the law not only say what it means. The argument was that the law should be taken to mean what it said.

II. Prove It: Did the prosecution build a dwelling of cards?

As noted, these events started under very quick, crisis conditions. The first official record of a major disturbance came on a late December, a little after 2 AM: Kannapolis, Cabarrus County.

Police received a call of a “fight” at the Royal Oaks garden apartment complex. Again, the fact of this structure having been an apartment complex was not going to be debated. What did become an interesting legal question was whether or not an “apartment” (where the fight occurred) was exactly intended to be covered, according to the way the north carolina law against firing a weapon into a “dwelling” was written to cover.

Words, especially in law, need to have meanings that are fairly certain. If that doesn’t happen, it makes it harder for an accused person to actually know what they are charged with. Vague indictments can be one way the State unlawfully shifts how a crime needs to be proved. It’s also an area where talented trial attorneys can show weaknesses in the charges: perhaps even leading to changes in those charges being filed.

Bryant testified that he received a call that somebody had jumped on the “his brother.” That’s what precipitated the trip to the apartment complex. Once there, there was very little agreement about what happened next. Part of the reason for the factual confusion had to do with when the bullet (alleged to have been fired by Bryant) was actually found. It was only the following day that a resident found bullet holes in an adjacent apartment. The bullet was later matched to one of the weapons that the police found laying near the apartment complex.

On his side, the defendant had testimony from a girlfriend and two of her friends that supported his argument that he had not fired a weapon. That in fact, they had arrived only in time to hear a gunshot. The police testified that they had seen an associate of the defendant, and not the defendant, with a handgun. Testimony that the defendant had a gun came from nearby residences of the apartment complex. Yet even this amount of “factual” evidence was debatable…owing to the noise, darkness, and confusion.

After a Superior Court trial the following September, Blaze was sentenced on both counts. He received a sentence of from 17 to 30 months, for the firearm possession (with his prior felony conviction), and 84 to 113 months for discharging a weapon “into an occupied dwelling.”

After his conviction, Bryant and his criminal defense attorney pointed to three problems with the Attorney General’s case. First, the issue that the word “apartment” is not used in the North Carolina law: it is against the law to fire into a “dwelling.” Second, the State insisted on arguing that so-called “general” intent was enough to convict him: that this type of intent being included in one of the jury instructions, argued the criminal defense attorney, was an error. Third, an argument that it was improper to use arrest warrants against Bryant as evidence. As we see all too often, however, while the Court of Appeals agreed with the criminal defense attorney on this point: admission of the arrest warrant in one case was a mistake…but supposedly not a big enough mistake. The Court of Appeals chose to find that there were alternative grounds for the jury’s finding that Bryant was guilty.

More troubling, perhaps, was the fact that the court insisted on watering down the difference between an apartment and a dwelling. Ultimately, because the Attorney General had used what are called superseding indictments to help “clarify” the charges against Bryant, the court claimed that these weren’t “fatal defects” and that Bryant essentially had reasonable notice about the charges he was facing.

This led to the somewhat odd result of the court finding that Bryant did “willfully discharge a firearm into an occupied apartment,” while leaving intact (and unquoted at that point in their decision) the language of the statute itself. Language that does use the term dwelling and not apartment. That is, “a person willfully or wantonly discharges a weapon described… into an occupied dwelling….”. The appeals court may not have liked the argument of the criminal defense attorney, because it clearly struggled with answering it. At one time, the court even relied on discharging a weapon “into a vehicle” to support their conflating of dwelling and apartment.

IV. Conclusions: The Path to Justice

So, the path to either an acquittal or a conviction, as we’ve talked about here, doesn’t always have to do with pure facts. There was compelling testimony, on both sides, as the whether Blaze had even fired a weapon. Eyewitness police testimony, indirectly linking Blaze to a gun, and then supported by a State ballistics expert, was probably the most important in the jury’s decision to convict. But there was still some measure of doubt whether or not the defendant had even had a weapon on him.

The “fact” that counts so heavily in an accused’s favor, however, must always be the presumption of innocence. The earlier the process of aggressive defense can start--the sooner you or a family member can talk to an expert criminal defense attorney--the better. This is especially important in order to point out (or exploit) weaknesses in the supposed “real” fact pattern. Decisions by an experienced criminal defense attorney is usually the only way to decide how and when to use these weaknesses, to help assure that a lawful prosecution is actually followed. If you, a family member or a loved one have been accused of a crime related to weapons or assault, or involving related claims or your legal rights to a fair trial, please contact us.  You will speak with a Criminal Defense/ trial lawyer who can best answer your questions.  There is never a fee for this initial consultation.