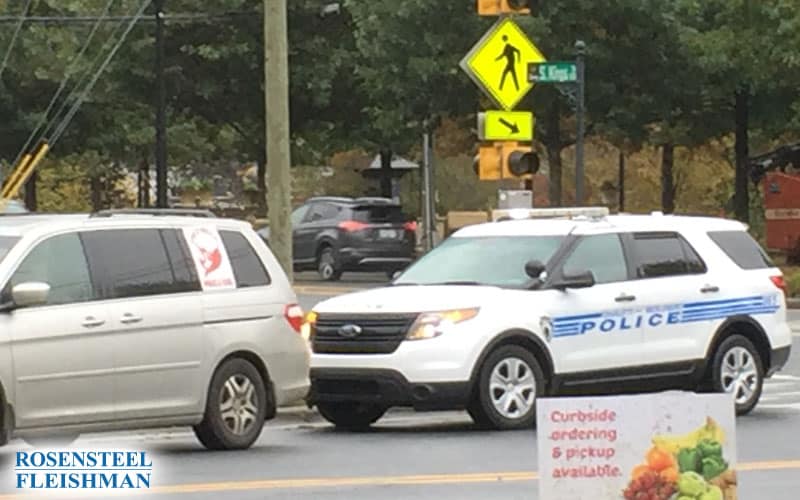 I. Justice in the Courts

One of the largest jail systems in America (Cook County, Illinois) has estimated that almost a third of all inmates have a serious mental or physical disability. A cursory look at who gets a “criminal record” in America is just as sobering. Almost half of all African-American males and fully 40% of white American males have a criminal record of some kind. It’s highly unlikely that enough of these people with records actually were able to get adequate criminal defense help, early enough. One of the major issues which should be fixed has to do with people having disabilities not receiving adequate help. One of the leading ways to assure justice in the North Carolina legal system, is to consult as quickly as possible with a Charlotte criminal defense attorney: even before charges are filed. This can be especially important if the defendant is an any way dealing with a disability while facing arrest or trial.

The number of criminal cases involving people with significant disabilities hasn’t just been on a steady rise in America. It’s fair to say that the question of disabilities in achieving fair trials is of epidemic proportions. Because of the unique aspects of being entitled to a full defense, the issue of being able to properly participate in one’s own defense is something an experienced Charlotte criminal defense attorney can help assure.

It’s important to remember that having a good lawyer is helpful in all kinds of cases, and not only death penalties. One important North Carolina case involving a person with a disability was indeed a capital offense. So, while the case here will focus on a question of adequate defense by an experienced attorney in a death penalty case, every case where any type of incarceration (or permanent criminal record) can occur is crucial.

Joann B. was seen leaving her house mid-morning and walking, that witness thought, “towards” a Red Springs shopping center. Another relative (her uncle) was actually the last witness to see Joanne alive, as she was sitting under a pear tree, allegedly arguing with the man who would later be charged with her murder.

According to the police investigators, the defendant at first described his arguing with Joann as a response to being jealous. Evidence from the coroner, however, indicated Joann had died during sexual intercourse.

The disjointed and several separately written statements of the defendant himself indicated a confused state of mind. Even if taken as true, two of the three written statements, leads to the likelihood that the defendant did not know “murder” was even happening. In fact, while the defendant in one statement indicated that he thought he left her alone and alive, another statement indicated that he tried to haphazardly cover the body with leaves. Additionally, the defendant at one point said that as he was having intercourse it “didn’t feel right.” Not that Joann was hurt, but only that it was somehow ‘different.’ In fact, based on the coroner’s later evidence, the great likelihood was that Joann was in fact dying during the alleged rape itself. This distinction allowed the Charlotte criminal defense attorney to cast some doubt on how someone with a mental impairment can be seen as planning a crime.

III.   Too little, Too Late

The jury came back with a verdict of guilty of murder, in the first degree. The jury also then recommended a sentence of death. However, the defense attorney ultimately raised important issues before the Supreme Court of North Carolina. The defense attorney argued that the trial court’s mistakes centered around the way that the court judge did or did not properly instruct the jury on a range of issues.

There has developed, in this century, generally supportive public opinion that people with severe profound mental retardation should not face the death penalty. Beginning in 2002, the United States Supreme Court has reflected this trend that intellectual disabilities can in some cases bar the use of the death penalty. North Carolina itself has been a leader in this area. Before the important US Supreme Court ruling in 2002, North Carolina was already moving towards excluding people with intellectual disabilities from execution. Since that time, almost a dozen states have actually adopted the emerging trend to assure better courtroom protections for people with intellectual limitations or disabilities.

Notably, in terms of looking back in history at this case, there was separate evidence that the defendant’s mental retardation was viewed as only “mild.” Furthermore, the courts of that time seemed to accept the idea that intellectual disabilities were not measurable. In the 1990s, the more accepted idea was that there was not any necessary link between mental retardation and a defendant’s ability to appreciate whether or not his conduct was criminal. Unfortunately, this case occurred before the sea changes in public and medical opinion, often led by advocacy from Charlotte criminal defense attorneys. The death penalty in this case was upheld.

It was noted above how important it is, in every type of criminal case, to have an experienced attorney on your side. Though this case involved questions about adequate legal safeguards for someone with mental retardation, other disabilities can have similar issues in terms of adequate ability to be represented and be involved in ones on defense. A prior arrest was used in this case to show a propensity for similar violence by the defendant. Thus, issues of expunging a criminal record can also come into play.

If you, a family member or a loved one have questions about any arrest, or involving related claims or your legal rights or prior arrests, including (but not only) disability or intellectual impairments, please contact us.  You will speak with an experienced Charlotte attorney, who can best answer your questions about how your rights can be protected.  There is never a fee for this initial consultation.