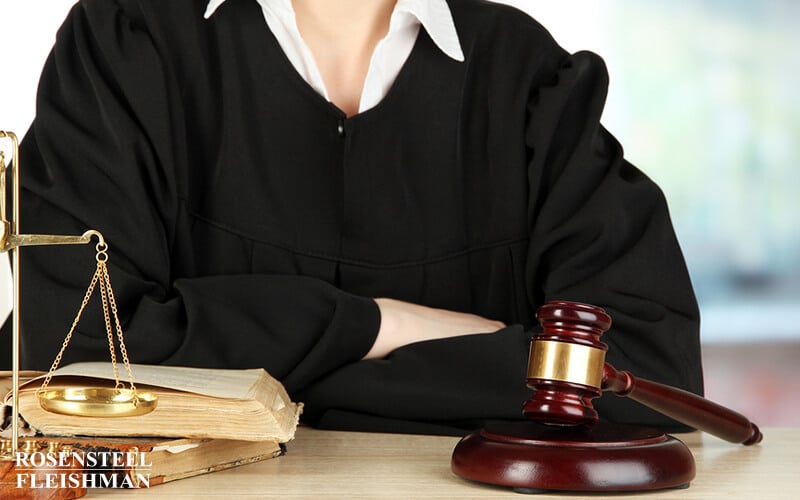 Every crime needs to be proven at a certain place and time: but there is often confusion in separating one present offense from allegations of prior crimes. criminal defense attorneys also use their experience to avoid inflaming prejudices because of the type of crime. Crim defense attorneys battle to keep out unreliable, unduly prejudicial past allegations or charges of other crimes. The “how” this is done provides insight into why anyone with a history of prior charges needs a well-qualified criminal defense attorney on their side.

Statistics suggest that there are very few more volatile, less sympathetic cases than those with allegations involving spousal or partner abuse. In any case where someone accused of such a crime wants to help make sure they get a more fair trial, it is absolutely essential that they partner only with a seasoned criminal defense attorney. A qualified criminal defense attorney knows that there is always potential for prejudice to creep into a jury when spousal abuse charges surface.

Take the case of the man named Charlie A. Charlie was accused of beating, and then suffocating Pamela, his girlfriend of one year. Yet, there was significant dispute about the adequacy of evidence to support his conviction. No one can argue that evidence of prior beatings may be significant – or, that conversely, perhaps it is unfairly prejudicial. One common goal for balancing these interests, is that the criminal defense should get every reasonable chance to test if the prior charges are: (a) relevant and are (b) built on a solid foundation. Part of the work of a good criminal defense attorney is to make sure that any evidence presented is also accurately presented, and not unduly prejudicial. This case raised significant issues about how a jury should receive evidence concerning Charlie’s supposed beating up his girlfriend, one month before the final incident between them.

It’s already been noted here, how hard it can be to get a fair trial when the evidence of a beating is particularly serious. In this case, a chief medical examiner for the state of north carolina described the brutal blunt force injuries to Pamela’s face. The beating had occurred in November. The doctor’s testimony described substantial bruising and swelling all over the face and neck. There were particularly bad lacerations to the right eye, and tears at the corner of the mouth. There were tears to the left ear, and a skin abrasion that was fully 1-inch deep. There were miscellaneous scrapes and other abrasions. The seriousness of the blunt force disclosed blood, pooled onto the surface of the brain, and significant hemorrhages in the neck and larynx.

It was the doctor’s considered opinion that a single hard, blunt object – perhaps having two prongs – could’ve created these types of injuries. To support his opinion, the police produced a hammer that had been found on Pamela’s bed. There were apparently no fingerprints or matching DNA on the hammer.

III.   Don’t Charge the Crime, At the Wrong Time

One of the prosecution goals, in proving the November assault, was based on something that Charlie was accused of doing in October. In trying to show that the assault on Pamela was part of a pattern by Charlie, the state prosecutor introduced five separate pieces of evidence in a circumstantial puzzle. On appeal, Charlie’s expert criminal defense attorney was to point out that it was an error to allow these pieces of evidence.

The five pieces of evidence ran the gamut between personal opinion and official record. First was testimony of a mutual friend, who testified to the supposed cause the October attack. Second, and more persuasive, was Charlie’s own probation officer. Third was the testimony of a deputy from Warren County, who had processed a complaint about the assault from October. Fourth were court records that had reference to hard evidence linking Charlie to the attacks on Pamela. Fifth, however, was a rambling letter written by Pamela herself to a congressman, complaining of an October assault and naming Charlie.

Taken together, these five separate pieces of circumstantial evidence about the possible prior assault proved to be a heavy burden on the November defense. Other courts across the country, and even slightly different fact patterns in North Carolina itself, have led to different results. Including, suppression of prior alleged assaults. In this case, though the criminal defense attorney undoubtedly raised significant concerns to the Supreme Court justices, the weight of evidence was too much for the defense to overcome. The Supreme Court allowed all five separate bits of evidence to stand. The bottom line for allowing this circumstantial case of a prior assault: appeals courts don’t like to overrule factual discretion of trial courts.

IV.  Puzzle Pictures May Be Misleading

Circumstantial evidence can be very damning, quite apart from the emotional effect of physical abuse charges on a jury’s opinion. For example, the prosecution in this case noted that Pamela’s job as a waitress often brought her a lot of change—especially quarters…which she kept in a tip jar near her bed. This had the effect of creating a suspicion against the defendant, when he was identified as buying gas and soft drinks with for five dollars “in quarters.”  An experienced criminal defense attorney helps prepare a full range of defenses against this type of circumstantial evidence. It is absolutely essential in any case involving any loss of liberty– especially of a violent and emotionally charged offense such as alleged abuse – that a suspect immediately seek the advice of a qualified criminal defense attorney.

Abraham Lincoln, in once responding to a critic, rhetorically drawled back: “you’re asking if I ‘still’ beat my wife. I won’t fall in the trap.” The point is that there’s no good answer, once the charge is made. The criminal defense attorney in this case also tried an interesting technique to show that there was too much prejudice to have a fair trial: a request to change venue, and change the location of the trial. To accomplish this, the defense attorney introduced evidence from a private investigator. The PI conducted a poll of people in the community about whether or not they had heard of this case or the victim. Almost one out of every four people told the PI that they had read or heard about the case. While ultimately, this evidence was not used at trial (it was not seen as valid polling), it underscores what an effective criminal defense attorney can do. Publicized or not, a qualified criminal defense attorney will make sure that a jury is actually more likely to be fair and not pre-judge a case: no matter how volatile the charges are.

If you, a family member or a loved one have questions about any arrest, or involving related charges or hearings, including (but not only) jury issues, please contact us.  You will speak with an experienced criminal defense attorney, who can best answer your questions about how your rights can be protected.  There is never a fee for this initial consultation.