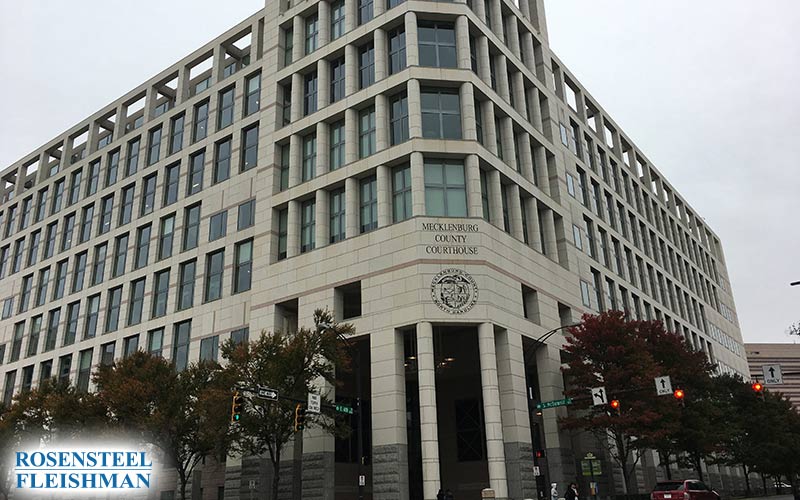 Peering At A Jury: Fair Trial or Foul?

I. The Attorney and the Jury

Only occasionally is it driven home to people just how important jury selection is to the operation of the system. This may have a lot to do with the natural attention that a criminal trial draws to the facts of the crime. Yet the real work of a criminal defense attorney covers other details—even before the trial starts—that affect virtually all criminal defense cases. For example, the famous Syriani murder case here in north carolina, involving the stabbing murder of a man’s wife, showcases the need to have a qualified criminal defense attorney on your side.

North Carolina, since 1976, has had 43 death penalty executions. On the other hand, there are now 143 people (three women) on death row in the state. Whether people favor the death penalty or not, it’s worth studying the importance of an adequate defense for anyone accused of the death penalty. Most people who blindly support the death penalty, or rush to judgement in such cases, don’t know there have been 10 innocent people freed from North Carolina’s death row. Additionally, there have also been five acts of death penalty clemency granted by various governors. One of the crucial factors is whether or not an accused in any criminal trial has had a fair jury to decide their fate. As so many well-known criminal trials prove, having an experienced criminal defense attorney is one of the most important ways to guarantee that a jury is doing its job correctly.

It gets very interesting when one of the jury pool, while admitting discomfort with the idea of voting for the death penalty, also says he does not absolutely oppose its imposition in a case. Is it fair to remove this kind of open-minded juror? For the defense, this is the kind of juror that might be a very good choice. On the other hand, it’s easy to see why the prosecutor would want to have a juror, who leans against the death penalty, off the jury. The question of each side strategizing the most “sympathetic” jury is true for any jury trial. In a case involving an alleged murder that is horrific, the skill of a criminal defense attorney is especially important in terms of selecting a juror who will not be shocked by the facts of an alleged crime.

II. Background of a killing...

Dr. Jim Sullivan is a forensic pathologist and medical examiner. After examining Teresa Syriani’s body, he spoke about the various wounds, including what appeared to be prior incidents of domestic violence. There were several healed wounds on the left cheek, five wounds on the left side of the neck, five wounds to the right cheek (in and around the mouth), missing teeth, and five wounds to the back of her right hand and arm. Then there was the death wound: a penetrating wound to the brain’s basal ganglia core. Dr. Sullivan said that it “would take a substantial amount of force to penetrate an adult skull” to this depth with a handheld weapon. This requirement for tremendous force was especially true if the weapon was a knife or, as was actually probably used, a screwdriver.

Because of these repeated actions, the death penalty was front and center as the requested penalty by the prosecution. On appeal to the North Carolina Supreme Court, one of the key questions became whether or not a juror candidate had been improperly excluded from the jury during voir dire.

Voir dire comes from old French, and refers to “that which is true.” It is now shorthand for the truth-seeking process of jury examination. It is a sometimes very extended process by which involved parties can ask questions of potential jurors—the way a criminal defense attorney and the prosecutor (with oversight by the court) will attempt to get a jury that’s most helpful—or least harmful—to their side.

At a minimum, Mr. Masterson at no time said that he would absolutely vote against the death penalty. The criminal defense attorney was to argue that it was unfair to disqualify this juror for cause.

True, there are reasons that a juror candidate should never be allowed to serve. Bias, prejudice, pre-judging, etc. These are examples of “for cause” challenges and they are unlimited. On the other hand, North Carolina law also specifically gives a limited number of peremptory challenges to the defense and prosecution: G.S. 15A-1217. For each defendant in any capital trial, 14 peremptory challenges are available to each side. Making sure that the prospective juror is removed under the correct type of challenge is important. This case also demonstrated the importance of having an experienced criminal defense attorney, who is adept at not only using their own challenges properly, but challenging misuse by the prosecutor. Additionally, the criminal defense attorney raised US Constitutional issues of rights to a fair trial by jury under the 6th, 8th, and 14th Amendments.

Unfortunately, in this case, a majority of the North Carolina Supreme Court felt that circumstances of excluding for cause a juror who was undecided about the death penalty, in this case, had to be left to the trial judge. In fact, the North Carolina Supreme Court went so far as though to say that dismissing Mr. Masterson as a possible juror was acceptable because the trial judge “is left with a definite impression… that a juror would be unable to faithfully and partially apply the law.” This argument is certainly not going to go away, regardless of the holding in this case. If you, a family member or a loved one have been arrested or accused of a crime—or have questions involving an appeal, your rights to a fair jury, or your legal rights or at hearings, please contact us.  You will speak with an experienced criminal defense attorney who can best answer your questions about how to protect your rights.  There is never a fee for this initial consultation.