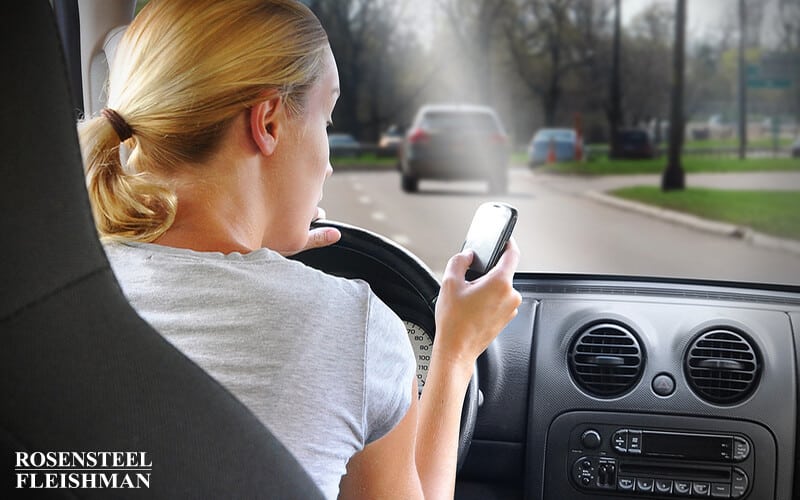 WSOC-TV reports that a woman who caused a fatal accident in northwest Charlotte has admitted to texting and driving prior to the accident. The accident occurred on Mount Holly Road just before midnight on Sunday night. In addition to the admission of texting and driving, police also found various drugs on the woman following the accident. According to police, she was in no shape to drive and has had several drug charges in the past. An eyewitness to the accident described the woman’s driving as being “all over the road.” The woman was taken to jail after the accident and is facing charges of misdemeanor death by motor vehicle, texting while driving, and trafficking drugs.

Although the texting and driving charge might be the least of the woman’s worries right now, it is worth noting the different legal treatment that texting and driving receives compared to the treatment of other dangerous behaviors such as drunk driving. There are numerous articles and studies available detailing the dangers of texting and driving, many of which claim that drivers who text and drive exhibit greater impairment than drivers who drink and drive. In addition, the trend in recent years has shown a decline in drunk driving fatalities (28% decline from 2005-2012), while the number of distracted driving fatalities has increased (28% increase from 2005-2008 alone).

However, the laws of most states, including the laws of North Carolina, continue to punish drunk driving much more severely than texting and driving. This different treatment is seen both criminally and civilly. A driver in North Carolina convicted of dwi can receive a fine of thousands of dollars, potential jail time, and a misdemeanor criminal conviction. A driver in north carolina cited for texting and driving, on the other hand, receives a $100 fine for a traffic infraction and doesn’t even receive any points on his license.

Other North Carolina courts, however, have been hesitant to expand a finding of gross negligence to situations where one of these three factors is not present, unless there is an “equivalent indicia of conduct that is willful, wanton, or done with reckless indifference.” (Clayton v. Branson (N.C. App. 2005)) It is unlikely that courts would find the act of texting and driving to meet this level of conduct.

Failure to comply with the provisions of this section shall not constitute negligence per se or contributory negligence per se by the operator in an action for the recovery of damages arising out of the operation, ownership, or maintenance of a vehicle.

The court further explained that

Ordinarily, a standard of conduct established by a safety statute must be followed. Where the safety statute at issue provides to the contrary as it pertains to civil liability, however, violation of the statute, without more, does not constitute negligence at all. Consequently, assuming Plaintiffs had properly pled, and could persuasively prove, that [the defendant] was "texting" in violation of N.C. Gen. Stat. § 2-137.4A at the time of her collision with [the plaintiff], such evidence standing alone would be insufficient as a matter of law to sustain a negligence verdict in favor of Plaintiffs on this theory. Likewise, it could not support a finding if willful or wanton conduct and therefore will not support a claim for punitive damages.

Therefore, not only does texting and driving not constitute gross negligence, a violation of the statute is insufficient to support even a claim for mere negligence.