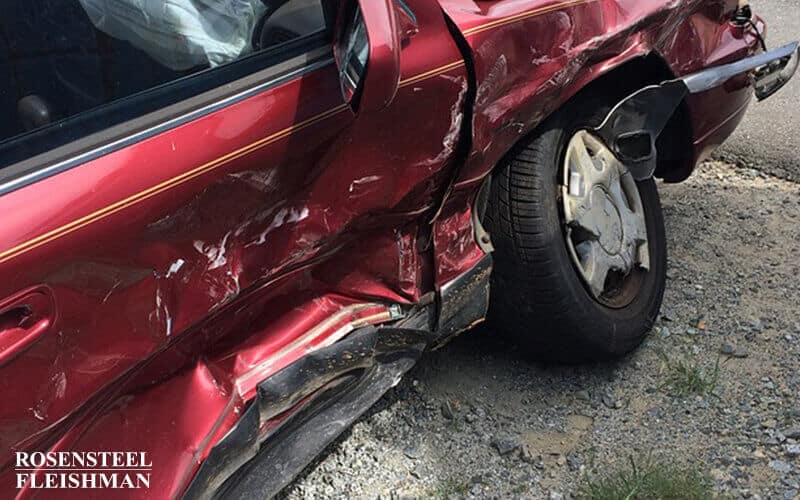 Under Age, Under Stress: Costs of Losing Control on a Highway

The worst traffic accidents often happen because there are no warning signs. They happen in an instant, and leave no way back to the life that has been destroyed. Sometimes we are undoubtedly lulled into false security by how well our roads normally function. Sadly, it’s often the youngest drivers who lack experience for handling a moment’s inattention.

In this case on Barbee Road in Durham County, a 14-year-old girl – who didn’t have a learners permit or a license to drive legally in North Carolina – was being permitted to operate her father’s vehicle. Her father sat beside the girl in the front seat.

Apparently reaching out to control the heater, the girl (named Erica) lost control of her (technically, her father’s) vehicle. A car approaching from the opposite direction was struck. As a result of the collision, the oncoming vehicle rolled over several times. After the crash, the passengers inside that car were left, upside down. Even worse, the driver of the struck vehicle was seven months pregnant. A cesarean was performed almost immediately, and baby Jonathan Andrew was born. As a result of the trauma from the traffic accident, Jonathan Andrew lived only four days. He died as a result of severe brain damage received in the crash.

A lawsuit was brought, but not only against Daimler Chrysler[1]. Also named in the suit was the young girl’s father and backseat family friend.

II.  Out of Control

To get to the issues of whether or not someone should be “imputed” as failing to exercise proper control over the 14-year-old, the Charlotte car accident attorney in this case actually developed five different arguments.

Each of the five points emphasized the potential opportunity for types of control that could’ve theoretically changed the outcome of the accident. First, and the major argument of the Charlotte car accident attorney, was that the family friend had failed to advise the girl “not to operate the vehicle.” This may have been the most compelling argument of all because of his special knowledge considering her lack of a driving permit. Second, there was a related issue about whether or not this third party could’ve exercised “reasonable control and management” over the vehicle. Third, did the person recognize the danger posed to the community at large, by allowing an unlicensed and unemancipated minor to operate this vehicle? The fourth and fifth arguments could be seen as bridges, or fact-finding issues. For example, the fourth argument by the Charlotte car accident attorney asked whether or not there was a way to warn members of the community.  An example could be found in ‘drivers ed’ vehicles, where an emblazoned sign usually warns of potential risks to other drivers. Finally, an experienced Charlotte car accident attorney knows when to make a sort of catchall argument: a fifth point, that discovery in an actual trial could uncover examples of how the adult passengers each individually or collectively failed to exercise appropriate control.

As noted above, there were also allegations of other issues regarding safety design in a car in this case. The attorney had already, in separate argument, established negligence under other theories. This case presented a central issue of whether a third party had any legal obligation of stopping a clear wrong. Specifically, whether or not there was an obligation on the part of this literal “backseat” driver to correct the 14-year-old’s inappropriate and unlawful driving. This illustrates how facts are so case-specific. A small detail can cause very different conclusions in every case. In this particular case, however, there was a general rule used by the court regarding the duty of a third-party to try and stop in injury from happening. The court said that generally there is no such duty to take any action to stop a wrong. In simplest terms, there’s usually no general duty to prevent harm to another person by another person. Nevertheless, the Charlotte car accident attorney pointed out that there are some exceptions to this general rule.

IV.  Limits on Control: Not Family?

The Court of Appeals agreed only partially with finding a duty with all adults in the car. There were limits, when it came to strangers riding in the car. So, the court could agree with the Charlotte car accident attorney that a parent child relationship in some instances does require intervention or imply control, or more rarely causes negligence to be imputed to a third-party. However, in this part of the case, it was not a parent/child relationship involved… family friends do not typically assume this obligation. In basic terms, the court refused to believe that liability should be extended to someone simply by being present. In all likelihood, the result might well have been different if the non-family member was the owner of the car, been directing the lesson, or had been a passenger in his own car.

Perhaps, if the father had been in the front seat of the vehicle… if the dad had in any way changed the facts of the case, by expressing a desire to take control. The case may have turned out differently. As it was, the experienced Charlotte car accident attorney developed three or four very different, but appropriate possibilities, to explain what happened and what should possibly have been done to avoid (the duty part of the analysis) or mitigate this horrible accident. If you, a family member or a loved one have been hurt in an auto accident—or have questions involving related injury claims or your legal rights or insurance, please contact us.  You will speak with a Charlotte car accident attorney/lawyer who can best answer your questions about how to protect your rights.  There is never a fee for this initial consultation.

[1] This was a separate case from the class action suit against the Daimler Chrysler Durango model: Durangoes were described in this other lawsuit as "dangerous and hazardous to drive, resulting in loss of use, . . . and substantially diminished value, including, without limitation, diminished resale value.”