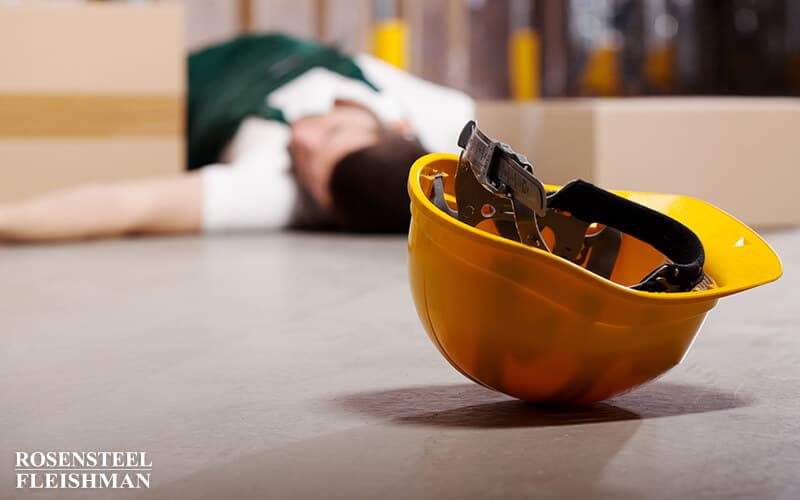 The Good Places: Forklifts & You, Ports and Workers Comp

I. Forklifts are Dangerous

Forklifts have become one of the most common – and dangerous – tools that are used at work every day. Not all of the injuries related to forklifts are life altering. But there are many times across America every day, where forklifts are involved in accidents that cause permanent, even tragic, disability. North Carolina tort claims (especially in such serious cases) almost always require an experienced personal injury or Worker’s Compensation lawyer to help you get the full picture. The injuries to Mr. G represent in the following example are one all too common example of the most serious type of forklift injury that can happen in an instant.

As a result of his injuries, Mr. G became a paraplegic, and was expected to spend the rest of his life in a wheelchair. Mr. G worked as a longshoreman for a private shipping company at a port in Morehead City. One March day, early in the morning, became his last day at work. His job looked simple enough: to move stacked lumber. The stacks were five high and towered over the floor. He’d been given specific instructions on how to do the job. He was to drive a forklift and move the stacks out of the warehouse – again, remember it was a privately-owned warehouse. The lumber was bundled four deep, four high, and were 16 feet in length. The total weight was almost 7,000 pounds a bundle. One of the bundles, at 20 feet in height, shifted and fell down on the forklift. It wasn’t the bundle Mr. G was attempting to move, but the bundle behind, which had apparently shifted and leaned forward, sagging against the end the bundle he was trying to lift with the forklift. The result was catastrophic to Mr. G: crushed within the forklift, he received permanent and crippling injuries – including a fractured back.

III.  The Strange Status of NC Ports and workers comp....

It’s never a good idea to assume the legal status of your employer. Depending on that status – whether a personal proprietorship, corporation, or government entity – talking to a trial attorney/Worker’s Compensation attorney is a great idea. Your trial attorney/Worker’s Compensation attorney will delve into the legal liability associated with what type of operation was being run. It’s been stressed here that the company Mr. G worked for was a private company, leased on port land. At the same time, the work practices of ports are such that employees from different companies in the port, and sometimes port employees themselves, often interact and communicate with each other. In working with a skilled trial/Worker’s Compensation attorney, the issues about whether or not the Port could be liable was crucial.

So, there was first what is called a “threshold” issue: in case of accidents or negligence, can an injured person, not employed by the Port, successfully sue a north carolina port?

Again, determining the legal status of an employer or a company working with your employer is vital. The correct answer can depend on your having an experienced trial/Worker’s Compensation attorney to explain the interaction and agreements between the port and private employers. In this case, the port authority claimed that it was an agent, or agency, of the state government of North Carolina. If they were right, the threshold question might prevent the port from being held liable in this catastrophic accident.

An experienced trial/Worker’s Compensation attorney will probably present three key tests to answer the threshold question. First, the expert workers comp lawyer would argue that the port is not in fact an agent, acting on behalf of the state of North Carolina. This itself would prevent the port from using what is called sovereign immunity: a shield against being sued. Next, a trial/worker’s compensation attorney might argue that even if a court thinks that a port is an agent of the State, that it has somehow waived using sovereign immunity as a defense in this case. Finally, as a last resort, a trial/workers compensation attorney would argue that the first two still don’t apply in a specific case. This is kind of a “Hail Mary” pass in terms of trying to establish liability.

There are several studies and training modules, where OSHA lists its “Top 10” most dangerous risks of warehouse work. Routinely, forklifts top the list. Part of the reason for this is that forklifts also have a lot to do with other major risks on that Top 10: moving cargo, the ways cargo is stacked, and other related issues including visibility. That’s why forklift training is also such an important part of the research involved by a worker’s compensation attorney.

The case we’ve been looking at here apparently also involved issues beyond forklift training. Having said that, let’s look last (but not least) at the sovereign immunity issue of North Carolina ports, and whether or not the court agreed with the trial/worker’s compensation attorney.

Trading and shipping ports in North Carolina actually have a fairly recent legislative history. Starting only in 1945, the General Assembly created what’s known as the North Carolina State Ports Authority. In that legislation, the legislature had actually specifically authorized the Morehead City port facility. This seemed to answer the first, threshold test: yes, the port was a state agency. The issue raised by the trial/worker’s compensation attorney about how the port operated – so as to perhaps have waived its sovereign immunity – was a much closer question. To answer this test, of how governments conduct modern business, the North Carolina Supreme Court (ironically, perhaps) had to go all the way back to a case in 1882: Clodfelter vs. State. That case suggested the answer was that a port did not operate as a private business, but had kept its governmental function. The Supreme Court went on to say that any “action against a commission or board created by statute” is actually still a suit against the state of North Carolina itself. This meant sovereign immunity had not been waived by any specific port statute since 1882.

As you can see, courts may have to look back to distant history to decide modern cases. Certainly, there weren’t any forklifts operating in 1882 North Carolina. Nevertheless, as statutes and rules and safety standards change, it’s important to keep in mind that working with an experienced, up-to-date trial/worker’s compensation attorney can determine the specific facts of your case. A trial/worker’s compensation attorney will also look at training and safety records, too, and how they match up against old or even outdated laws and regulations. If you, a loved one or even your company have questions involving injuries or claims against a government entity, including at any port, please contact us.  You will speak with an expert trial/workers compensation attorney, who can best answer your questions about how your injury or workers comp claim may be best addressed.  There is never a fee for this initial consultation.