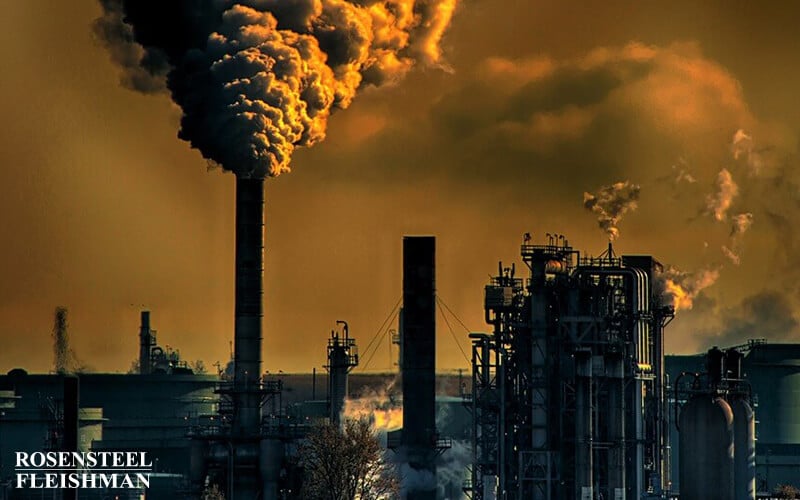 I. Mills and Lungs

North Carolina has had a long, complicated, love-hate-love relationship with cotton mills. At the same time, North Carolinians have also earned a reputation as incredibly self-reliant and dependable workers. So, it comes as an unpleasant reality when a career-related illness from the mill industry, all too often, leaves injured workers feeling stranded or left alone.

Discovering a chronic illness from a career spent in a bankrupt mill can also be a disastrous personal discovery. Dealing with the emotional issues are more than enough for anyone. The possibility that a previous mill employer may even deny any liability for these career injuries requires immediate attention by a skilled Charlotte workers compensation attorney.

An experienced worker’s compensation attorney introduced undisputed medical testimony to support Mrs. H’s claim: “she has an illness. In general terms, I thought it fit in the pattern of a chronic obstructive lung disease… She has three distinct syndrome[s] so [that]  probably contributes to that impairment. These are asthma, byssinosis, and chronic bronchitis. If she did not work and cotton, I would not have any diagnosis of this diagnosis.” Sadly, this diagnosis was to become so common that it has now derived a deadly enough sounding sobriquet… brown lung. Studies also indicated exactly how far too many employers had attempted to, in many ways, dodge any responsibility for this horrible condition. According to one study, which was developed in part through the expertise such as the worker’s compensation attorney in this case, only 2% of all comp cases were contested in North Carolina in the mid-1970s.

However, as diseases such as byssinosis and brown lung became common in North Carolina, this cooperative company attitude changed radically in succeeding years. Textile companies began contesting more than 80% of all North Carolina comp cases. It is more than fair to say that without the help of expert Charlotte Worker’s Compensation attorneys, this clear injustice and denial of medical treatment, so desperately deserved, might have gone on and caused dozens more deaths.

Regardless, these cases were to be increasingly won by experienced Charlotte workers compensation attorneys, one case at a time. This particularly relevant case was Mrs. H.’s : she, like many of her peers, had spent a lifetime working for one textile company. The Worker’s Compensation Board initially denied her claim. As with many injuries that involve poor atmospheric conditions in mill work, an attorney will detail as much as possible, percentages of partial disability. And, unlike accidents that occur causing a total disability at work, partial disability often involves an assessment of other causes or partial responsibility for disability.

One complicating factor in this case was that there was only one qualified medical witness who had given testimony. Very possibly, this also demonstrated the tendency of the Board to dismiss byssinosis claims at the time. However, this tug-of-war made it difficult to zero in on whether or not there was proven, an adequate medical relationship, between Mrs. H.’s overall disability and specific occupational disease. At the same time, the Charlotte worker’s compensation attorney had succeeded in emphasizing the fact that byssinosis could no longer be dismissed because of its clear connection to other pulmonary or lung problems. Indeed, this was to prove to be more than halfway to victory in this case as it was appealed to the North Carolina Supreme Court.

The Charlotte Worker’s Compensation attorney wisely presented evidence for Mrs. H. that, yes, it was undoubtedly true that there were other conditions involved in her disability. This allowed the workers comp attorney to prove that byssinosis (not challenged at the Board hearing) was at least “partly responsible for her disability.” Byssinosis claims should not be dismissed just because this admission implies that some other disease or infirmity is likewise “partly responsible” for disability. By doing a great job in admitting these other conditions, the judges certainly did not feel as though the comp attorney had in any way obscured the need to have more effective medical testimony. Thus, the worker’s compensation attorney himself had conceded that Mrs. H had severe allergies: to dust, mold, mildew, trees, grass, animals, feathers, cotton dust, nylon dust and polyester dust. But it was these last two which were especially persuasive in this case. The door to a byssinosis claim had been carefully propped open by a very careful workers compensation attorney.

Before fully agreeing with the arguments of the Charlotte worker’s compensation attorney, the North Carolina Supreme Court wrestled with one other major health issue. Mrs. H.’s cigarette smoking complicated an assessment about exactly what had caused her wide range of illnesses. Because of her asthma, the cigarette smoking seemed to conflict with any certainty as the fact that cotton dust had increased her symptoms. This was because byssinosis emulates or contributes to chronic bronchitis: which certainly also duplicates byssinosis symptoms. This, the court stressed, meant it was not entirely “possible to quantitate the relative contribution of the various etiological factors” and her present disability.

Ultimately, while agreeing with the thrust of the Worker’s Compensation attorney that the cotton dust (based on the medical testimony) appears to have been a factor in byssinosis, there was a need for more medical evidence on the specific point of this analysis. The Supreme Court had gone on to overrule the North Carolina Compensation Board’s dismissal, sending the case back. The attorney helped pioneer this new era of fairness, in covering byssinosis in mills.

Before this case, OSHA was severely criticized for allegedly lax enforcement of air quality in North Carolina mills. Someone who has been harmed by a career exposure to harmful dust or poor air quality has very little sympathy for non-enforcement of safety rules. Unfortunately, these workers often do not know where to turn…or even when to start. This case is a clear testament to the importance of working with an experienced and compassionate Charlotte Worker’s Compensation attorney. The break-through consequences were clearly beneficial to this one worker. This victory also aided dozens of other workers. By the end of the 1980s, workplace regulations in North Carolina routinely required air quality standards that would help prevent byssinosis. The struggle had taken years… and a qualified Charlotte worker’s compensation attorney to accomplish.

If you, a family member or a loved one have been hurt in a workplace incident or environment—or have questions about a prior or recent accident related to air quality, or involving related claims or your worker rights or hearings, please contact us.  You will speak with a negligence/ Charlotte workers compensation attorney who can best answer your questions about how to proceed.  There is never a fee for this initial consultation.