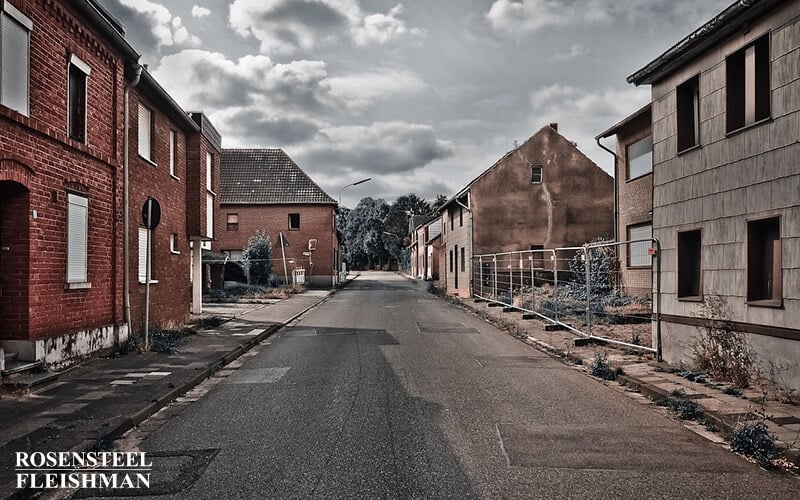 Premises Liability: When the floor falls out from under you…

Premises Liability: When the floor falls out from under you…

All buildings are an amazing metaphor for life… and sometimes, for the law. In the example and facts we will look at in this article, old structures (not only buildings) are also a great example of why you need to understand some of the basics of the unforeseen, in a structural collapse. It’s also a perfect metaphor about being on the ground floor of a case with your own experienced property or premises liability attorney. Premises liability cases may only seem obvious in retrospect. Injuries related to another person’s’ property often present difficulties in getting cooperation to fix the injury. Often records are hard to get. Control over the property often creates an obstacle to understanding what happened. For this reason, premises liability attorneys are so important to help develop records: evidence often lost or unavailable in cases involving property/premises injuries or disputes. Sometimes, it’s also difficult to make sure that the records are even produced by the person in control of them. Finally, one of the reason it’s vital to talk with a premises liability attorney, who specialize in these kinds of cases, is because of the multiheaded hydra called ‘Insurance.’

Premises claims will almost always have time frames for making notice of insurance claims. Not knowing about these timeframes often harm your ability to receive your coverage. Proving loss of income is one of the instances where it’s essential to talk to an expert: an attorney qualified in premises liability and also its many other impacts. Let’s talk about a case where many of these challenges seemed to appear, despite good intentions from everyone involved.

The building, at almost 100 years old, was attractive and seemed to suit the growing company perfectly. They were looking for something with this unique ambience and attraction. “They” were a national marketing company– based in Charlotte – that produced beautiful and creative silk plants, florals, and trees for offices.

Magnolia was a company on the grow. It went into the old Saratoga Mill building as a rental. Business was so good, that within a year after moving in the second floor, the company expanded onto the ground floor, too. Around the same time, there was a need to fix the underside of the old wood roof decking. Some planks from this decking had leaked or fallen onto the second floor. The building owners contracted to fix the roof. What was meant to be a quick short-term fix, however, uncovered major problems in the structure of the building itself. The entire roof had to be repaired. Magnolia, aware of these pending improvements, actually cleaned out part of this building to prepare. As sometimes happens with these major repairs, the unexpected occurred. A lot of the rotten wood dropped through and down, creating havoc on the way. Work areas, a break room, wiring and lights, and of course the ceiling was damaged. Fortunately, there were no reported injuries and no specific damages to inventory or equipment.

“As a result of the roof collapse, (our) production… was crippled. We lost time… with the shuffle material equipment… We could not fill orders fast enough to satisfy our customers. As we lost customers, I had to lay off experience personnel.”

Owing at least in part to these major challenges, Magnolia moved out of the old Saratoga Mill. It struggled valiantly, creatively and hopefully to try to go ahead, to survive… but it was now only a matter of time, and was forced into bankruptcy.

The company in this case had first reacted to the damages by wondering only how much of its personal property might have been destroyed or lost. Perhaps, that focus interfered with a more acute analysis. The focus wasn’t on what might be seen as intangible or special losses. The company didn’t specifically ask for damages on its losses to production or orders. A premises liability attorney could argue, successfully, that the disorder and production losses incurred by the building damage were shown by a pattern of declining ability to service customer orders. This was going to be the key battle in deciding whether not Magnolia had valid legal claims or not.

At the trial court level, the premises liability attorney representing Magnolia was not successful in asking for damages based on lost business. The case was taken on appeal.

II. Timely filing is essential to protecting your rights

One of the ironies is in this case, was having a business that was severely damaged by a freak accident. They didn’t apparently want to place “blame” or create problems for the landlord. They simply wanted their business to make the next best move in order to recoup from the mishap. Perhaps they even thought themselves ‘lucky’ not to have had equipment damaged. Ironically, this very trusting attitude was (in some ways) working against them. Instead of taking the opportunity to make a specific claim about income losses, the company just kept its nose down and kept on working.

If the loss was somewhat bizarre, then the intention by Magnolia to make a claim wasn’t. It was clear that the insurer in this case did not want to assume any liability towards Magnolia. This was the crucial point for the court of appeals. In other words, Magnolia’s premises liability attorney showed, by telephone call records and correspondence, that the company for the landlord had no intention of paying any damages to Magnolia. Proving this, the premises liability attorney was able to explain why it hadn’t been necessary for Magnolia to continue to ask for something that was going to be denied by the insurer[1]. In building on this argument, this meant the premises liability attorney would next try to prove that the “second-floor workspace” becoming unusable was so “unforeseeable” that it was the seen as an “accidental loss.”

IV.  Quite A Stretch: If all else fails…

Not giving up yet, the insurance company argued that there should’ve been some “expert testimony” as to explain the cause of the roof collapse. The court completely rejected this legerdemain, and agreed with the premises liability attorney: common sense demonstrated that the “deterioration of the roof decking was due to the leak and water damage.” Put another way, it makes sense to question whether or not ‘expert’ testimony is required to prove every instance of damage. One of the best ways to be sure that the proper choices for trial strategy are being made, in these kinds of complicated premises liability cases, is to be sure you’re working with an attorney who has experience in premises liability cases.

An injured person can have many different kinds of contacts or contracts, damage or harm, with a property owner. They can be an invited guest or even a temporary leaseholder. It can be residential or commercial. In this case, it was a growing company, acting under the very best of intentions, to simply try to make its business survive a mishap. The sooner the better to get advice after any type of injury, and to get expert premises liability legal advice—no matter how bizarre or hard to assess (as lost income can be) the injury on another’s property. If you, your business or business associate or sublessor—have questions involving insurance or premises liability claims, your legal rights with an insurer, please contact us.  You will speak with an expert in premises liability/ insurance, who can best answer your questions about how your property claims, injuries, or lost income may be best addressed.  There is never a fee for this initial consultation.

[1] Though this argument can succeed, as in this case, it’s still better to talk with a premises liability attorney before letting time pass, or before preparing your damage claims.