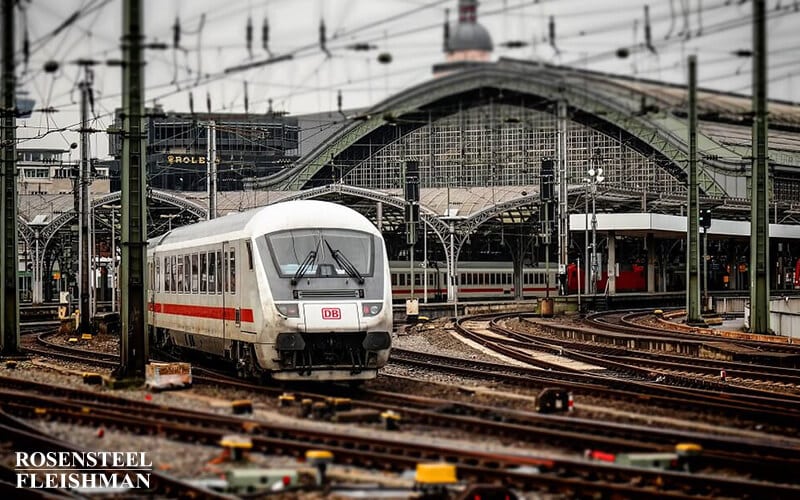 Under 45 U.S.C. §51, FELA is a federal law that was enacted in 1908 to provide unique protection and compensation for railroad workers injured on the job. Based on federal government’s power over interstate commerce, FELA makes common carrier railroads liable in damages to employees who suffer work-related injuries by the railroad’s negligence. FELA is distinct from the well-known workers’ compensation laws which bar an employee from suing their employer under certain circumstances. Unlike workers’ compensation, FELA is a fault based system of recovery, requiring an injured railroad worker, or their family, to prove that the injury was caused in whole or in party by the negligence of a railroad employee, its agent or contractor, or from a faulty piece of equipment.

In addition, FELA awards may potentially be a lot higher than those of worker’s compensation claims because FELA uses the legal doctrine of “comparative negligence.” Comparative negligence means that the jury will determine the percentage of negligence for which each party is liable and then establish the percentage of the award to be allocated to the worker. For instance, if the jury found the Plaintiff to be 15% negligent, and the Defendant 85% negligent, then the Plaintiff would only recover up to 85% of his/her losses. As a federal law, this Act supersedes North Carolina’s “contributory negligence” doctrine, where an injured person is barred from recovery for contributing a negligent act that resulted in the harm. Furthermore, if the injured worker or his/her family can prove that the railroad company violated certain federal safety regulations, the railroad company may be found strictly liable for the injuries that resulted.

In contrast, a railroad employer will not be held liable for an employee’s injury if the employer had no reasonable way of knowing about the hazard that caused the injury. Nevertheless, FELA is accorded a liberal construction, and therefore, if the railroad company’s negligence played any part, even the slightest, in causing the employee’s injury, the Plaintiff should recover. For many, the only true hurdle is determining knowledge and foreseeability. Under common law, knowledge is either actual or constructive. Actual knowledge means that the Defendant actually knew that dangerous or hazardous conditions existed. Similarly, constructive knowledge means that the Defendant was reasonably expected to have knowledge. In other words, the Defendant knew or should have known, or the Defendant failed to use due care to ascertain knowledge.

Despite the lenient standard under FELA, the common law criteria of negligence also include “reasonable foreseeability” that the Defendant’s action or omission might result in injury. As such, the element of foreseeability must be met. To illustrate the leniency of the FELA standard with respect to foreseeability, consider the 1994 case in north carolina, McKeithan v. CSX Transportation, Inc. In McKeithan, the Court awarded damages to an injured worker for injuries sustained as a result of his being bitten by an insect while he was working near a pool of stagnant water because the railroad was negligent in allowing a fetid pool to exist.

A common misconception for railroad workers injured on the job is that the worker assumed the risk. 45 U.S.C. §54 clearly states the following:

“In any action brought against any common carrier under or by virtue of any of the provisions of this chapter to recover damages for injuries to, or the death of, any of its employees, such employee shall not be held to have assumed the risk of his employment in any case where such injury or death resulted in whole or in part from the negligence of any of the officers, agents, or employees of such carrier; and no employee shall be held to have assumed the risks of his employment in any case where the violation by such common carrier of any statute enacted for the safety of employees contributed to the injury or death of such employee.”

Due to the complexity of claims under FELA and determining fault, it is encouraged to contact an experience attorney to build a strong case to maximize your recovery. At Rosensteel Fleishman, PLLC we have experience maximizing the best possible recovery for workers injured as a result of negligence in the workplace.

FELA claims can be brought in either state or federal court. Additionally, the statute of limitations for an action brought under FELA is three years. Following the “discovery rule,” this means that an injured worker has three years from the time he/she becomes, or should have become aware of his/her injury. Likewise, with respect to diseases, the claim accrues when the employee knows, or should know of both the disease and its cause. FELA covers more than just bodily injures sustained from working for a railroad company. A claim under FELA would also cover asbestos exposure, or repetitive stress and cumulative trauma injuries. More commonly, FELA claims involve:

When a railroad worker is injured, he/she may be entitled to receive compensation for lost wages, medical bills, pain and suffering, mental anguish, lost benefits, and other related damages.  Individuals injured in railroad related incidents should always make their health their number 1 priority.

Contact the personal injury lawyers at Rosensteel Fleishman, PLLC to review your case.  You will speak with a lawyer who can answer your questions and provide you options.  There is no fee for an initial consultation.