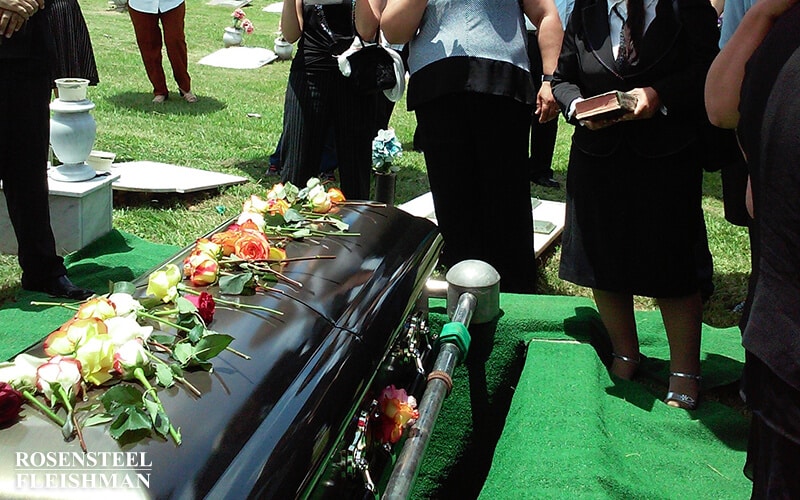 Losing a Child In An Auto Crash: Costliest of Tolls

Traffic accidents represent some of the most cruel of losses. They come with unexpected suddenness and irreversible consequences. They also involve both complex property losses and confusing legal fact patterns. The emotional and health tolls alone are reasons to rely on only the most experienced of Charlotte car accident attorneys. But beyond the emotional toll, the inconsistency and complexity of the legal system is another reason to be sure that you have the help of only the most qualified and competent Charlotte car accident lawyer/attorneys. As if dealing with one’s own auto accidents was not enough, the difficulty is multiplied when the loss involves a loved one. Recognizing this grief can be the basis for recovery under what’s called “emotional distress[1].”

One of the real problems in securing your or a loved one’s rights after an auto accident is making more sure that the legal system hears you. Working only with a Charlotte auto accident lawyer means you have an attorney who: brings real experience in how to bridge communication between the loss you have suffered and the way the legal system looks at that loss. For example, the idea of what’s “foreseeable” as an injury, can have two very different meanings. Differences between the loss a family really experiences, and how the law acknowledges or measures that reality. Where it is obviously foreseeable to grieve after a loss, the law may not see the sequence of events leading to that loss as “reasonably foreseeable.”

This current discussion concerns the loss of a 21-year-old student, named Travis S., whose life should’ve been entirely in front of him. Instead, it involves the almost incomprehensible analysis of whether or not his death was legally ‘foreseeable.’ It was left to his parents, with the help of a car accident lawyer, to present the facts of this loss in legal terms.

Travis was barely legal drinking age; at the time of his death he was 21 years old, and enrolled as a community college student. He was out drinking with friends that night at Rhapsody’s.

While Travis continued to ask for drinks, his friends asked the waitress not to serve him more: they even told her specifically that Travis “had had enough to drink.” Furthermore, they also said to the waitress that Travis was responsible for driving himself home that night. Unfortunately, other employees continued to give Travis alcohol, despite knowing he was drunk. On the way home from the bar, Travis lost control of his car. The car struck a bridge abutment and Travis died.

In north carolina, there are many factors that can be considered to define what’s foreseeable. In this case, the court used three major tests. The first was if the parents may have had anything to do with the injury (they did not). Secondly, what was the relationship between the parents and the victim. Finally, did they personally observe the event?

The complaint by the parents at the trial described their grief and shock at hearing about the car accident. The details included “his body mutilated.” They further described details of a “devastating emotional effect.” Testimony went on to describe the cascading grief that overcame them and their family. That they lost enjoyment of life and now suffered from depression and emotional grief.  At the trial, the Charlotte car accident attorney won the case of proving liability of the bar for reasonably foreseeable emotional distress for the parents.

The case was appealed on behalf of the bar, reaching to the North Carolina Supreme Court. There on appeal, the key issue was to be again the idea of what was “foreseeable.”

The Charlotte car accident lawyer relied on more than 100 years of North Carolina law granting protection for negligent infliction of emotional distress. For that matter, North Carolina had an interesting history of allowing claims for foreseeable emotional distress. One case presented from 1916 noted that unknown conditions often allowed families to claim for emotional distress. In one particular case, water had been allowed to gather in a wife’s hospital room[2]: the hospital room was so cold and damp, that she developed pneumonia and died as a result. While it could not have been reasonably foreseeable that she would get pneumonia, the Supreme Court of that day regarded failed treatment under such horrible circumstances to produce a reasonably foreseeable response in her husband.

Ultimately the North Carolina Supreme Court applied a four-step factual analysis. In order to decide whether or not the parent’s severe emotional distress was foreseeable or not, the Court seemingly raised the bar on proving emotional distress, according to the Charlotte car accident/lawyer. The four linked facts to test foreseeability were: One. The bar negligently providing alcohol; Two. That Travis would later be driving while intoxicated; Three. That there would be a fatal accident. Four. That the preceding facts would in turn foreseeably cause Travis’s parents – if he had any parents (again, the Court’s wording) – become distraught enough to suffer emotional distress. While common sense suggests that most people think having parents is pretty foreseeable, the legal standard used by the Court in this case…well, it’s different. The first three steps were foreseeable. The last step apparently, not.

IV.  An Experienced Charlotte car accident Attorney/Lawyer Advocates For You

The North Carolina Supreme Court reversed the award to the parents. It seemed fairly clear that they wrestled with this result: they repeatedly emphasized that they weren’t comfortable applying a sort of “mechanical test” to the claim. Of course this doesn’t really square with the rigid four-step analysis they employed. More telling, the court seemed more concerned that any recovery in this kind of case should be limited “only to its necessary and logical results, and not to his furthest theoretical limit.”  Despite the best efforts (and good arguments) of the Charlotte car accident attorney, the Supreme Court clearly came down on believing that the hypothetical existence of parents was an unknown factor in foreseeability of the victim having a family, for a negligent bar.

Finally, it’s important to note that the Charlotte car accident lawyer/attorney did more than argue for a case of emotional distress. These other arguments had successfully addressed, in other proceedings, grounds for liability besides emotional distress. If you, a family member or a loved one have been hurt in an auto accident—or have questions involving related injury claims or your legal rights or insurance, please contact us.  You will speak with an experienced Charlotte car accident attorney who can best answer your questions about how to protect your rights.  There is never a fee for this initial consultation.

[1] Each state has very different standards for proving emotional distress: only a qualified Charlotte car accident lawyer/attorneys will know what facts (and cases) apply to establishing actual harm as this cause of action.

[2] At various points in time, the water was up to an inch deep in the room.