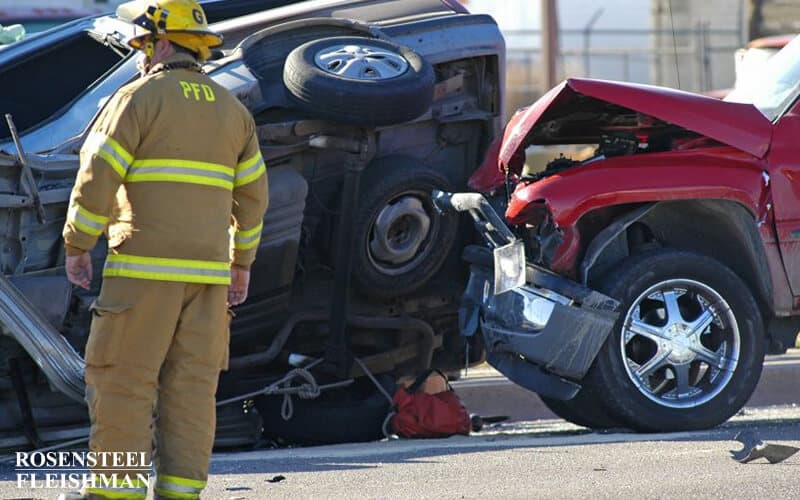 This is an unusual accident because it involved a bear, but this type of scenario could happen more commonly with another animal like a deer. In a situation like this one in north carolina, how would we assess liability for the damages suffered?

There are not many details given in the article explaining why the woman in the SUV hit the bear or why the third car hit the SUV. We do know from the report that the road on which this tragic accident occurred was “dark” and “remote.” We might imagine that the bear ran out into the road suddenly and the SUV could not avoid it, and the third car did not see the SUV stopped in the road in sufficient time to avoid it because of the dark road conditions. Does this relieve the SUV driver and the driver of the third car from liability?

As a general rule, every motorist driving upon the highways of this state is bound to a minimal duty of care to keep a reasonable and proper lookout in the direction of travel and see what he ought to see.

This duty would not require a driver to anticipate that a bear might run across the road in front of her car, even in dark, remote conditions. In fact, the only one who could hold the SUV driver liable for failing to see the bear would be the bear himself, who obviously cannot bring a claim for damages.

The driver of the third car might be potentially negligent, however. We do not know whether this driver was traveling above the speed limit or if he was momentarily inattentive, but if either of these factors was present, the driver of the third car might be negligent because he had a duty to keep a “proper lookout in the direction of travel and see what he ought to see.” If he was unable to stop before hitting the stopped SUV because he breached this duty, he might be liable for the injuries suffered.

The driver of the third car might argue that it was contributory negligence for the injured people to be in the middle of the road. Pedestrians have a duty to exercise reasonable care as well as motorists. This duty might be breached if a pedestrian fails to keep a lookout for cars before crossing the street. The situation described in the CNN report is slightly different than your average pedestrian crossing the street, however. First, it is not entirely clear from the report that they were in the road at all, since the third car first hit the SUV and then hit the three people. Second, they were in the roadway area not to cross the street but to provide assistance to the SUV driver involved in the initial accident with the bear. It seems that it would be difficult to show contributory negligence based on the few facts given in the report.

Next, let’s consider the SUV driver’s contributory negligence. We might assume that the SUV was left in the middle of the road following the initial accident with the bear. North Carolina statute G.S. 20-161 provides that

No person shall park or leave standing any vehicle, whether attended or unattended, upon the main-traveled portion of any highway or highway bridge with the speed limit posted less than 45 miles per hour unless the vehicle is disabled to such an extent that it is impossible to avoid stopping and temporarily leaving the vehicle upon the paved or main traveled portion of the highway or highway bridge.

If the SUV driver failed to comply with this statute, she would be negligent per se and only proximate cause would have to be proven to show the contributory negligence of the SUV driver. However, after colliding with a 300-pound bear, it is likely that the SUV was “disabled to such an extent that it [was]impossible to avoid stopping and temporarily leaving the vehicle” as provided in the exception to the requirement of the statute.