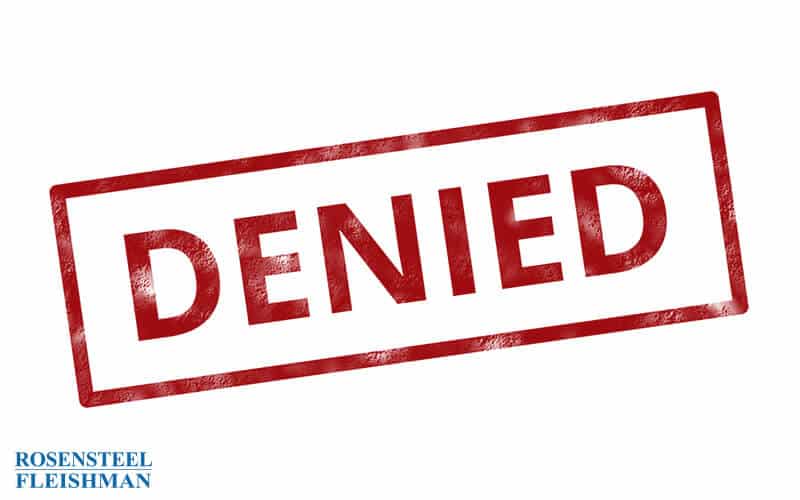 Damages available to Insured after Denial of Benefits

Generally, when an insurance company denies an insured policy benefits, the insured may be entitled to compensatory and/ or punitive damages depending on the circumstances warranting the denial. There is an abundance of cases that demonstrate damages that may be available to a beneficiary after benefits have been denied.

Without a legitimate reason for denying benefits to an insured, it is essentially a breach of contract for an insurer to fail to issue benefits. In north carolina, punitive damages are not available for a breach of contract alone. Dailey v. Integon Gen. Ins. Corp., 331 S.E.2d 148, 153 (1985). However, when a breach of contract also constitutes or is accompanied by an identified tortious act, the tort committed may be grounds for punitive damages. Id. at 153. The conduct of the insurer must be accompanied by some type of aggravation such as: fraud, malice, negligence with a degree of reckless indifference to consequences, oppression, insult, rudeness or willfulness. Id. at 154.

In Daily, the insured brought and action against an insurer for compensatory damages and punitive damages. 331 S.E.2d at 148. The trial court dismissed the insured’s claims for special damages and punitive damages, but on appeal the trial decision was reversed and the appellate court held that the insured had sufficiently alleged a tortious act that was accompanied by some element of aggravation. Id.  On remand, the Superior Court entered judgment notwithstanding the verdict for the insurer on issues for punitive damages. Id. On appeal, the appellate court held that: (1) the trial court erred in entering judgment notwithstanding the verdict for the insurer regarding punitive damages, (2) evidence supported the jury’s finding that the defendant tortuously refused in bad faith to settle the insured’s claim which was accompanied by aggravation, (3) jury’s finding that the insurer’s conduct regarding the insured’s claim was tortious and warranted punishment, (4) evidence sufficiently established and (5) that the Plaintiff’s allegations concerning incurred expenses in regards to preparing his lawsuit did not state a claim in which relief could be granted. Id.

In this case, the insured’s home caught on fire and the insurer failed and refused to settle the claim without justification. Id. at 150. As a result, the insured asserted the following three claims for relief: (1) breach of contract in failing to pay losses covered by the policy, which totaled $157,500, along with $500 a month in living expenses for as long as the house remained uninhabitable, (2) compensatory damages in the amount of $30,000 for the insurer’s bad faith failure to settle its policy obligations, which resulted in the insured incurring legal fees, loss of time, humiliation and mental distress, and (3) punitive damages in the amount of $200,000 for insurer’s bad faith refusal to settle the insured’s claim. Id. At trial, the insured was awarded $105,000 for the policy limits, $37,000 for the fire damage done to the contents of the home, $15,000 for living expenses for the thirty months that the insured was displaced and $120,000 in punitive damages. Id. at 151. After a judgment on the verdict for $277,000, the insurer moved for judgment notwithstanding the verdict. Id.  The court entered judgment notwithstanding the verdict for the insured regarding punitive damages. Id.

The decedent’s father was the owner of the vehicle that the decedent’s prom date was driving. Id. at 183. The father’s policy included a bodily injury liability limit of $250,000 per person per accident, med pay coverage of $2,000 per person per accident and collision coverage. Id. The decedent’s mother filed a lawsuit for compensatory damages for a $2,000 med pay claim and for $15,000 in punitive damages. Id. at 184. At trial, the jury awarded the Plaintiff $2,000 in compensatory damages for the med pay claim and $225,000 in punitive damages. Id. On appeal, the court upheld the jury’s verdict for punitive damages in the amount of $225,000. Id.

The insurer argued that that the trial judge erred in failing to correctly identify and explain the essential elements of a bad faith refusal to settle in its instructions to the jury and that the trial judge erred in refusing to grant the insurer’s motion for a new trial for an excessive verdict. Id. The appellate court established that in order to recover punitive damages for the tort of bad faith refusal to settle a claim, the plaintiff must prove: (1) a refusal to pay after recognition of a valid claim, (2) bad faith and (3) aggravating or outrageous conduct. Id. The insurer also argued that it did not refuse to pay the med pay claim in bad faith, but rather simply forgot to pay. Id.  The decedent’s mother contended that the defendant’s actions were insulting, indignant and outrageous based on the fact that the defendant initially attempted to settle a wrongful death claim against the driver’s estate along with the med pay claim before the wrongful death claim settled after a mistrial. Id. at 185. The appellate court did not accept the insurer’s argument and found that the trial court did not abuse its discretion regarding punitive damages. Id. at 188.The insurer appealed and the Supreme Court of North Carolina affirmed the appellate court’s decision. Lovell v. Nationwide Mut. Ins. Co., 435 S.E.2d 71 (1993).