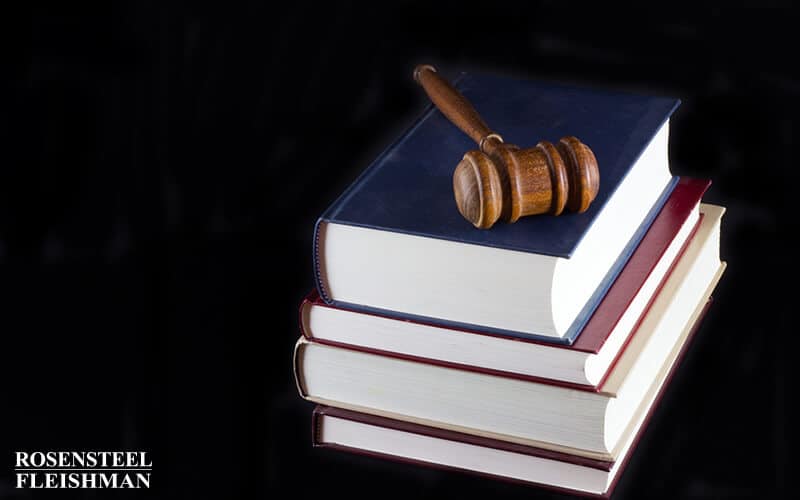 Yesterday, we talked about Saturday’s accident where Tony Stewart hit and killed another driver, Kevin Ward, who had gotten out of his car on the track. There continues to be much discussion and speculation surrounding this tragic incident, but we will pick up our discussion where we left it yesterday. We imagined a fact scenario that occurred off the race track, involving two friends, Sam and Bob. The two friends had argued and Sam got in his car to drive away. Bob saw Sam’s car approaching and went out into the street, yelling at Bob. Sam saw Bob and tried to scare him by driving closely to him, but the road was wet and slick and when Sam tried to swerve away from Bob, the back of Sam’s car ended up hitting and injuring Bob.

Yesterday, we discussed that Bob’s action for damages, if rooted in negligence, would be met with an affirmative defense of Sam’s contributory negligence. One defense to contributory negligence is to show that the defendant was grossly negligent. However, in looking at north carolina law, we determined that Sam’s behavior didn’t really fit in the established categories of gross negligence. But our common sense seems to tell us that Sam’s actions were more than merely negligent. If they were not grossly negligent, then what were they?

The 1985 North Carolina Supreme Court case, Pleasant v. Johnson, gives us some guidance by discussing the term “willful negligence” in the context of the Workers’ Compensation Act. The plaintiff and defendant in Pleasant were co-workers and the incident at issue occurred at their workplace. The plaintiff was returning from lunch and walking across the parking lot. The defendant, a friend of the plaintiff’s, drove his truck with the intention to drive very close to the plaintiff, not to actually strike him, but to scare him as a prank. However, the defendant misjudged the distance and hit the plaintiff, seriously injuring his knee.

In that case, the Court stated that

The concept of willful, reckless and wanton negligence inhabits a twilight zone which exists somewhere between ordinary negligence and intentional injury. The state of mind of the perpetrator of such conduct lies within the penumbra of what has been referred to as "quasi intent."

The Court began by defining the terms “willful,” “reckless,” and “wanton.” It first defined “‘wanton’ conduct as an act manifesting a reckless disregard for the rights and safety of others.” It noted that recklessness has been used as a synonym for wanton conduct. However, “[t]he term ‘willful negligence’ has been defined as the intentional failure to carry out some duty imposed by law or contract which is necessary to the safety of the person or property to which it is owed.” Furthermore, “[a] breach of duty may be willful while the resulting injury is still negligent. Only when the injury is intentional does the concept of negligence cease to play a part.”

Sam’s behavior indicates that he was intentional in his failure to exercise reasonable care to avoid colliding with Bob in the roadway. But he did not intend to injure Bob, so it seems that we are still in the realm of negligence. However, the Court went on to state that

Does this mean that our fact scenario has taken us out of the realm of negligence altogether? The Court went on to state in Pleasant that

The Court then concluded “that injury to another resulting from willful, wanton and reckless negligence should also be treated as an intentional injury for purposes of our Workers' Compensation Act.”

Since Pleasant, the North Carolina Court of Appeals has looked to that holding in various other cases. Shortly after Pleasant, in 1985, the court of appeals looked at the case Andrews v. Peters, which involved a defendant who tapped the back of a co-worker’s knee, as a practical joke, causing her knee to buckle and the plaintiff to fall and dislocate her knee-cap. The plaintiff instituted an action against the defendant for intentional assault and battery. The defendant argued that he did not intend to injure the plaintiff. The court stated that

The intent with which tort liability is concerned is not necessarily a hostile intent, or a desire to do any harm. Rather it is an intent to bring about a result which will invade the interests of another in a way that the law forbids. The defendant may be liable although intending nothing more than a good-natured practical joke, or honestly believing that the act would not injure the plaintiff, or even though seeking the plaintiff's own good.

Furthermore, the court noted that

[t]he defendant's liability extends, as in most other cases of intentional torts, to consequences which the defendant did not intend, and could not reasonably have foreseen, upon the obvious basis that it is better for unexpected losses to fall upon the intentional wrongdoer than upon the innocent victim.

In the 2000 case, Lynn v. Burnett, the defendant shot a gun at the plaintiff’s car, intending to shoot the tire, but instead shot the plaintiff in the neck. The court stated that “[w]hen intent to act is shown, the tortfeasor will be held liable for the results, even if they were not foreseen.” Furthermore,

Negligence and intentional tort have been described as mutually exclusive theories of liability. [N]egligence excludes the idea of intentional wrong[.] ... [W]here an intention to inflict the injury exists, whether that intention is actual or constructive only, the wrongful act is not negligent but is one of violence or aggression[.]

The court echoed the Pleasant holding and defined constructive intent as existing “where conduct threatens the safety of others and is so reckless or manifestly indifferent to the consequences that a finding of willfulness and wantonness equivalent in spirit to actual intent is justified” and stated that this “may provide the mental state necessary for an intentional tort.”

Going back to our fact scenario, we might conclude that Sam’s driving his car close enough to Bob to scare him, although having no intent to actually hit him, could be so willful and wanton that it was “equivalent in spirit” to actually intend to hit Bob. In addition, because Sam’s actions were willful or wanton, North Carolina statute would permit the award of punitive damages. G.S. 1D-15(a) states that

If you have been injured in a car accident, contact an attorney at Rosensteel Fleishman, PLLC (704) 714-1450, to discuss your option.