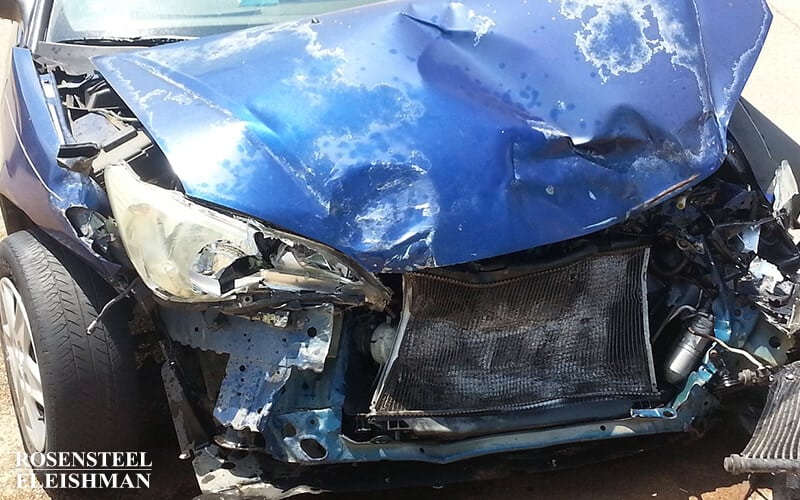 In general, once the plaintiff has entered all of their evidence they would rest. The judge would ask for the jury to be removed so any motions that need to be heard will be. It is at this time that the defense will move to have the case dismissed since the plaintiff has not met its burden. In most cases the judge will listen to the defense attorney and politely deny the motion. The motion must be made to preserve any arguments for later in the trial. In the standard Charlotte car accident case the plaintiff will meet his burden by providing information about the accident and their injuries. Certainly if there is testimony from a witness that shows the plaintiff was, by law contributory negligent then the judge may through the case out. Short of that however, the judge would prefer to let the jury rule on the case, otherwise it was a waste of time.
Assuming the judge doesn’t find for the defendant in their motion for default judgment than the it is the defenses turn to offer any evidence. Many times the defense will choose note to enter any evidence. The reason for this is simple. If they don’t enter any evidence than they get the last argument to the jury. This rule can be found in north carolina Rules of Court General Rules of Practice for the Superior and District Courts Supplemental to the Rules of Civil Procedure and is copied below.

In a criminal case, where there are multiple defendants, if any defendant introduces evidence the closing argument shall belong to the solicitor.

In a civil case, where there are multiple defendants, if any defendant introduces evidence, the closing argument shall belong to the plaintiff, unless the trial judge shall order otherwise.

Assuming the defendant does enter evidence they will lose the closing argument. This is a big gamble for the defendant to make considering it will cause them to lose last argument. Being the last person to speak to the jury is a powerful weapon and not one to be lost easily. The defendant will have to think long and hard about this.

Assuming the defendant is going to put on a witness is might very well be the defendant themselves. The number of things the defendant could discuss runs the gamut between negligence, low impact, no injuries etc. There are too many possibilities to discuss in just one article. That said, many times the defendant will deny negligence and/or argue that the impact was minor and no one was hurt. There are risks associated with that argument. By testifying the plaintiff’s personal injury lawyer is free to cross examine them on anything. It opens them up to looking bad to the jury which can cost them in the long run (more so if they had just never testified). Further, by denying responsibility it plays into the plaintiff’s argument about not assuming responsibility. Finally, it helps to explain to the jury what we are all doing here and not “dealing with the insurance company.”

It is also possible the defense puts on additional witnesses to the accident. Finally, if the defense hired their own Independent Medical Exam (IME) they may call their doctor to testify. The IME doctor is a hired gun for the insurance company is will be treated as such by the plaintiff’s lawyer. The goal of the cross of the IME doctor is to make clear who hired them and any prior testimony that they had given in support of their client’s (insurance company) claims.
At the close of the defendant’s evidence the plaintiff can put on or recall witnesses to rebut the testimony given by the defendant’s witnesses. After those witnesses are called or not all the evidence in the case has been presented. At that point the judge will ask the jury to be excused so new motions can be heard or the judge can rule on old ones. If there is a defense of contributory negligence the plaintiff may make a motion to get the judge to rule as a matter of law that there was no contrib. As in the defendant’s motions judges are disinclined to rule on these motions since doing so would take these issues out of the hands of the jury. As these are questions of fact for a jury to determine the judge would prefer the jury make the decision. As the motion will most likely be denied the next steps would be the jury instructions and closing arguments.

Determining the instructions to give to the jury for a car accident case is a complicated process. This is the portion of the case where both lawyers are jockeying for the best language for their case or to not allow specific requested instructions from the other side. This portion of a personal injury trial will be discussed in greater detail in the next article.
With some many different issues in a personal injury trial we suggest you contact an experienced personal injury lawyer. To speak directly with a Charlotte personal injury lawyer who can discuss the best course of action for your case please contact us. There is no fee for the initial consultation.