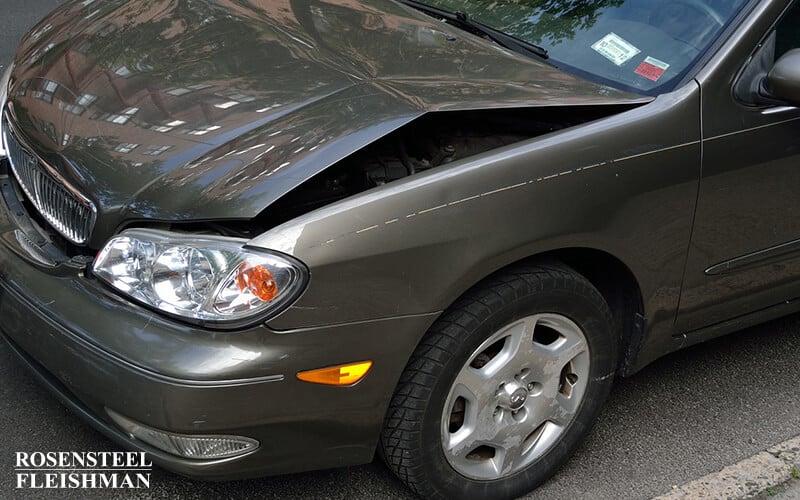 Car Accidents and the Sudden Incapacitation Defense in North Carolina

To rely on this defense, the north carolina Supreme Court has held that the defendant must prove the following factors:

The North Carolina Court of Appeals laid out these factors in the 1993 case Mobley v. Estate of Johnson. In that case, the defendant suffered from a stroke which caused him to swerve across the center line and hit the plaintiff’s car. The court recognized that “[b]y the great weight of authority the operator of a motor vehicle who becomes suddenly stricken by a fainting spell or other sudden and unforeseeable incapacitation, and is, by reason of such unforeseen disability, unable to control the vehicle, is not chargeable with negligence."

The North Carolina Supreme Court first looked at the defense of sudden incapacitation in Word v. ex rel. Moore (1999). In Word, the defendant turned into oncoming traffic and collided with the plaintiff’s vehicle. The defendant’s doctor testified that “at the time of the accident defendant most likely experienced one of three medical conditions: (i) a sensory overload caused by Alzheimer's disease; (ii) a transient ischemic attack ("TIA"), often referred to as a mini-stroke; or (iii) a heart arrhythmia.”

After reviewing the facts, the Court upheld the factors set out in Mobley and adopted them as law in North Carolina. The Court clarified that unconsciousness was not required under the sudden incapacitation defense, reasoning that

requiring unconsciousness has the potential for under-inclusiveness depending upon how "consciousness" is defined. For example, a defendant suffering from the onset of a medical emergency may not be rendered immediately unconscious, yet may, in the moments before unconsciousness, be in such extreme pain as to be incapable of controlling the operation of a motor vehicle. Without the benefit of medical evidence, we are not prepared to exclude from the applicability of the defense of sudden incapacitation situations which might render a defendant suddenly incapable of controlling a motor vehicle without rendering the defendant unconscious. We are satisfied that the four elements adopted above from Mobley provide a sufficient framework for a reasonable juror, upon proper instructions, to determine the legitimacy of the defense of sudden  incapacitation without the additional element of unconsciousness.

The Court of Appeals has looked at the sudden incapacitation defense a few times subsequent to the North Carolina Supreme Court’s decision in Word. In 2007, in Lovette v. York, the Court of Appeals decided a case that involved a defendant who had had a previous accident caused by a syncopal episode. The defendant’s doctor testified that the second syncopal episode was caused by trying to wean the defendant off of medication and at the time of the second accident the doctor had no reason to believe it was unsafe for the defendant to drive. The court held that there was sufficient evidence for the issue of sudden incapacitation to be submitted to a jury.

In 2010, in Henry v. Knudsen, the Court of Appeals looked at a case involving a defendant who had a heart attack while driving, which resulted in an accident injuring the plaintiff. The defendant had a history of heart problems, but “[d]espite his heart problems, defendant was given the authority to operate a motor vehicle by the Division of Motor Vehicles based upon a recommendation by his treating physician.” Prior to the accident, the defendant “had not had any episodes of sudden onset of chest pain like the one he experienced that day or any loss of consciousness while driving.” The Court of Appeals held that there was sufficient evidence to submit the issue of sudden incapacitation to the jury.

N.C.P.I. MV 102.30 sets out suggested jury instructions on the issue of sudden incapacitation. They read as follows:

On the matter of the defendant's sudden incapacitation, the burden of proof is on the defendant. This means the defendant must prove, by the greater weight of the evidence, four things:

First, that the defendant was stricken by a sudden incapacitation.

Second, that this sudden incapacitation was unforeseeable to the defendant.

Third, that, as a result of this sudden incapacitation, the defendant was unable to control the motor vehicle he was operating.

Fourth, that this sudden incapacitation caused the accident which, in turn, caused the plaintiff's [injury] [damage].

Thus, as to the matter of the defendant's sudden incapacitation on which the defendant has the burden of proof, if you find by the greater weight of the evidence the four things I have explained to you, then it would be your duty to find that the defendant's alleged negligence was not a proximate cause of the plaintiff's [injury] [damage] and answer the (state number) issue "No" in favor of the defendant.

If, on the other hand, you fail to so find, then it would be your duty to continue your deliberations on whether the plaintiff's [injury] [damage] was proximately caused by the alleged negligence of the defendant.

Does the defense of sudden incapacitation mean that a person with known medical issues, such as epilepsy or heart problems, should not drive at all? It depends on how those issues are controlled and basically goes back to the reasonable person test - is it reasonably foreseeable that the medical issues would interfere with the person’s ability to drive?

However, G.S. 20-9(g) permits a doctor to conduct a physical examination of a person with a known physical or mental disability and sign a certificate stating that it is a not “a hazard to public safety to permit the applicant to operate a motor vehicle.” Information to be included on this certificate, if true, might be “the examining physician's statement that the applicant is under medication and treatment and that such person's physical or mental disability is controlled.”

If you have been injured in a car accident, contact an attorney at Rosensteel Fleishman, PLLC (704) 714-1450 to discuss your options.