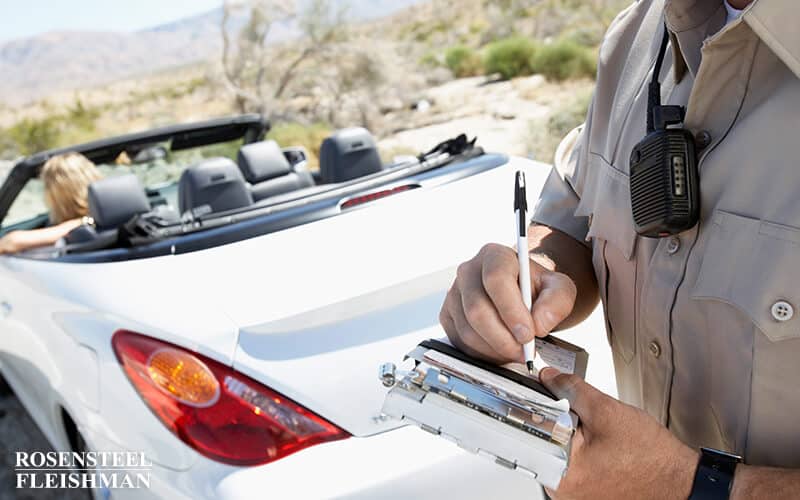 Our lawyers are repeatedly asked by younger lawyers how to handle certain situations which inevitably arise throughout the course of a trial.  We were recently asked about how to admit the police report during a car accident trial.

The accident report is admissible under two hearsay exceptions. N.C. Gen. Stat. § 20-166.1(e) requires law enforcement officers investigating an accident to make a report of the accident within 24 hours.  That report “may be used in any manner as evidence, or for any other purpose, in any trial, civil or criminal, as permitted under the rules of evidence.”  N.C. Gen. Stat. § 20-166.1(i).

For example, in Fisher v. Thompson, 50 N.C. App. 724, 275 S.E.2d 507 (1981), plaintiff argued that the investigating officer should be allowed to read an accident report in its entirety.  The court noted that the document was properly authenticated, and found that the court erred in excluding portions of the report.

“Officer Smith testified that he prepared the report in the normal course of his employment and that it was standard procedure to do so shortly after investigating an accident. He authenticated the report by identifying the handwriting thereon as his own. Thus, it appears that the contents of the report qualified for admission under the hearsay exception for entries made in the regular course of business.”  Id.

Under N.C. Gen. Stat. § 8C, Rule 803(6) (1986) of the N.C. Rules of Evidence, “Records of Regularly Conducted Activity,” highway accident reports may be admissible, as a business records exception to the hearsay rule. To be admissible such reports must be authenticated by their writer, prepared at or near the time of the act(s) reported, by or from information transmitted by a person with knowledge of the act(s), kept in the course of a regularly conducted business activity, with such being a regular practice of that business activity unless the circumstances surrounding the report indicate a lack of trustworthiness.  Fisher v. Thompson, 50 N.C. App. 724, 275 S.E.2d 507 (1981).  Such reports may also be admissible as “official” reports under Rule 803(8), “Public Records and Reports,” if properly authenticated.

Investigating officers are permitted to draw conclusions based on their interviews with those involved in an accident, and to include those in their accident report.  In Wentz v. Unifi, 89 N.C. App. 33, 365 S.E.2d 198 (1988), the court held, “Trooper Yates was entitled to report his understanding of the accident as told to him by both plaintiff and defendant.”  Id. at 40, 365 S.E.2d at 201.

Similarly, in Keith v. Polier, 109 N.C. App. 94, 425 S.E.2d 723 (1993), plaintiff objected to the admissibility of certain statements made by a driver at the scene of an accident.  The driver had died sometime after the accident, unrelated to any injuries suffered at the scene.  The court of appeals found that the statements were admissible, simply because they were contained within the accident report, and the report was admissible as a record of regularly conducted activity.  The court said:

A trooper’s conclusions about that cause of a crash may be based on his interviews with the participants, and the statements made by such persons are properly considered a part of his report.

Under both arguments an attorney should not have an issue with getting a police report admitted into evidence.