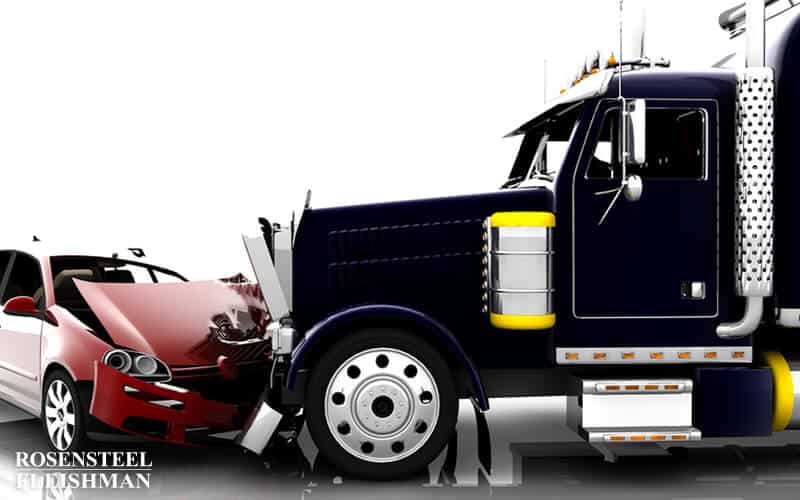 Walmart Says Tracy Morgan Should Have Worn His Seatbelt

The New York Times reports that Walmart claims that injuries sustained in a June car crash involving a Walmart tractor-trailer truck and a van carrying comedians including Tracy Morgan could have been prevented if the passengers were wearing their seatbelts. Tracy Morgan and two other passengers were injured when the tractor-trailer truck rear-ended the van while allegedly travelling 65 mph in a 45-mph construction zone on the New Jersey Turnpike. A fourth passenger was killed in the accident. Prosecutors have criminally charged the truck’s driver in connection with the accident and said that the driver had not slept in more than 24 hours at the time of the accident.

In July, the injured passengers filed a civil suit against the truck’s driver and Walmart. The suit included a claim for punitive damages because of Walmart’s “gross, reckless, willful, wanton and intentional conduct.” In Walmart’s response filed yesterday, Walmart claimed that “plaintiffs’ injuries, if any, were caused, in whole or in part, by plaintiffs’ failure to properly wear an appropriate available seat belt restraint device.” Furthermore, “[b]y failing to exercise ordinary care in making use of available seat belts, upon information and belief, plaintiffs acted unreasonably and in disregard of plaintiffs’ own best interests.” Therefore, the response concluded that “all or a portion of the injuries could have been diminished or minimized by the exercise of reasonable conduct in using the available seat belts.”

The theory of respondeat superior makes an employer liable for damages caused by their employees’ negligence during the course of their employment. An employer is held liable for their employees’ negligence because the employee is deemed to be an agent of the employer. However, under subsection (c) of the punitive damages statute, Walmart would not be liable for punitive damages “solely on the basis of vicarious liability for the acts or omissions of” the truck driver. In an earlier article, the New York Times reported that the suit claimed that Walmart should have known how much sleep its truck drivers had before driving their shifts. Furthermore, the driver had commuted 700 miles to begin his shift and the suit argued that a commute of this distance prior to beginning a shift was unreasonable and instead the employer should have had him report to a location closer to his home.

This fact scenario is similar to that found in the 2011 North Carolina Court of Appeals case, George v. Greyhound. In that case, a Greyhound bus driver rear-ended an RV. The evidence suggested that the bus driver had fallen asleep before hitting the RV. The plaintiff’s claim for punitive damages was based

It is arguable in Tracy Morgan’s suit against Walmart that the truck driver did not just inadvertently fall asleep but acted with a “reckless indifference” by failing to get sufficient rest before beginning his run. However, this would support an award of punitive damages based on the truck driver’s actions and North Carolina statute states that Walmart would not be liable  for punitive damages “solely on the basis of vicarious liability for the acts or omissions of” the truck driver. It would be much harder to show that the commute by the truck driver prior to his shift was an act of reckless indifference by Walmart. A fact that could possibly show such reckless indifference might include the driver having just returned from another shift just before his departure for his 700 mile commute, which would mean that he clearly would not have had enough time to sleep sufficiently before beginning the shift in question.

What now of Walmart’s argument in its response that the injuries were caused by the passengers failure to wear their seatbelts? Under North Carolina law, the failure to wear a seatbelt cannot be used as evidence of contributory negligence. G.S. 20-135.2A requires that “each occupant of a motor vehicle manufactured with seat belts … [has] a seatbelt properly fastened about his or her body at all times when the vehicle is in forward motion on a street or highway in this State.” However, subsection (d) of the statute states that “[e]vidence of failure to wear a seat belt shall not be admissible in any criminal or civil trial, action, or proceeding except in an action based on a violation of this section or as justification for the stop of a vehicle or detention of a vehicle operator and passengers.” Therefore, Walmart would not be able to introduce evidence of this failure to reduce its liability for the passenger’s injuries.