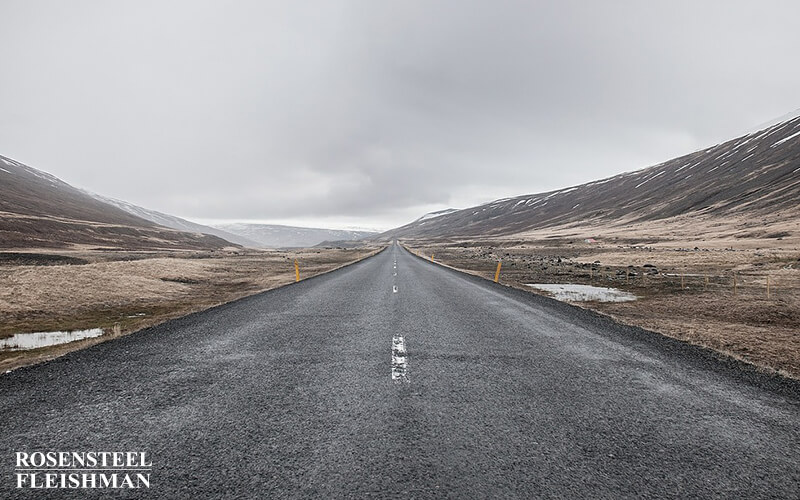 The Charlotte Observer reports that two bicyclists were seriously injured yesterday morning when they collided with a car in Waxhaw. The bicyclists were traveling northbound and the car was traveling southbound. According to police, the car made a left turn from Waxhaw-Marvin Road onto Exbury Gardens Drive right into the path of the bicyclists. The driver of the car claims that he did not see the bicyclists until the collision. He was cited with failing to yield the right of way. Both bicyclists were taken to the hospital with serious injuries, including head injuries and broken bones. The driver of the car was 17 years old.

This incident raises a number of questions about how bicycles and cars share the road and the rules governing each. Under north carolina law, both bicycles and cars are considered vehicles. G.S. 20-4.01(49) defines a vehicle as

Every device in, upon, or by which any person or property is or may be transported or drawn upon a highway, excepting devices moved by human power or used exclusively upon fixed rails or tracks; provided, that for the purposes of this Chapter bicycles shall be deemed vehicles and every rider of a bicycle upon a highway shall be subject to the provisions of this Chapter applicable to the driver of a vehicle except those which by their nature can have no application.

Therefore, all traffic laws that apply to vehicles apply to bicycles. Bicycles must drive on the right side of the road (G.S. 20-146) and yield to pedestrians at crosswalks (G.S. 20-173). If a bicyclist wants to make a turn, he must use a handsignal (G.S. 20-154). At night, a bicyclist must have a lamp on his bicycle (G.S. 20-129). In addition, a bicyclist will violate the impaired driving statute if he drives his bicycle on a public street while impaired (G.S. 20-138.1).

Bicycles not only have the same duties on the road as all vehicles, but the same rights as well. If a car driver comes up behind a bicyclist on a road, the car driver must pass the bicyclist in the same manner in which he would pass any other slow-moving vehicle, passing “at least two feet to the left thereof” (G.S. 20-149(a)). And if the car driver is passing a bicyclist on a two-lane road, the driver must wait until the left lane is free from traffic and he has an unobstructed view of the road ahead (G.S. 20-150). A car driver who wants to turn left must yield to a bicyclist coming from the opposite direction, just as he would any other vehicle coming from the opposite direction (G.S. 20-155(b)).

So how do these laws apply to Sunday’s accident? To show liability in a negligence case, a plaintiff must show that the defendant breached a duty owed to the plaintiff to exercise reasonable care and that this breach both actually and proximately caused injury to the plaintiff. All motorists have a duty to keep “a reasonable and proper lookout in the direction of travel and see what [they] ought to see.” (Holbrook v. Henley, NC App 1995) The driver of the car claimed that he did not see the bicycles until the moment of the accident. However, just because he didn’t see them doesn’t mean he shouldn’t have seen them if he had been keeping “a reasonable and proper lookout in the direction of travel.”

In addition, motorists can also have a duty created by statute. If a motorist violates a statute that is enacted for safety purposes (as most traffic laws are), then the motorist is negligent per se, and all that must shown is that the injuries were proximately caused by the motorist’s violation of the statute. G.S. 20-155(b) states that

The driver of a vehicle intending to turn to the left within an intersection or into an alley, private road, or driveway shall yield the right-of-way to any vehicle approaching from the opposite direction which is within the intersection or so close as to constitute an immediate hazard.

This means that the driver of the car (which is a vehicle) who was intending to turn left was required to yield the right-of-way to the bicycles because they were vehicles “approaching from the opposite direction [and] so close as to constitute an immediate hazard.” The violation of the statute would make the driver negligent per se and the injured bicyclists would only need to prove that their injuries were proximately caused by the failure to yield the right-of-way.

Another set of issues arise because of the age of the driver of the car. Drivers under the age of 18 have provisional driver’s licenses which are subject to certain restrictions. People who are between the ages of 16 and 18 and have not been driving at least 6 months have a limited provisional license. Those with a limited provisional license are subject to certain time, supervision and passenger restrictions under G.S. 20-11.

The article does not mention any use of a cell phone, but if the car driver had been using a cell phone, he would have been negligent per se because he would have violated a statute enacted for safety purposes which would show the failure to comply with a duty to exercise reasonable care. Only causation between the statute violation and the injury would need to be proven.