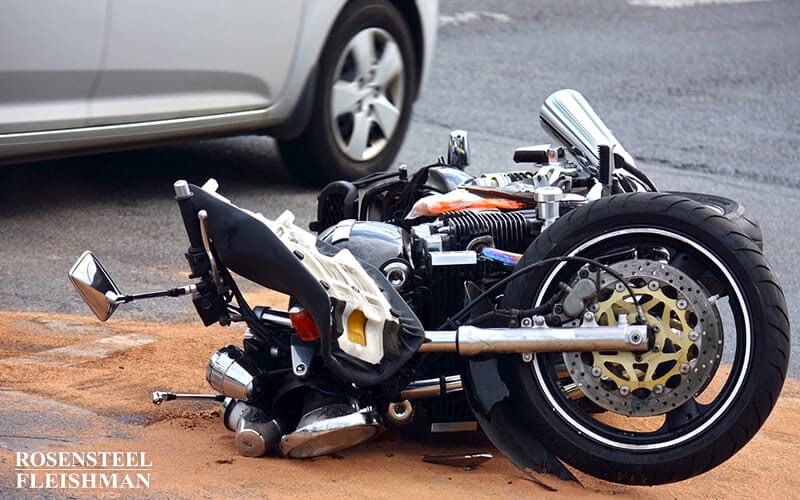 Someone once said that if we knew how dangerous life was, we wouldn’t participate. The reality is quite different, and traffic/auto/motorcycle accident lawyers often see people taking calculated risks because it’s a sport or passion. One particular area where passion almost leads to expected risks is in motocross, or simply riding motorcycles casually.

The National Highway Traffic Safety Administration, or NHTS, notes that there are likely be over 5,000 motorcycle deaths from crashes every year. Right now, this represents a slightly upward tick of almost 5% from the highest level recorded, back in 2008, when over 5,300 people died in motorcycle crashes. Biker crashes represent among the more complicated crash scenarios, and require the expertise of North Carolina personal injury lawyer.

One reason for this particular complication of motorcycle accidents is because of the equipment that is routinely used by experienced motorcyclist and motocross drivers. When that equipment is allegedly defective or has poor design issues, it’s important to seek the help of an experienced motorcycle accident lawyer as soon as possible. Because there is so often a question about equipment warranties, there’s always a special expertise in understanding where a biker’s personal knowledge and equipment advertising meet legal requirements of liability for keeping safety promises.

When it comes to joining “the injury club,” injuries and disability are open for all new members. It can happen in a moment, and last a lifetime. The Charlotte motorcycle accident attorney understood that Bruce H. was an expert rider, and had owned many types of motorcycles since Bruce was a small boy. Bruce was also, evidence presented by his motorcycle accident lawyer would later show, knowledgeable about technical aspects of safety and motorcycling. Bruce, like most who love motocross, was safety conscious about his passion.

Bruce frequently used a popular motocross practice track in western North Carolina. This particular course was known as a great course to run -- with its winding dirt course, and jumps and obstacles that won particular praise from good riders. Bruce also equipped himself for a safe run…with what was later proven to be fairly standard motocross safety gear. Bruce’s motorcycle accident lawyer presented details of the equipment: riding boots, knee braces, gloves – and a motorcycle helmet. It was this Arai MX/a motorcycle helmet, and its chin guard, that was to be of particular interest.

One particular location of the motocross track was especially well-known. It was called Table Top. In making this jump, Bruce had landed on an unseen motorcycle rider, who had gone into that particular obstacle area, at a perpendicular angle to Bruce. This meant it was almost impossible for Bruce to have known about the other rider, there and in Bruce’s line of jump. The bikes collided, and propelled Bruce over the handlebars of his own bike. In a matter of seconds, Bruce had landed with great force, and broken the chin guard that had been attached to his motorcycle helmet. He described to his motorcycle accident lawyer exactly how he was hurt. He called it a “severe popping, crunching, and pain” in his neck. He later described that he fought to breathe, and quickly realized he couldn’t move his legs. Medical evacuation to the area hospital was accomplished by helicopter. Severe and permanent injuries to his back at the C-5/C6 level meant he would be a quadriplegic for the rest of his life.

The guard had not kept Bruce’s neck from snapping forward. Instead, it had simply crumpled and not prevented a vicious snapping of Bruce’s neck onto his chest.

III.   If Ordinary Usage Is Dangerous ...

...can the helmet manufacturer escape responsibility? Bruce’s experienced motorcycle accident lawyer had several different arguments for what went wrong. These included lawsuits against not only the motorcycle rider that Bruce hit, but also the owners of the motocross track. But almost all of the trails led back to that helmet. Yes, the motorcycle accident lawyer argued, if the helmet chin guard had done its job, Bruce would not have suffered these most severe injuries.

As so often occurs with any type of vehicle accident – including a motorcycle – there are competing claims about what any mechanical or design purpose is. When it comes to motorcycles, there are even more challenging questions about what safe use is, given the supposed inherent dangers of bike riding. Because of these particularly complex factual issues, it’s important that you always speak with an experienced vehicle or motorcycle accident lawyer. In this case, the dispute was about the chin guard, which failed to keep his neck from snapping forward in such a way that his spine was fractured. The motorcycle helmet manufacturer argued that the chin guard was not designed to protect against these types of (hyperflexion) injuries. Instead, the manufacturer argued that the chin guard was meant to keep gravel and debris from the mouth and nose.

The North Carolina Supreme Court recognized that science made this a difficult case. “The task before us is more daunting still when the dispute concerns matters at the very cutting-edge of scientific research, where fact meets theory and certainty dissolves in the probability.” On the other hand, the justices at the Supreme Court agreed with Bruce’s motorcycle accident lawyer: clearly, these experts were well-qualified in evaluating the relative lack of safety in the manufacturer’s flexible chin bar.

So, if you, a family member or a loved one have been hurt in any type of vehicle or motorcycle accident—or have questions about insurance claims, safety equipment failures, or involving related claims or your legal rights or hearings, please contact us.  You will speak with an auto or motorcycle accident lawyer who can best answer your questions. There is never a fee for this initial consultation.