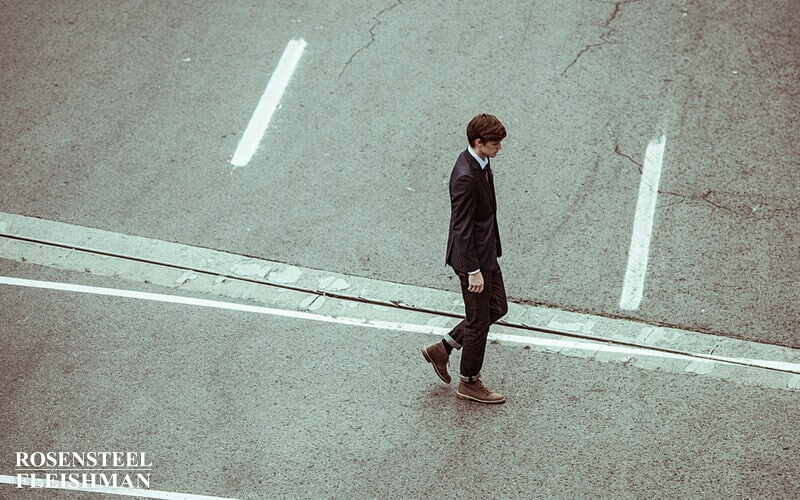 WSOC-TV reports that a pedestrian woman was killed early this morning while crossing Brookshire Boulevard in northwest Charlotte. The woman was headed to catch a bus on her way to work when she crossed Brookshire Boulevard at the intersection of Hoskins Road. There is a traffic signal at that intersection, and the car that hit the woman had a green light at the time of the accident. There was also a crosswalk at the intersection, and the woman was found near the crosswalk. The accident occurred a little before 6:30 a.m., when it was not fully light, and the woman was wearing dark clothing. The driver of the car maintains that he did not see the woman. Although the accident is still being investigated, it does not appear that alcohol or speed were a factor in the accident. Police have indicated that they do not plan to file charges against the driver at this time. It is certainly a tragic accident, but looking at the reported facts, it doesn’t seem that the driver did anything wrong. However, could he be held civilly liable?

To show liability in a negligence case, a plaintiff must show that the defendant breached a duty owed to the plaintiff to exercise reasonable care and that this breach both actually and proximately caused injury to the plaintiff. All motorists have a duty to keep “a reasonable and proper lookout in the direction of travel and see what [they] ought to see.” (Holbrook v. Henley, NC App 1995) Motorists can also have a duty created by statute. If a motorist violates a statute that is enacted for safety purposes (as most traffic laws are), then the motorist is negligent per se, and all that must shown is that the injuries were proximately caused by the motorist’s violation of the statute.

Let’s first look at north carolina G.S. 20-155(c) which begins by stating that

But it is possible that the driver still breached his duty to maintain “a reasonable and proper lookout in the direction of travel and see what he ought to see.” Maybe the driver was looking down at his phone, changing the radio station or some other such activity that would take his eyes off the road. However, none of the facts given in the report indicate such behavior. We have only been told that it was 6:30 a.m. and not quite light, the pedestrian was wearing dark clothes and the driver did not see the pedestrian. These facts indicate that even if the driver was maintaining a proper lookout, he might not have seen the pedestrian.

If the pedestrian did not see the car, she would satisfy the first element of the last clear chance doctrine because she had “negligently placed [herself] in a position of peril from which [she] could not escape by the exercise of reasonable care.”

Looking at the second element, North Carolina courts have held that motorists “owe a duty to all other persons using the highway, including its shoulders, to maintain a lookout in the direction in which the motorist is traveling." Therefore, if the driver was initially negligent, this shows that the driver “by the exercise of reasonable care could have discovered, the pedestrian's perilous position and his incapacity to escape from it before the endangered pedestrian suffered injury at his hands.”

The third and fourth elements of the last clear chance doctrine are more fact specific. For example, because the defendant motorist in Watson was driving within the speed limit and traveling around a curve, the motorist “could not have discovered plaintiff's perilous position until she drove out of the curve” and therefore “had neither the time nor the means to avoid the injury.”

If we apply the facts of the news report to these elements and assume there was some additional fact that indicates the driver’s negligence, it is still possible that the driver’s claim that he did not see the pedestrian would mean that he “could not have discovered [the] plaintiff's perilous position” until it was too late to stop or swerve and therefore “had neither the time nor the means to avoid the injury.” If this was the case, the pedestrian would not be able to use the last clear chance doctrine as an exception to her contributory negligence.