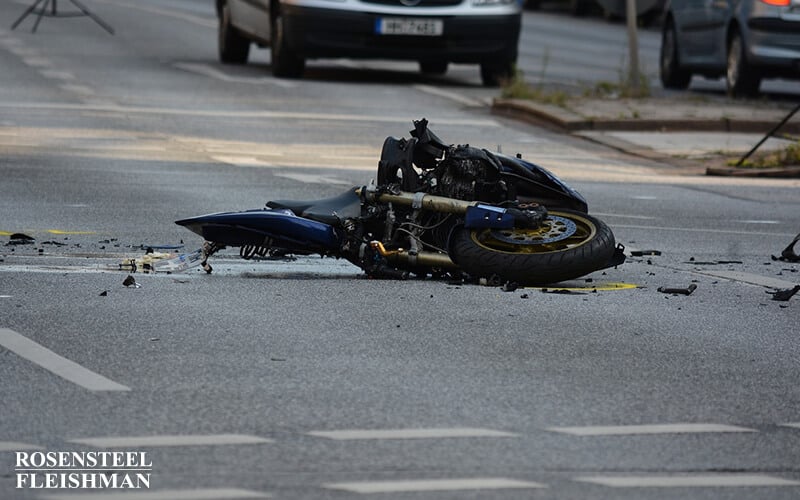 A North Carolina man was killed Saturday afternoon while riding his motorcycle in South Carolina. According to news reports, the motorcycle ran off the right side of the road, hit a road sign and then a tree, and finally threw the man from the motorcycle. The motorcyclist was pronounced dead at the scene. He was not wearing a helmet.

(a)    No person shall operate a motorcycle or moped upon a highway or public vehicular area:

(2)    Unless the operator and all passengers thereon wear on their heads, with a retention strap properly secured, safety helmets of a type that complies with Federal Motor Vehicle Safety Standard (FMVSS) 218.

(d)   No drivers license points or insurance surcharge shall be assessed on account of violation of this section.

Vehicles having a saddle for the use of the rider and designed to travel on not more than three wheels in contact with the ground, including motor scooters and motor-driven bicycles, but excluding tractors and utility vehicles equipped with an additional form of device designed to transport property, three-wheeled vehicles while being used by law-enforcement agencies and mopeds as defined in subdivision d1 of this subsection.

Therefore, if the motorcyclist had been riding his motorcycle in North Carolina, he would have been doing so in violation of G.S. 20-140.4(a)(2). The news reports indicate that no other cars or injuries were involved in Saturday’s accident. But let’s change the facts and suppose that the motorcyclist’s running off the road was caused by a negligently operated car. How would the motorcyclist failure to wear a helmet affect his ability to collect damages?

First, G.S. 20-142.(b) specifically provides that a violation of the requirement that a motorcyclist wear a helmet “shall not be considered negligence per se or contributory negligence per se in any civil action.” In the 1971 case, Snellings v. Roberts, the North Carolina Court of Appeals also used the previous version of this statute as a reason to reverse a judgment notwithstanding the verdict entered by a judge on the basis of the contributory negligence of a non-helmet wearing plaintiff.

What if, however, the car crossed back to the right lane too soon when a motorcycle was not operating the headlamps required by G.S. 20-129(c)? That section states that

If you have been injured in a motorcycle accident, contact an attorney at Rosensteel Fleishman, PLLC (704) 714-1450 to discuss your options.