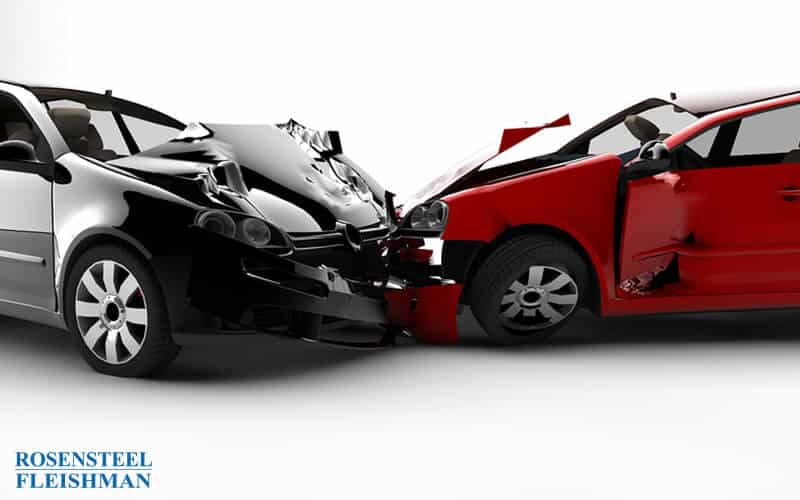 Negligence Per Se in North Carolina

Most traffic laws are designed to protect the public, and therefore, a violation of them would constitute negligence per se. The north carolina Supreme Court has explained that

It is the generally accepted view that the violation of a statute enacted for the safety and protection of the public constitutes negligence per se, i. e., negligence as a matter of law. The statute prescribes the standard, and the standard fixed by the statute is absolute. The common law rule of ordinary care does not apply--proof of the breach of the statute is proof of negligence. The violator is liable if injury or damage results, irrespective of how careful or prudent he has been in other respects. No person is at liberty to adopt other methods and precautions which in his opinion are equally or more efficacious to avoid injury. But causal connection between the violation and the injury or damage sustained must be shown; that is to say, proximate cause must be established. In short, where a statute or municipal ordinance imposes upon any person a specific duty for the protection or benefit of others, if he neglects to perform that duty, he is liable to those for whose protection or benefit it was imposed for any injuries or damage of the character which the statute or ordinance was designed to prevent, and which was proximately produced by such neglect, provided the injured party is free from contributory negligence.

A common example of this type of negligence per se is speeding, which violates the law limiting a car’s speed. In that case, a person who speeds is negligent per se, and if another person is injured, then the speeding motorist is liable as long as the speeding proximately caused the injuries.

An example of this type of statutory violation is found in the 2003 court of appeals case, Sharp v. CSX Transportation, Inc. In Sharp, a firefighter was driving the firetruck back to the station after responding to a call. On his way back, he came to a train crossing, when a train approached, causing the crossing gate to lower. Just after crossing the road, the train stopped, but the gate remained lowered. The trains in the area had a widely known practice of stopping “for extended periods of time in close proximity to crossing gates thereby causing the gates to remain lowered.” Because the firefighter was alone in the firetruck, he was not allowed to put the truck in reverse. Fire station policy also required him to return promptly to the fire station after a call. The firefighter believed that the gate was lowered only because of the train that had stopped. After waiting for a little while to see if the train would move, the firefighter proceeded to go around the gate, at which point an Amtrak train approached and hit the fire truck, killing the firefighter.

North Carolina law prohibits a motorist from driving around a train crossing gate. G.S. 20-142.1 states that

The defendant argued that the firefighter was contributorily negligent by violating this statute and therefore barred from recovering damages. Because the statute exempted it from negligence per se, the court was required to consider whether the firefighter exercised  "due care under the circumstances." Under the allegations in that case, the court determined that the defendant’s motion to dismiss should not have been granted because the firefighter’s “contributory negligence is not so clear that ‘no other conclusion can be reasonably drawn therefrom.’”

There are other North Carolina statutes which not only provide that a violation thereof does not constitute negligence per se, but also specify that a violation may not even be used as evidence of negligence. For example, G.S. 20-135.2A requires a person to wear a seatbelt, but subsection (d) states that “[e]vidence of failure to wear a seat belt shall not be admissible in any criminal or civil trial, action, or proceeding except in an action based on a violation of this section or as justification for the stop of a vehicle or detention of a vehicle operator and passengers.” Similarly, G.S. 20-137.1 requires the use of child restraint systems but subsection (d) states that not only does a violation of the statute “not constitute negligence per se or contributory negligence per se” but also “[t]he violation shall not be evidence of negligence or contributory negligence.”