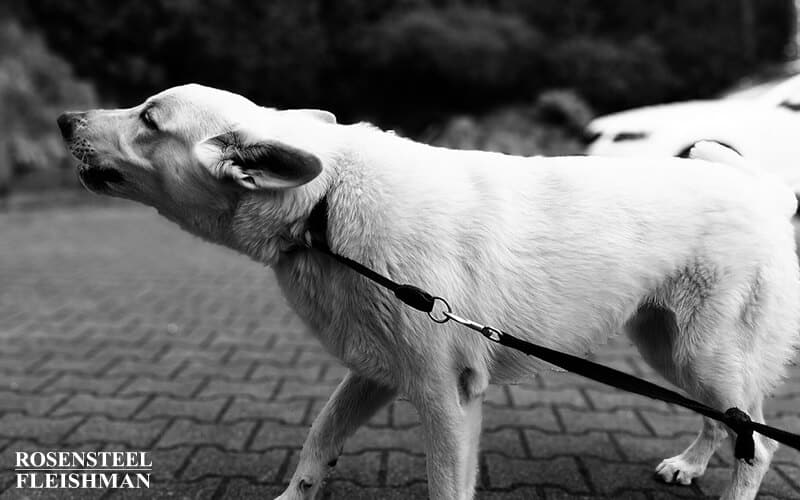 Millions of Americans have dogs, and there are copious amounts of dog bites that occur every year. In North Carolina, the victim of a dog bite can recover damages if they can prove liability on the part of the dog owner. Dog owners may be held liable if they acted with negligence in the care of their dog.  north carolina also follows strict liability laws in regards to dog bites.

It is fundamental for victims to understand the laws governing dog bites. In North Carolina, the dog bite statues apply only to dogs that are over six months of age and running at large at night, dogs that have previously killed or injured people, or are officially declared to be dangerous or potentially dangerous. The general statues define dangerous dogs as dogs that without provocation have killed or inflicted severe injury on a person. Any dog that has been harbored for the purposes of dog fighting is also classified as dangerous. A potentially dangerous dog is defined as a dog that has inflicted a bite on a person that resulted in broken bones, disfiguration, laceration, required cosmetic surgery or hospitalization of a person. The dog is also characterized as potentially dangerous if it has killed or inflicted severe injury upon a domestic animal when not on the owner’s property or approached a person when not on the owner’s property in a vicious or terrorizing manner in an apparent attitude of attack. These determinations and distinctions all impact the liability and possible compensation recovered in the event of a dog bite.

Dog bite liability determined by the courts can hinge on proving negligence on the part of the owner. The victim of a dog bite is able to prevail on the basis of negligence if their attorney can prove that the owner did not meet the duty to take reasonable care to control the dog’s behavior. Reasonable care is a standard that is used to determine a legal duty and is the degree of caution and concern an ordinarily prudent and rational person would use in similar circumstances. Dog bite cases have a multitude of factors in determining reasonable care. Chains, fences, and signs such as “beware of dog” make a court more likely to find that an owner has taken some reasonable care to prevent a dog bite. The dog’s history is also taken into consideration when determining reasonable care. Mann v. Regan set the precedent that if a dog begins growling when people lean towards it, this is a reasonable warning to an owner that precautions need to be taken even when there is no history of dangerous attacks from the dog. In addition, to the history of the animal, the dog’s breed can be a factor in determining whether or not the owner took reasonable care. Courts may presume that there is basic knowledge by owners about the potential for danger from specific breeds. Poznanski v. Horvath established that dog owners are obligated to take special precautions due to the breed of their dogs, or they could be counted as negligent.

If it is determined that an owner failed to meet the duty of reasonable care, and injuries resulted, the dog owner will most likely be found negligent. “Proximate cause” is more complex when the dog has not actually bitten anyone. The most common occurrence of this incident is when an individual is injured fleeing from a dog. In many cases, the owner is still found to liable based on negligence when a dog chases a person on a bike, causing that person to fall and sustain injuries, for example. The reason the owner is still found to be negligent in these cases is due to the fact that the cyclist would not have fallen, but for the actions of the dog. Owners will not be held liable on the basis of negligence for their dog’s actions in these proximate cause cases if again, they act with reasonable care. Sink v. Moore established that owners are not the proximate cause of injury when dogs barking behind a fence cause an individual to fall and sustain injuries because the owner used reasonable care to prevent the dog from causing injuries.

North Carolina however, has strict liability laws, which automatically makes the owner liable for the actions of their dog. Strict liability means that there is no need for a plaintiff to prove that an owner’s negligence led to the injuries sustained from a dog. The dog’s owner will be found strictly liable for the injuries or property damage if the owner violates the state’s laws by letting a dog older than six months run at large or if the dog is determined to be “dangerous” or “potentially dangerous” as defined by the statue.

Owners do have legal defenses when their dogs bite people or hurt them in some other way. A dog owner may defend against the suing party claiming that the injured person provoked the dog, was trespassing or breaking the law at the time of the injury, voluntarily risked getting hurt by the dog, or contributed to the injury by being unreasonably careless. If it can be determined that the injured party provoked the dog, then dog owners will not be held liable for the injuries sustained. A person is found to clearly be provoking a dog when they are teasing it or hitting the dog. Courts may even relieve the owners of liability in cases of unintentionally provoked dogs. Instances such as accidentally stepping on tails do not fall under owner liability. Dog owners are also not held liable if the injured person was aware of the inherent risks and chose to take the risks regardless. For example, an owner may not be held responsible if there is a prominent “Beware of Dog” sign or the injured individual agreed to take care of the dog. Additionally, dog owners are not held accountable when their dog bites trespassers.  Even in cases where a dog owner is aware that their dog has been deemed to be dangerous, they are not liable when trespassers are bitten because the owner is not held responsible when an individual’s unlawful actions cause them to get injured.

If victims can prove either that an owner was negligent, the owner falls under the strict liability laws, or the owner is unable to provide a defense, the victim may be entitled to compensation. The damages recovered can include medical bills, pain and suffering, property damage related to the incident, lost wages, and additional punitive damages. All of the damages recovered in dog bite cases are based on the actual damage that results from the dog bite.

Please contact our personal injury lawyers. You will speak with an attorney who can answer your questions and provide options.  There is no fee for an initial consultation.