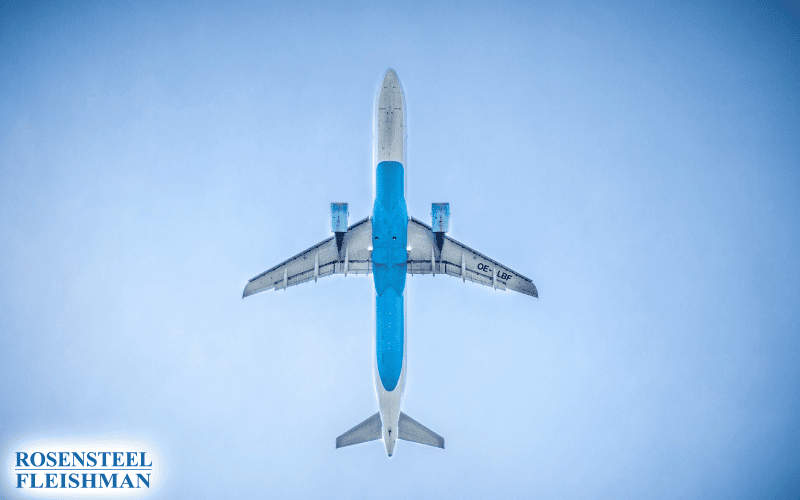 How to Bring an Airplane Injury Claim

Airplane crashes are one of the rarest types of accidents, but they do occur, and individuals need to be prepared to take legal action in the event of an airline injury. In-flight mishaps and turbulence are far more common occurrences in which individuals can find themselves injured. The Federal Aviation Administration conducted a study that found an average of 58 people are injured because of turbulence, and even more, passengers suffer injuries because of falling baggage or slips on their way to the restroom. Passengers who are unfortunate enough to sustain injuries may be able to take legal recourse against the airline, the employees on the flight, the manufacturers of the plane, or even the Federal Aviation Administration.

In tragic cases where a plane does crash, the federal government provides support services to families of deceased victims, and to survivors of the accident. The assistance provided by the government does not mean that victims or their family are barred from pursuing additional legal action, depending on the circumstances that lead to the accident.  A plaintiff that is attempting to recover damages following a plane crash will most likely pursue a claim under product liability laws, negligence, or they may make a Federal tort claim.

The plaintiff would pursue a product liability claim when defective equipment, faulty design, or structural problems with the plane were significant factors in the crash. When a plaintiff asserts a claim of product liability, they do not have to prove that the accused defendant was negligent. The plaintiff is only under a burden to prove that the defect on the plane caused the injury or death. Mechanically speaking if the aircraft was built safely and running as it was intended there is a possibility a plane crash occurred because of a pilot error or other human mistake. When there is an error, the plaintiff would most likely seek compensation through a negligence claim. The plaintiff who brings forth a negligence claim must show that the victims who were killed or injured as a direct result of carelessness of the pilot or another employee. Finally, it could be in the best interest of the plaintiff to seek recovery under the Federal Tort Claims Act. The Federal Aviation Agency is responsible for controlling all air traffic in the United States. When carelessness is present by an air traffic control employee, the plaintiff will seek damages under the Federal Tort Claims Act. Aviation Agency employees are federal employees, and thus plaintiff’s must follow a specific set of rules when suing an employee of the Federal government.

As previously mentioned, it is far more likely than an in-flight injury occurs as compared to a crash. One such estimate states that almost 5,000 injuries occur each year from falling baggage alone. The rolling food cart that is used to serve passengers is also a leading contributor to injuries passengers suffer. No matter what the cause of the injury is to an airline passenger the crucial factor in the ability of the plaintiff to recover damages will be the actions or inactions of the flight crew to warn or instruct passengers.

If the accident of the airline was caused by the carelessness or inaction of an airline employee, the plaintiff would most likely bring forth a claim based on negligence. The plaintiff must prove that the defendant fellow below the standard of care required by law, and that the defendant was not reasonably careful.

There are a few different circumstances that may arise specifically on an airplane. Airlines are classified in the legal category of common carrier. Common carriers are entities that transport the general public for a fee. Common carriers have a heightened duty of care and must act with a degree of care that is very cautious in order to protect passengers from potential harm while traveling. The airline and their employees are held to the heightened duty of care while passengers are boarding or disembarking from the plane, as well as while they are in flight. Airline employees can be found negligent if they have not adequately cleared walkways, which cause individuals to trip or if they fail to secure overhead compartments properly. Airlines are also held to a high standard of providing adequate training to all inflight personnel to ensure the safety of passengers. If an airline falls below par for proper training, they could be found negligent.

If a plaintiff was injured because of turbulence on a flight, the crew could also be found liable if the flight crew failed to provide adequate warnings to passengers. The standard of delivering appropriate warnings comes into play when the flight crew can foresee the turbulence. When turbulence can be anticipated, the crew is required to inform passengers of the needed precautions. Required precautions include warning passengers to fasten seat belts, and not move about the cabin. Similar to the flight attendant’s pilots could be found legally liable when they are not vigilant enough to notice impending turbulence. However, if an injured individual ignored warnings and was moving around the cabin, it is unlikely they will be able to collect damages.

Finally, it is possible all members of the flight crew acted responsibly, and a defective product caused injuries sustained by plaintiffs. For example, a faulty design to an overhead bin could cause luggage to fall. When the crew took all necessary precautions and the injuries sustained are due to failure of products, the manufacturers will be legally liable for all injuries.

Ideally, no airline crashes or injuries would occur. However, that is not the case, and plaintiffs must be prepared to act when there are injuries or deaths. When death does occur, the federal government provides mental health services to families and communicates daily with those close to the deceased. When the death or injuries are the results of negligence or wrongful actions by anyone, the victims could be entitled to damages. Damages could include loss of consortium, recovery for pain and suffering, any medical bills, and lost wages that a family was counting on. In rare cases, punitive damages may even be awarded given the circumstances of the injuries.

If you or a loved one was injured based on an airplane flight, please contact us.  You will speak directly with a personal injury lawyer who can best answer your questions.  There is no fee for the initial consultation.