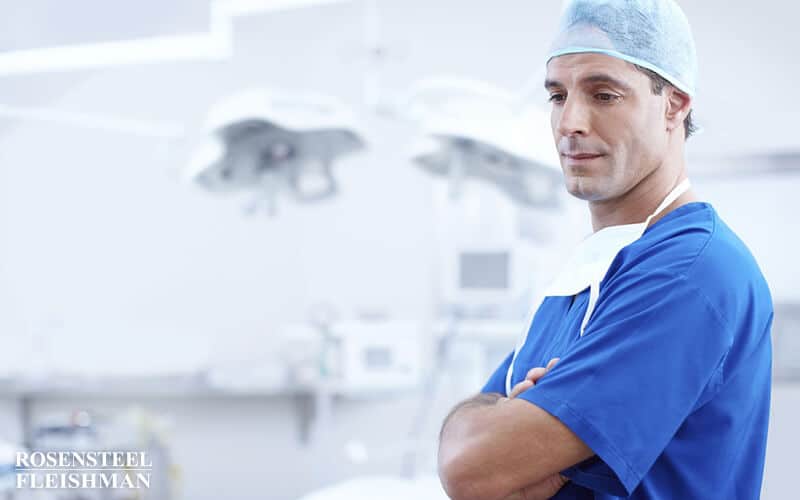 Is a Hospital Liable for a Doctor’s Medical Malpractice?

If you have ever been to a hospital for a procedure—or an emergency room visit?  If the answer is yes, then you know the bills come in quickly and usually from more than one medical provider.  For example, you go to your local emergency room for stomach pain.  You are admitted for appendicitis and subsequently have surgery.  A day later you are discharged home to recover.  Then six different bills arrive, one from the hospital, the emergency room doctor, the surgeon, the anesthesiologist, the  pathologist, and the radiologist.

Why are you getting bills from different providers when you went to only one hospital?  Because not everyone who treated you is an employee of the hospital.  Among other kinds of medical providers, the services of emergency room doctors, surgeons, anesthesiologists, and radiologists may be provided by independent contractors.  Does that mean the hospital is not responsible for the negligent act of an independent contractor?

When is the Hospital is Liable?

This is not a simple question to answer because there is no definitive answer.  Generally, employers are vicariously liable (someone is held responsible for the actions or omissions of another person) for the negligence of their employees, but not for the negligence of independent contractors (with exceptions).

Respondeat superior (a Latin phrase meaning let the master answer) is a legal doctrine which describes the responsibility of an employer for the actions of employees performed within the scope of their employment.  This doctrine is also known as the master-servant rule, which is recognized in common law, as well as civil law jurisdictions.  The concept is founded on the principle that a business should bear the costs of the negligent acts or omissions committed during the course of conducting business.

If a doctor, who was an actual employee of a hospital, administers a contraindicated (should not be used) medication to a patient, and the patient suffers harm as a result, the hospital and the doctor would be liable for the medical mistake.  Is the hospital still responsible for the doctor’s actions if he/she was independently contracted by the hospital?  Did the hospital have a "right of control" over the doctor?

The degree of control generally falls into three categories:

Behavioral: Does the hospital have the right to control the manner and means of achieving the result desired?

Financial: Are the business aspects of the doctor’s job controlled by the hospital?  Does the hospital provide the instruments, supplies, etc., that the doctor utilizes?  Is the doctor paid for his/her time, but does not risk a loss in wages if the treatment to the patient is not profitable?

An independent contractor may profit from the job, take the risk of loss, make an investment in tools, equipment, supplies, and facilities appropriate for his/her business.

Type of Relationship: Are there written contracts between the doctor and the hospital? Did the hospital offer employee type benefits, such as insurance, vacation/sick pay, retirement, etc.?

The IRS has their own tests for determining the relationship between an independent contractor and an employee.  The 20 Factor Test looks at 1) No. Of Instructions; 2) No Training; 3) Services Don't Have To Be Rendered Personally; 4) Work Not Essential To The Hiring Firm; 5) Set Own Work Hours; 6) Not A Continuing Relationship; 7) Control Their Own Assistants; 8) Time To Pursue Other Work; 9) Decide On Job Location; 10) Order Of Work Set; 11) No Interim Reports; 12) Paid By Job; 13) Work For Multiple Firms; 14) Pay Business Expenses; 15) Have Own Tools; 16) Significant Investment In Their Business; 17) Offer Services To General Public; 18) Can Make Entrepreneurial Profit Or Loss; 19) Can’t Be Fired At Will; and 20) No Compensation For Non-Completion. (irs.gov)

The U. S. Supreme Court has indicated that there is not one rule or test for governing whether an individual is an independent contractor or an employee for purposes of the Fair Labor Standards Act.  The Court has held that it is the total activity or situation which controls.  Among the factors which the Court has considered significant are:

If you believe you are the victim of a medical mistake, call our medical malpractice lawyers today at 704-714-1450.  We have the expertise and experience in matters of medical negligence and will thoroughly investigate your claim(s) to determine who the responsible parties are and fight for your right to just compensation.