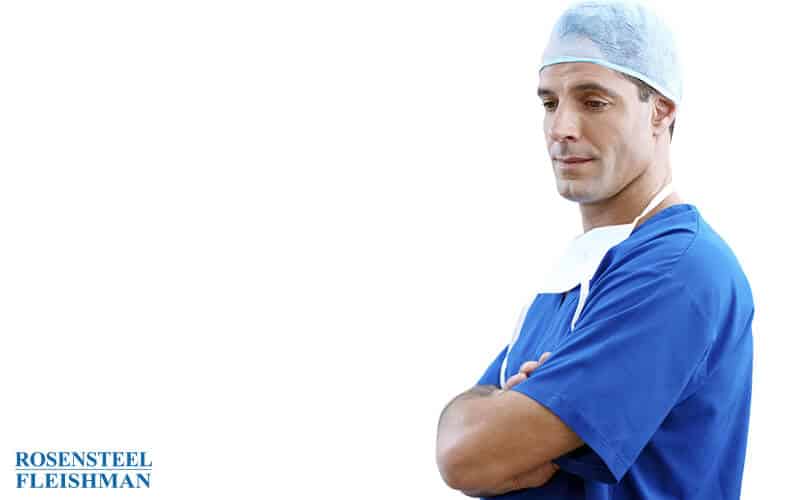 The Delivery of Justice: Medical Negligence and Conception

Emotions will run very high when an injury involves our children. Imagine, the complications and emotional conflicts with conceiving a child, when there’s an allegation of medical negligence. Next, try to imagine a couple, who tell their physician that they simply cannot afford another child, only to find that their medical practitioner has probably not been competent in the use of a preventive intrauterine device (IUD). Concurrent with their difficult decision to have no more kids, Varonica J. also began experiencing abnormal uterine bleeding. As a result, her doctor performed a D and C, as well as a cervical biopsy. Another operation followed to treat her for a suspected ovarian cyst. These surgeries always involved a very specific request by the couple to be assured of the IUD’s ongoing function and protection against pregnancy.

The couple got the news: she was pregnant with another child. They discovered that in fact the IUD had been removed during a surgery.  Exactly one year after their child’s birth, the couple filed a lawsuit against the doctor for both medical malpractice and breach of contract. The breach of contract argument was dismissed by the Supreme Court—we’ll talk about that a little. But the judges had a much warmer welcome for the malpractice claim associated with this unintended pregnancy. It’s the malpractice claim that should give hope to people who need the help of an expert medical malpractice lawyer.

No one can disagree with the fact that medicine often radically changes. That’s why there’s a test that’s well-argued by a qualified malpractice attorney: what is the existing standard of care for the medical community? In this case, the malpractice attorney noted that the doctor himself held himself out as a “skillful practitioner in the surgical placement of intrauterine devices.” That this perhaps also involved questions of contract was a skillful argument by this malpractice attorney. In other words, the promises of the doctor to perform well were both described: first by the reasonable medical community standards in north carolina, and secondly by what this doctor specifically promised to do. Time after time, the malpractice attorney proved, the doctor said there would be “no difficulty” with regard to placement or replacement of the IUD.

Many people are familiar with the phrase wrongful life or wrongful birth cases. These cases were very different from this case. This case specifically involved whether a doctor had been negligent in the treatment and advice—advice that prevented Varonica from getting the best medical care, based upon informed consent of the patient. Besides, the so-called wrongful life cases often involve children with expected issues such as severe birth defects: not an IUD. The North Carolina Supreme Court specifically distinguished the mother’s claims of harm from these other cases. The Court went even further and generally rejected the doctors attempts to relate these types of cases. On the other hand, the court did note the problems of suing for breach of contract against doctors in North Carolina.

Malpractice, and not breach of contract, is seen as the better remedy for malpractice in the state. This meant that it is hard to get recovery for child-rearing expenses. This was to be the single largest blow against the father’s arguments for future “damages.”

It’s good sense, for harm that’s done the mother and any harm to the father be assessed separately and specifically. This understanding of overlapping but unique parental status is another reason that medical malpractice attorneys are such specialists in calculating damages. While the mother had specific complaints regarding her physical condition that could be the cause for her damages, the father had no such physical complaints. In fact, Varonica continued to have severe pain and the need for ongoing treatment after the surgeries. The father did, however, have potential grounds for costs associated with any malpractice. Interestingly, the husband in this case chose not to sue for what is called a loss of consortium, due to his wife’s injury. Instead, the dad’s argument was strictly about the costs to rear the child. The father asked for financial support until the child turned 18.

The majority in this supreme court decision said that it was impossible to actually calculate the cost of any negligence in this case related to the costs of being born. In fact, the court said that it was an impossible balance of cost/benefit to try and strike. Noting that there are triumphs as well as disappointments, joyous times, sorrows and pride… all in “the redeeming hope that the child may bring to those who love him.”

IV. Conclusions: And, A Future Prediction?

The Court majority here emphasized that this was not a so-called ‘wrongful life’ lawsuit. They confined themselves to the issue of what the doctor had failed to do (though there was a dissent). This was especially important because it allowed the malpractice attorney to present evidence of specific damages. The award for long-term care was too subjective, as noted above. On the other hand, the malpractice attorney established definite harm related to the cost of all the medical procedures, and costs incident to the actual services that were rendered.

Generally, the North Carolina Supreme Court was very much in line with similar decisions across the country. It is worth noting the dissent (perhaps in a bit of fortunetelling?) to this opinion wanted to have the father’s case heard as well. One recommendation of the dissent was that the trial court, and not appeals courts, should be given the latitude to specifically assess damages in these kinds of conception cases. The dissenting judge also wanted to keep alive the malpractice attorney’s argument on breach of contract. This may well be a forecast of how the law in North Carolina may change.

The best conclusion to this difficult case was that the child born to this couple was healthy. In a similar way, it can be argued that the legal system was also made a bit healthier, by the advocacy of the trial attorney in this unique medical malpractice case. This case again demonstrated the importance of full disclosure and communication. The Supreme Court of North Carolina ruled that the doctor had failed to advise them the IUD had been removed, and then specifically that she could become pregnant. If you, a family member or a loved one have been hurt in any medical procedure—or have questions involving information regarding your treatment, which may have been misleading or inaccurate, please contact us.  You will speak with an experienced medical malpractice lawyer… a trial attorney who can best answer your questions about how your case of possible health professional’s negligence or medical malpractice should proceed.  There is never a fee for this initial consultation.